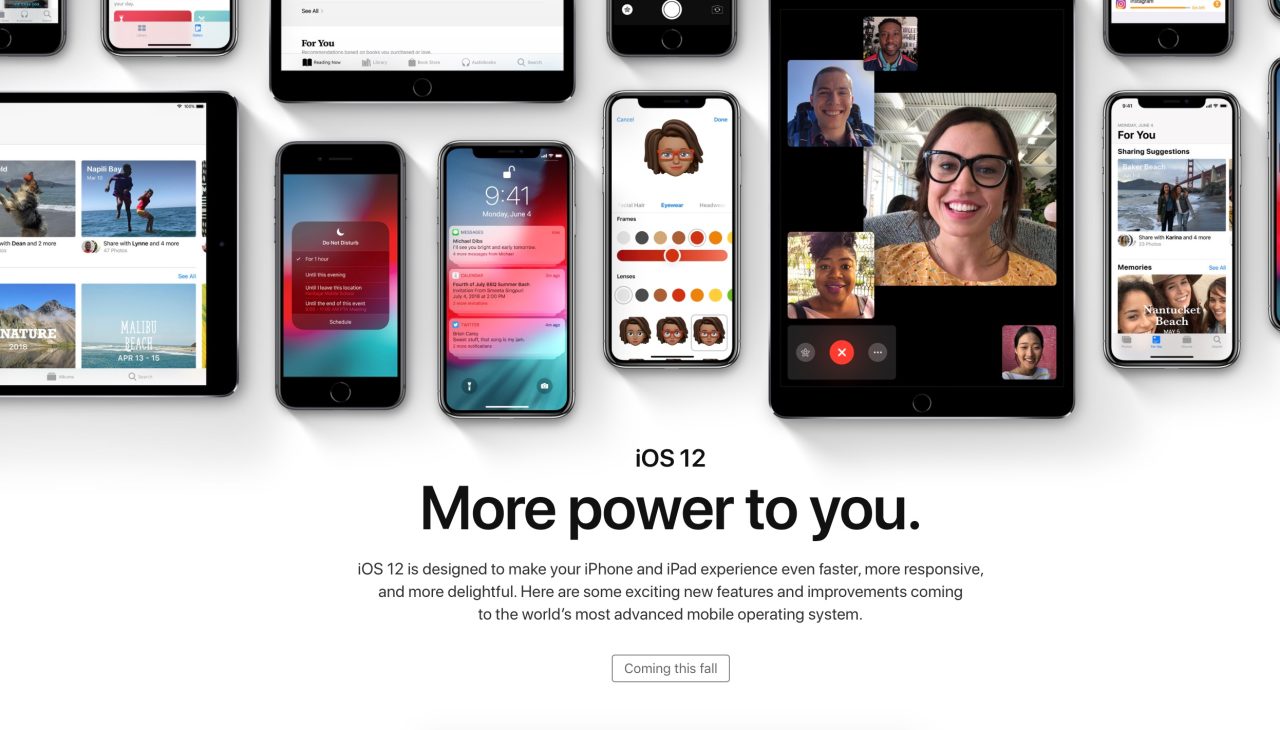 Apple is adding a few new gestures to iPad on iOS 12, that mirror how users navigate on the iPhone X. iPad users can now swipe up to the home screen and open Control Center with similar gestures to how the iPhone X works (and the 2018 notch-screen iPhone lineup coming later this year.)

It’s also worth pointing out that the time in the status bar on iPad has been moved to the left side of the screen. Both of these changes hit at a bezel-less iPad with a notch coming later this year  …

The new gestures in iOS 12 extend the four- and five-finger gestures that have been available for a while.

Apple says that you can now go to the home screen by swiping anywhere on the Dock. This is a rough approximation of how the iPhone X works with the home indicator. To use it on iPad, you first need to swipe up once to activate the dock and then swipe again to jump to the home screen.

Apple hasn’t changed the location of Control Center on iPhone X with iOS 12. Instead, it’s doubling down and bringing the same gesture to the iPad. You can now jump in to Control Center by swiping down from the top right corner of the screen. 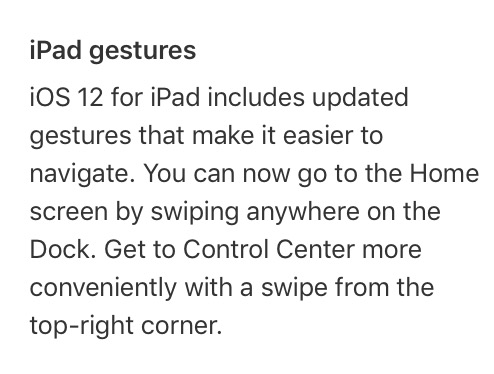