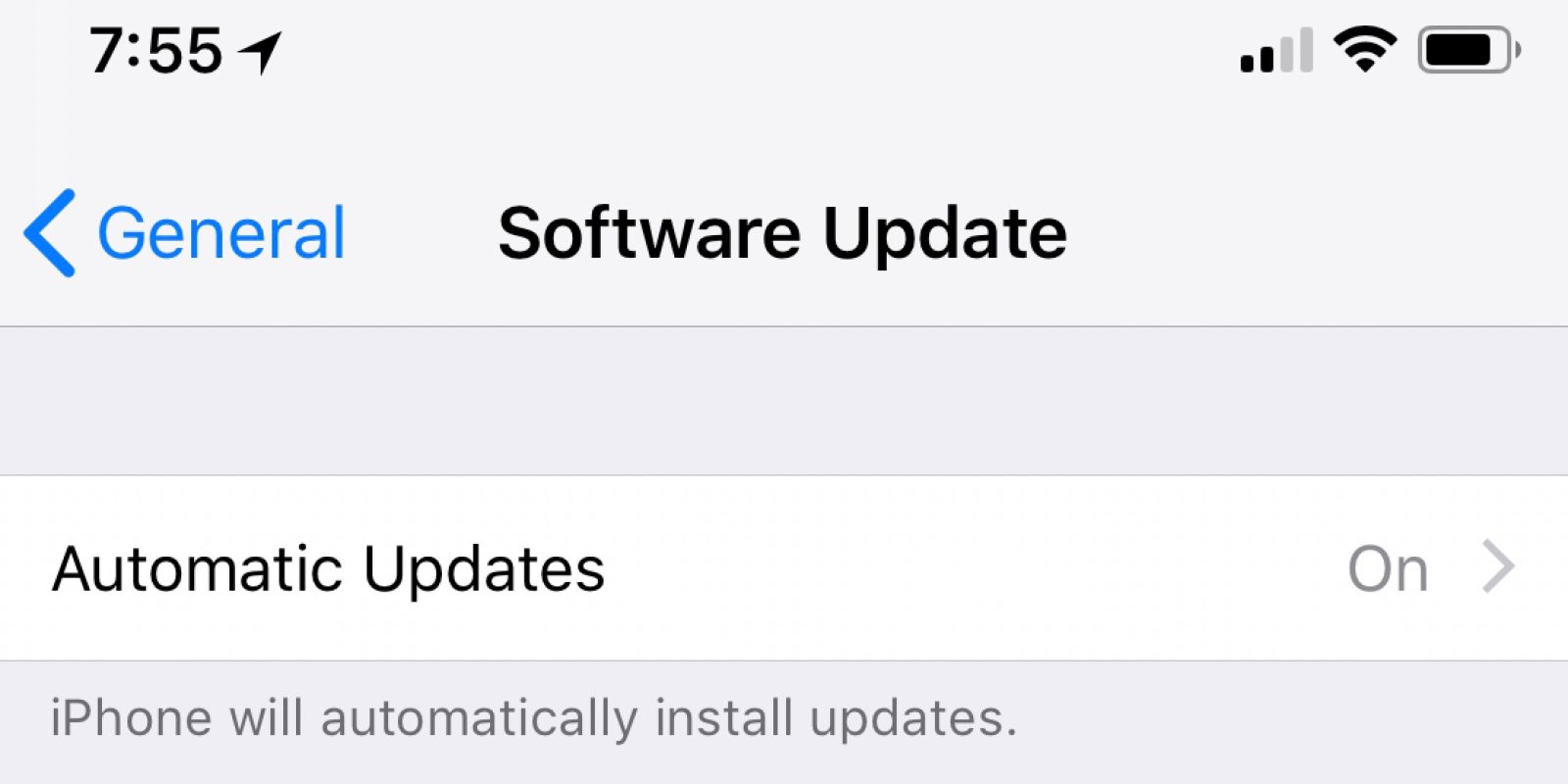 Hidden in the iOS 12 Settings app is an indication that Apple might be planning to support automatic software updates. While the company didn’t address the feature on stage, nor is it mentioned on the iOS 12 preview page on Apple’s website, there’s a new toggle in the Settings app…

If you head into the Settings app on iOS 12 and choose General, then Software Update, you’ll see a new toggle for “Automatic Updates.” By default, this toggle is unchecked.

While details are sparse at this point, Apple simply says that enabling automatic software updates means that your iPhone will automatically install iOS updates.

Currently, Apple gives users two options when it comes to installing iOS updates, but both require being prompted by a notification or heading to the Settings app and checking for updates. From there, users can either install the update immediately or schedule it to install overnight.

We’ll learn more about how automatic iOS updates will work as Apple starts rolling out iOS 12 releases throughout the rest of the year.

Have you noticed any additional iOS 12 features that haven’t been covered? Let us know down in the comments!