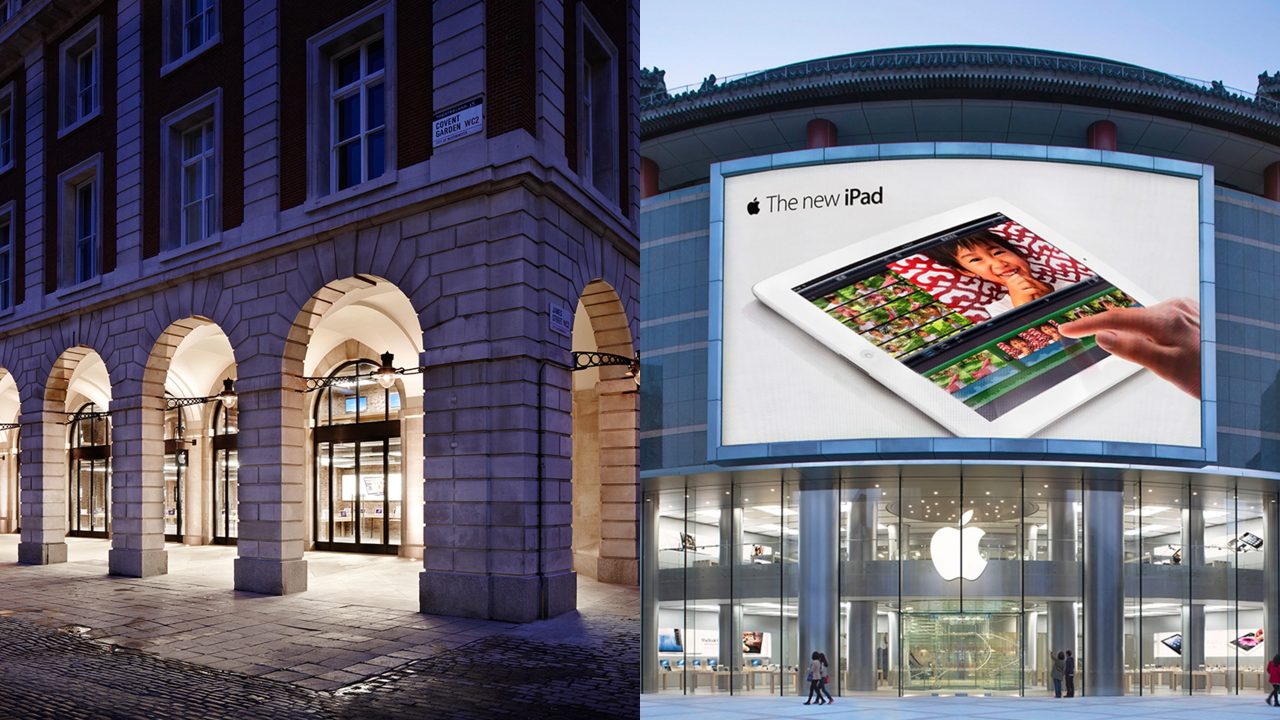 Messages posted this weekend to Apple’s website confirm that the company’s Covent Garden and Wangfujing retail stores will close later this month to be refreshed with new store designs.

Recent store closures reflect Apple’s desire to remodel all of their existing retail locations that haven’t been brought into the Today at Apple era, not just small and aging stores. Instead of receiving complete remodels, these larger and more modern locations will likely receive only key fixture upgrades like video walls and new display cases. Public documents detailing Apple’s Palo Alto renovations mention a video wall and back of house improvements as the only notable changes.

South of Beijing, Apple’s Nanjing IST store closed on June 3rd for similar changes. Storeteller notes that Apple Causeway Bay and Apple Jiefangbei are also being renovated, but remain open with limited access. In the United States, stores in Lehigh Valley and Orland Park are expected to relocate later this year, but no closures have yet been announced. Today in LA’s Beverly Center, a brand new store replaced a cramped space from 2005.