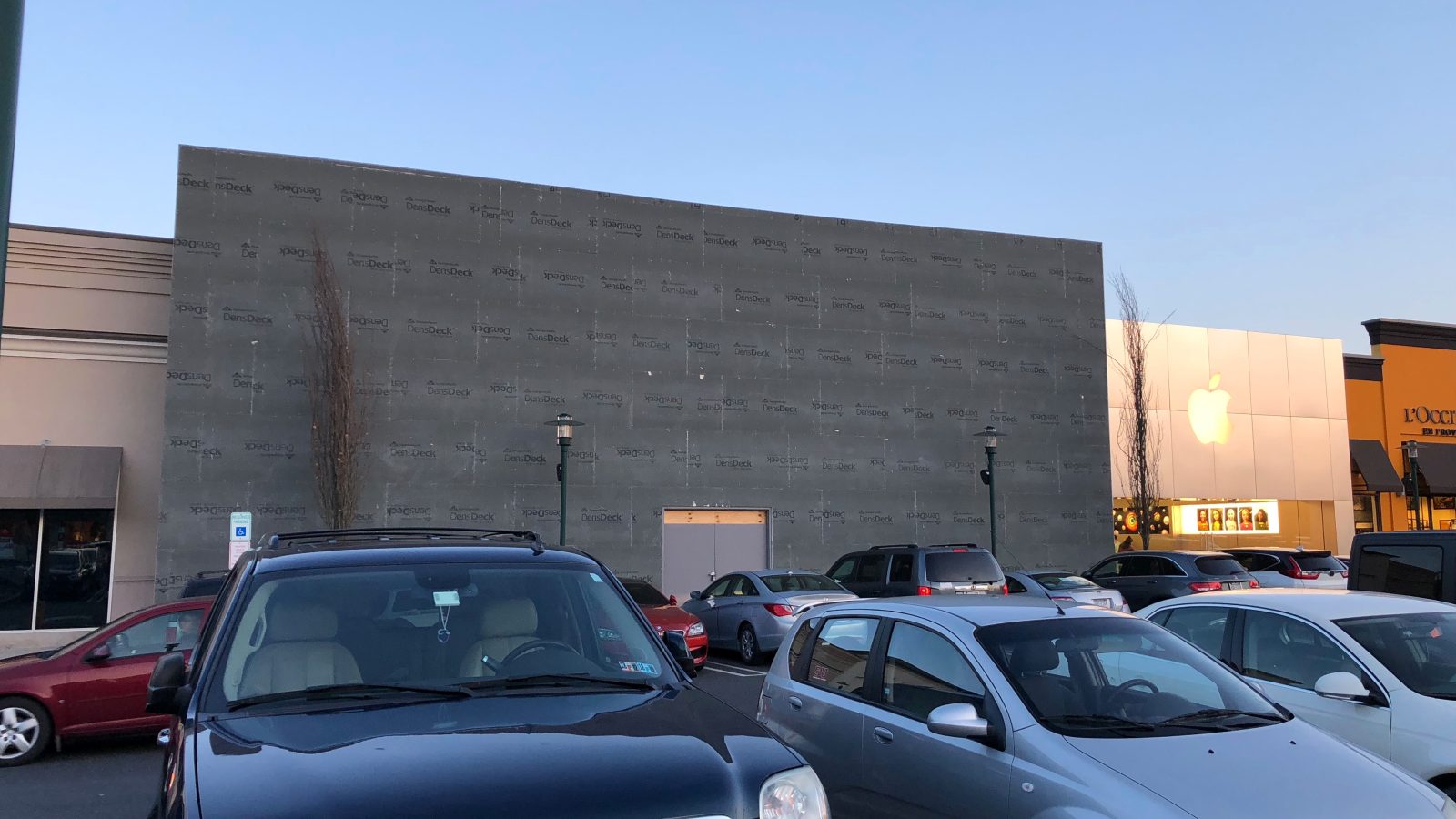 Two more of Apple’s smaller mall locations are set to relocate to significantly larger spaces this year, according to a document filed with the U.S. Securities and Exchange Commission. Both stores are due for renovations, having retained largely original appearances since opening in 2007.

Speculation about Apple’s expansion in Lehigh Valley first began this past March, when the closure of both Ann Taylor and J. Crew locations adjacent to Apple’s storefront were announced. A photo posted by Bobby Trif (above) in early April showed large, temporary walls constructed around both vacant facades. The move has now been confirmed thanks to a document discovered by The Morning Call, which was filed with the SEC by mall co-owner Simon Property Group.

The same document also revealed Apple’s plans to relocate their Orland Square Mall location near Chicago just down the hall to a space formerly occupied by Forever 21. The fashion retailer has recently moved to the mall’s second floor, according to the Orland Square Mall website. While Apple has not publicly commented on either store move, both locations are expected to be completed during the remainder of 2018, according to the filling. More specifically, Apple’s Lehigh Valley construction has a projected completion date of September.

The findings join a growing chorus of active construction projects Apple has in the works across the U.S. On May 6th, Apple will close their store in White Plains, NY for renovations. Work has already begun to remodel Apple SouthPark in Charlotte, NC, which closed on April 22nd. Apple’s Natick, MA location was scheduled to close on the same day, but all references of remodeling have been scrubbed from the store website.

Just this week, we learned of Apple’s plans to begin remodeling their Palo Alto store in mid-May. Bloomberg’s Mark Gurman noted that Apple has also filed construction permits for their store in Leawood, KS. In addition, 9to5Mac has independently learned that Apple may be planning to open a dramatically larger store in Florida’s Aventura Mall. While we have not yet confirmed the legitimacy of the tip, the Avenutra Mall did recently celebrate the completion of a large expansion wing.

Follow along with our Apple retail guide for more store news.