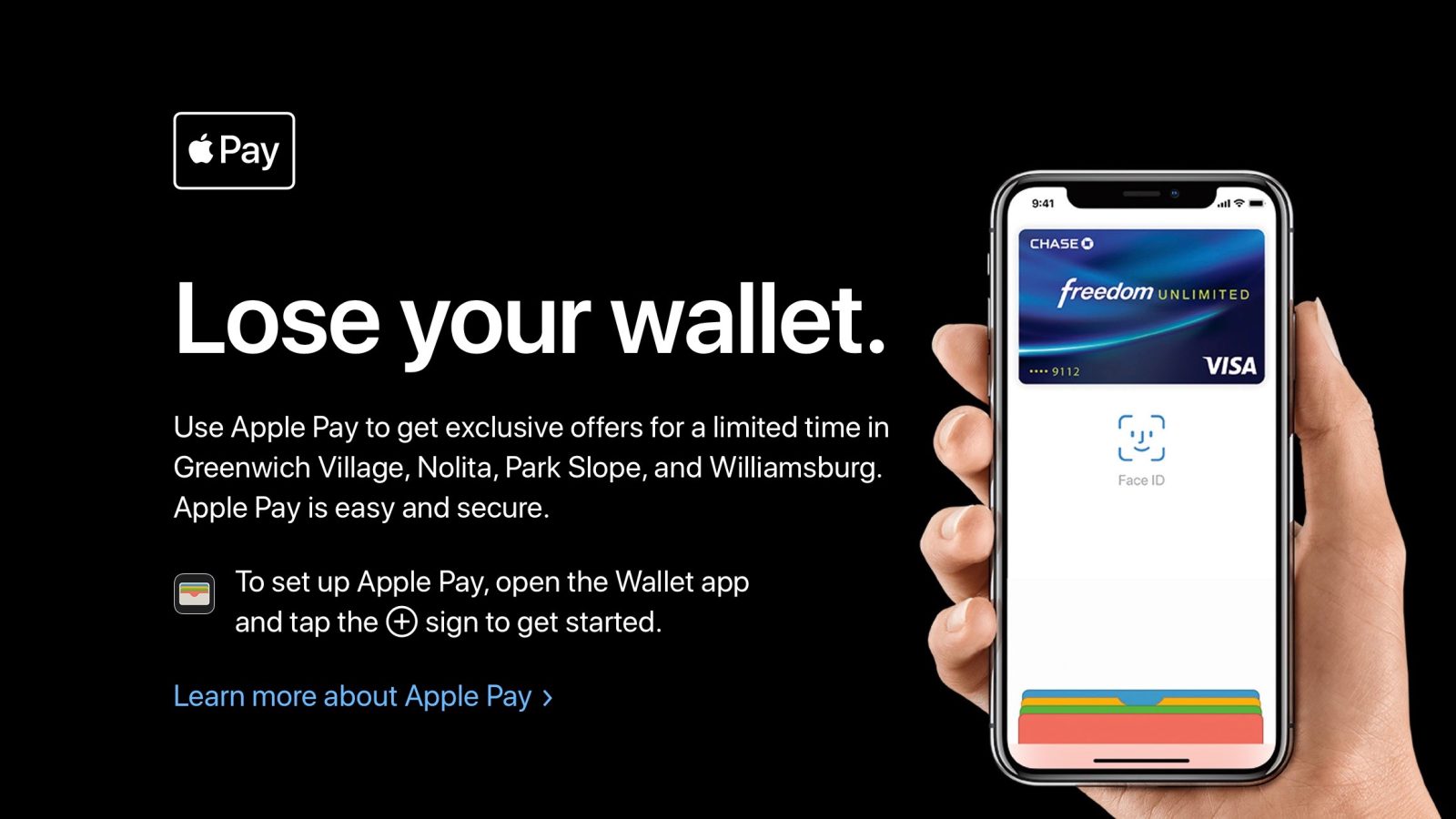 Apple is holding another one of its ‘Lose your wallet’ Apple Pay shopping events this month. According to the company’s website, shoppers in a handful of New York City areas will be able to lock in exclusive discounts when they shop using Apple Pay…

Apple says shoppers in Greenwich Village, Nolita, Park Slope, and Williamsburg will be able to score the exclusive deals.

Use Apple Pay to get exclusive offers for a limited time in Greenwich Village, Nolita, Park Slope, and Williamsburg. Apple Pay is easy and secure.

Last but not least is Williamsburg, where deals will be available from June 22nd through June 24th. You’ll be able to score a free coffee at Bagelsmith, 20 percent off at Brooklyn Spectacles, 20 percent off at Lululemon, and more.

This isn’t the first time Apple has held a ‘Lose your wallet’ shopping event. Earlier this year, shoppers in Los Angeles were able to score exclusive discounts for a three-week long period. Last year, a similar event was held in San Francisco.

Shoppers in New York City can see all available offers – and there are a lot of them – on Apple’s website right here.