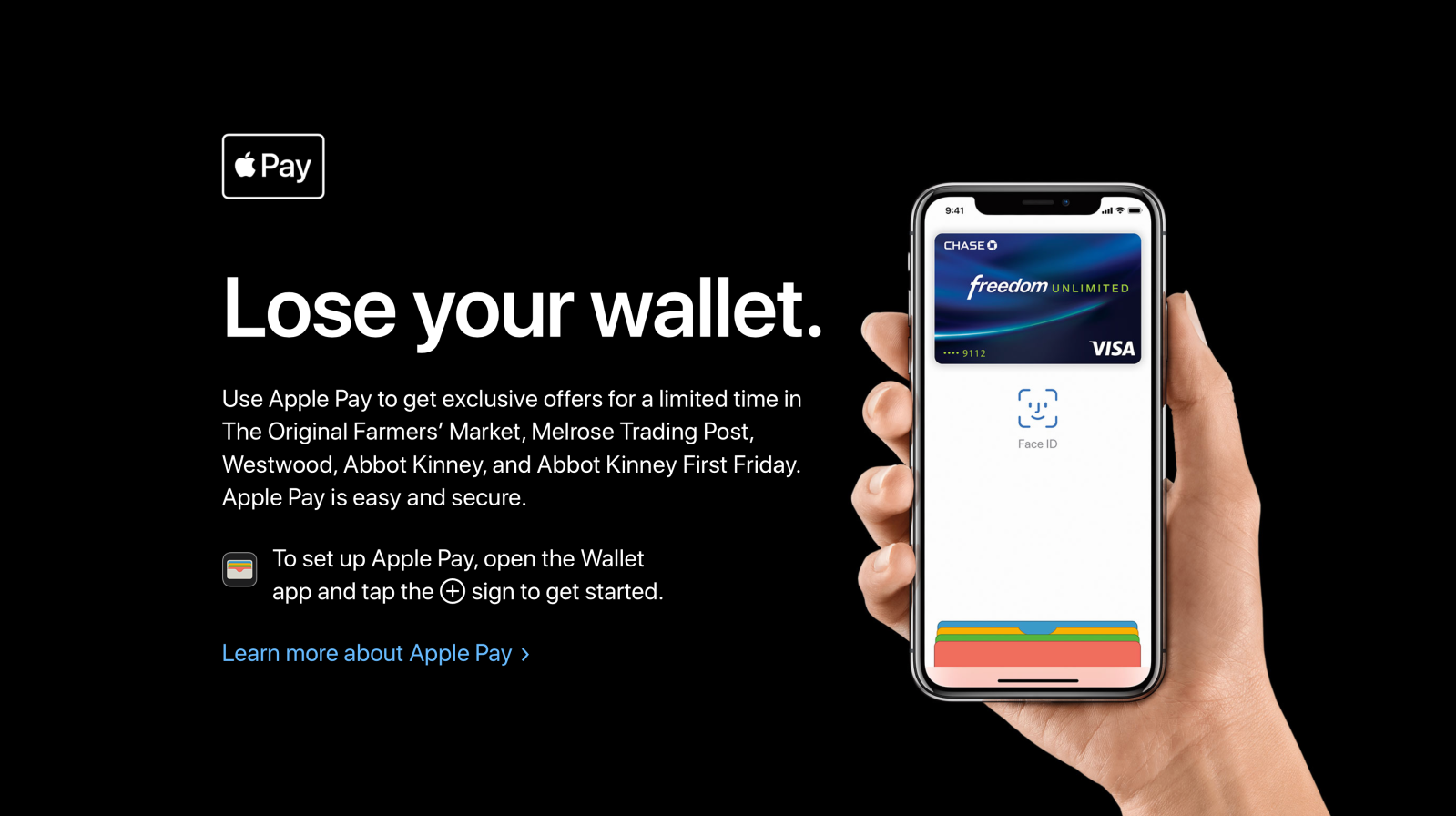 It looks like Apple is running another “Lose Your Wallet” shopping event, encouraging users to use the company’s Apple Pay mobile payment service by offering discounts at select stores. The event previously ran in June of 2017, in San Fransisco. This time, it’s being held in Los Angeles.

There will be discounts at 14 retailers in Westwood, with 20 in Abbot Kinney, running from March 1 through March 23.

Use Apple Pay to get exclusive offers for a limited time in The Original Farmers’ Market, Melrose Trading Post, Westwood, Abbot Kinney, and Abbot Kinney First Friday. Apple Pay is easy and secure.

Merchants will be offering deep discounts ranging from 10-50% off merchandise, with certain retailers offering special offers or gifts with your purchase. The offer extends to one online retailer as well, Door Dash, which will be offering free delivery.

Apple has launched a new website detailing the specific dates and retailers that will be participating. Retail stores that are participating include Corner Bakery, Enzo’s Pizzeria, Michael K. Jewelers, The Mac Studio, Boba Tea & Me, and many more.

The “Lose Your Wallet” event will definitely encourage retailers to push adoption of Apple Pay. In the past several months Apple has been offering Apple Pay discounts to several different retailers including Instacart, 1-800-Flowers, Under Armour, parking with SpotHero, and more.

A full list of merchants can be found on Apple’s website. Do you plan on participating in Apple’s “Lose Your Wallet” shopping event? Let us know in the comments. 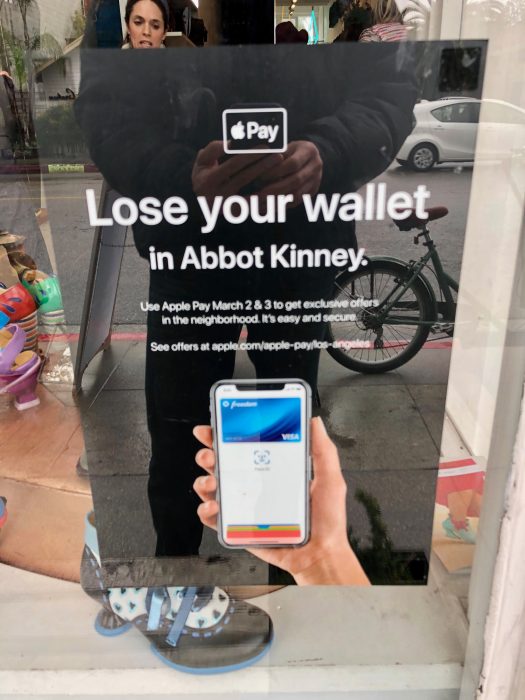