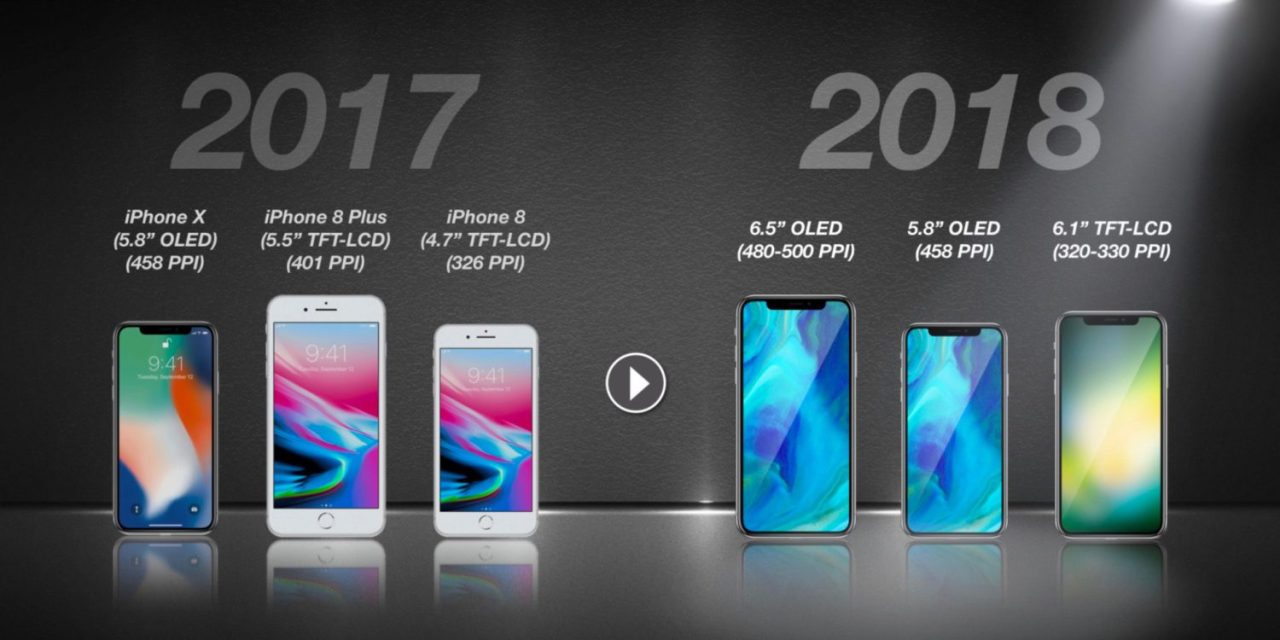 A report from supply chain sources, via Korean language publication The Bell, suggests that the largest of Apple’s 2018 iPhone lineup will be the most popular. Apple is set to announce an ‘iPhone X Plus’, or whatever Apple ends up branding it, with a 6.46-inch OLED screen, packing a ~6.5-inch screen into roughly the same size as the existing 5.5-inch iPhone 8 Plus. Just like with the iPhone X, the Plus’ forehead and chin will be dramatically reduced enabling Apple to fit a much larger display into a phone about the same size as the current Plus models.

The Bell report says Apple has ordered more screen panels for the X Plus than any other model. It forecasts 45 million 6.46-inch panels, about 25 million panels for the 5.8-inch iPhone X successor, and 30 million 6.04-inch LCD screens for the new lower-priced flagship.

The report notes that these forecasts are always subject to change, Apple obviously adjusts orders in response to customer demand. However, it certainly seems that Apple is expecting its biggest phone ever to be the most popular at the 2018 iPhone launch in the fall.

One other factor that may affect these numbers is some rumblings that the LCD iPhone production ramp is delayed compared to the OLED models. This may see the launch of the LCD iPhone constrained until November, which would naturally lower the initial rounds of LCD screen orders.

It is possible that over time the mix shifts more toward the 6-inch LCD iPhones; launch quarters tend to skew towards the high-end models. Rumors indicate that the 6-inch iPhone will resemble the current iPhone X design, using a notched-screen LCD display rather than OLED to help lower costs.

The cheaper iPhone is also expected to eschew stainless steel band for aluminium frame, feature a single rear camera system, and may not support 3D Touch. However, multiple sources expect this model to be priced around $700, allowing it to supplant the iPhone 8 in the lineup.

The iPhone X sold very well at its $999 price point last year, but the ‘super cycle’ of upgraders did not materialise in the way some investors expected. The 6-inch iPhone is seen as a way to attract more price-conscious customers to upgrade to a modern model, with slim bezels, Face ID and an A12 chip.

Some analysts believe Apple may employ price cuts for the higher end models this year. This would mean the 5.8-inch iPhone X would start at $899, and the 6.5-inch iPhone X Plus starts at $999. Like last year, all 2018 iPhones are expected to feature 64 GB storage in the base models with 256 GB storage in the corresponding higher-end SKUs.

You can get an idea for the sizes of the trio of 2018 iPhone models in this video we posted yesterday. Whilst all three phones have thin bezels and a notch, if you look closely the entry-level LCD iPhone has noticeably thicker bezels around the screen.