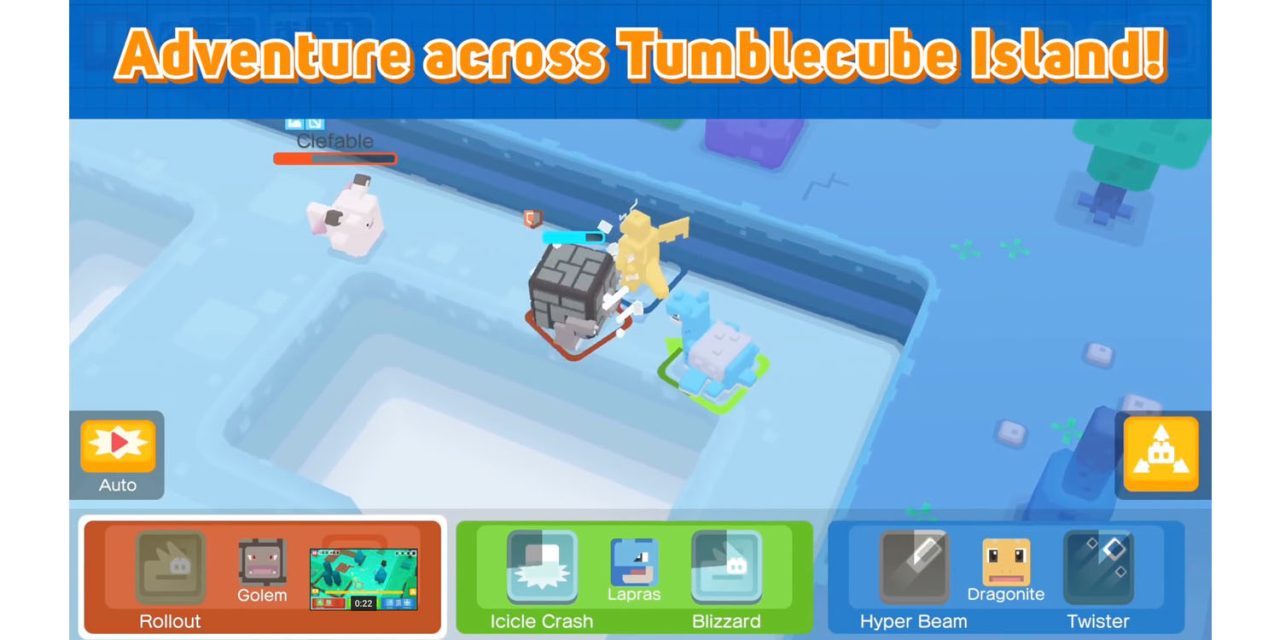 Nintendo last month launched a brand new game for the Switch – Pokémon Quest – and told us that it would be coming to iOS sometime in June.

The game is now live in the App Store …

The game focuses on simplicity, with Pokémon launched into battle by tapping attack meters, but otherwise engaging in combat on their own without the usual turn-based control.

You start out with a single Pokémon, and then need to acquire more along the way.

You can use the items you get from your expeditions to befriend more Pokémon or make your Pokémon stronger. Make more buddies to create a team that’s all your own, and head out on more expeditions!

The release notes come with an unusual number of warnings. It is theoretically compatible with iOS 9 and later, but ‘may not function properly’ on devices that can’t run iOS 11. You’re advised to backup your data regularly. You should ensure you’re in an area with good mobile reception before buying items. You should play the free version of the game to ensure it works properly as ‘certain configurations may cause the application to fail to work.’

Check out the video below for a taster.

Pokémon Quest is a free download from the App Store, with in-app purchases.