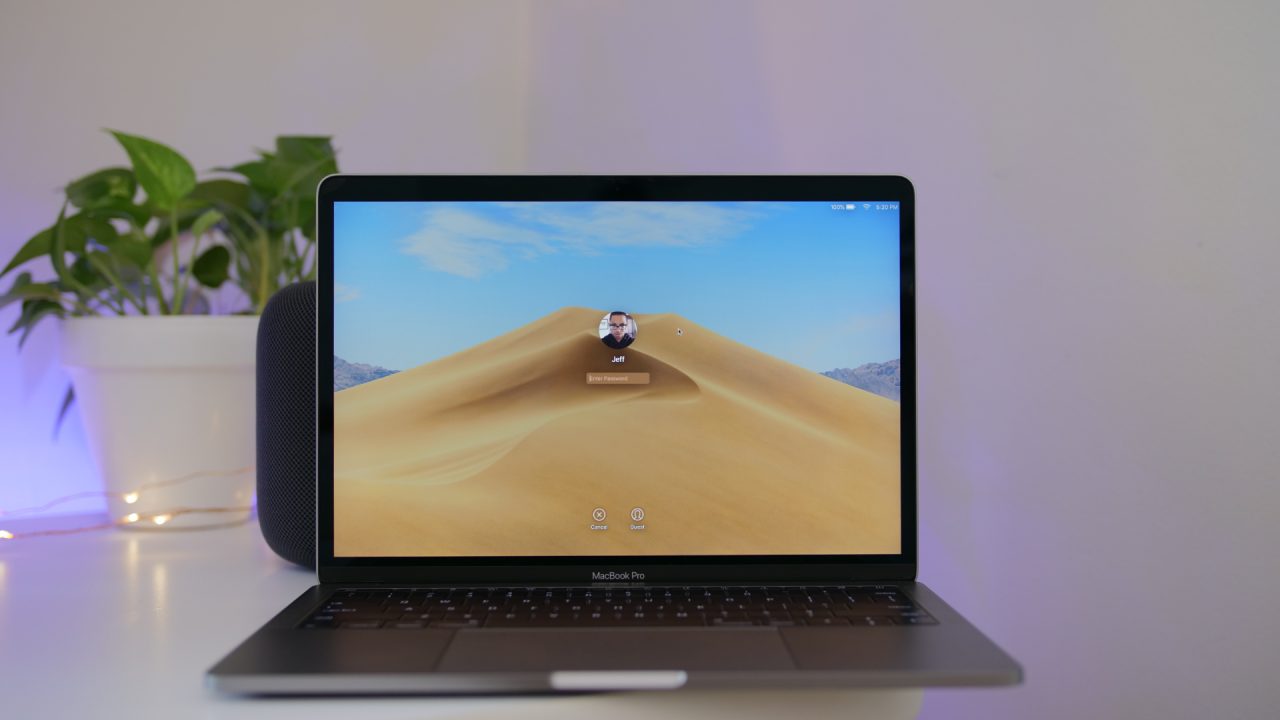 Although I wouldn’t recommend running a macOS beta on a primary work machine, I am testing it on my MacBook Pro, and it’s been a positive experience thus far. Now that the public beta release of macOS Mojave is out, it’s a good time to consider five of my favorite features like I did previously with iOS 12 and watchOS 5. Have a look at our hands-on video for a brief demonstration.

It may sound like a silly reason, but the main reason that I’ve waffled between Chrome and Safari over the years — outside of my occasional dabble into Android phones — was for its favicon support. Prior to macOS Mojave, Safari didn’t display favicon in browser tabs, making those tabs more difficult to identify at a glance. With Safari 12 in macOS Mojave, Favicon support in tabs is finally a thing.

How to enable Favicons in Safari:

But what if you’re still running High Sierra, but you want to experience those glorious favicons? Simply download the latest version of Safari Technology Preview and follow the same three steps listed above.

I try hard to keep my desktop clutter free, but when I’m knee deep in work it tends to happen. Stacks, a new feature in macOS Mojave, aims to help users stay more organized with just a few mouse clicks.

How to enable stacks in macOS Mojave

Step 1: Right click on the Desktop and select Use Stacks

The desktop-only feature provides a way to quickly sort items into easily-digestible stacks that can be opened and closed with the click of your mouse. You can even scroll through a stack by swiping on it to quickly cycle through its contents. 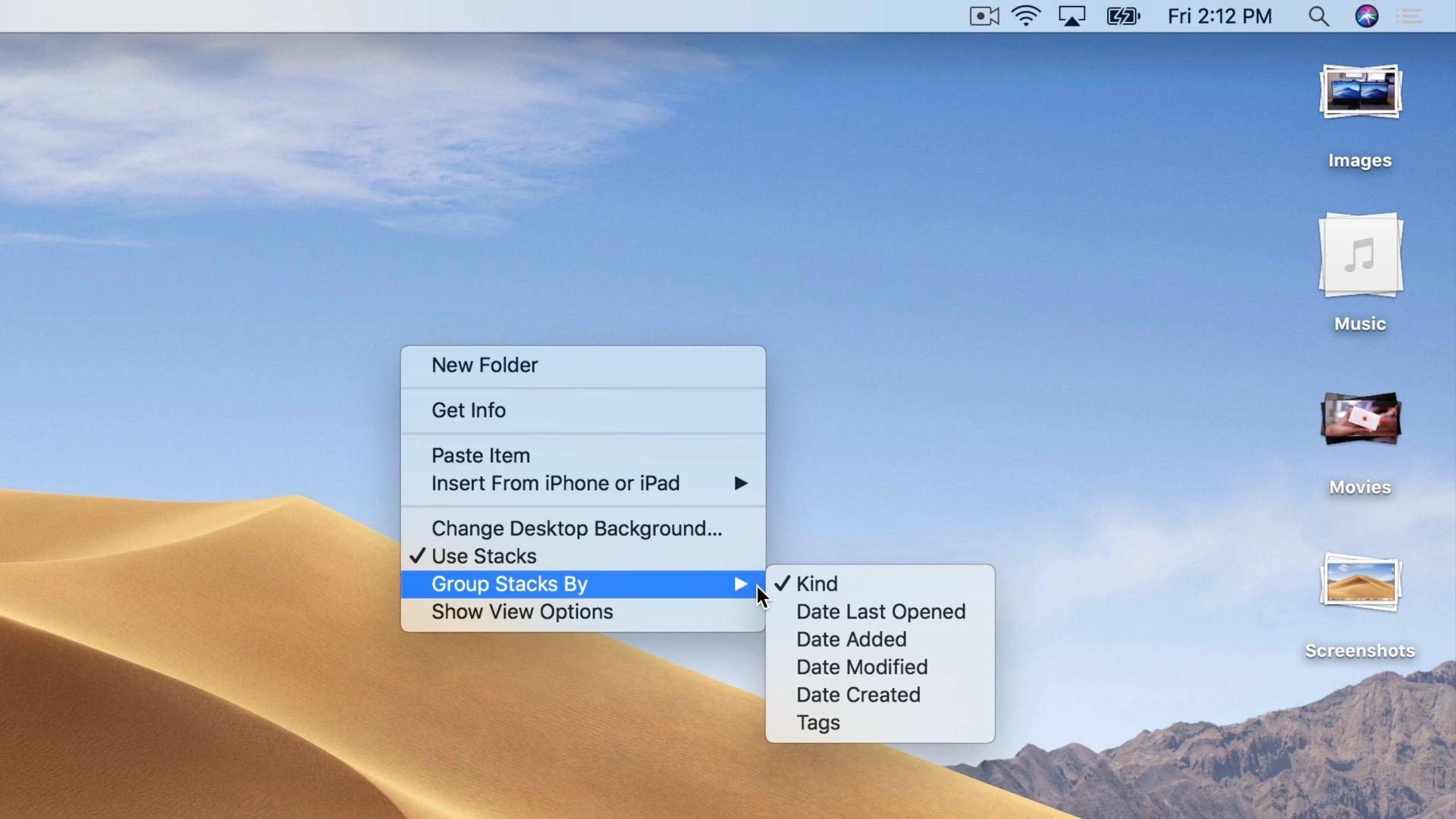 Stack have been designed solely with desktop organization in mind, thus they aren’t available within other Finder locations. If you’re like me and are always working with tons of distinct filetypes on the desktop, then Stacks are a great way to quickly go from messy to dressy.

It wouldn’t be a valid top feature list without including Dark Mode, which is arguably the flagship new enhancement found in macOS Mojave. As a regular user of pro apps like Final Cut Pro X, Logic Pro X, and Motion 5 — apps that feature dark themes by default — dark mode on macOS Mojave seems natural to me.

How to enable Dark Mode in macOS Mojave

Besides looking cool, if you work in dimly lit environments, dark mode can help ease eye stress that occurs when bright UI elements appear on screen. It’s obvious that Apple has worked hard on implementing dark mode and didn’t just slap it together at the last minute. It’s not that everything magically turns dark at the flip of the switch, but dynamic changes to various app UI assets occur to help complement the dark UI. It’s a very nuance methodology that only eagle-eyed users will take note of. 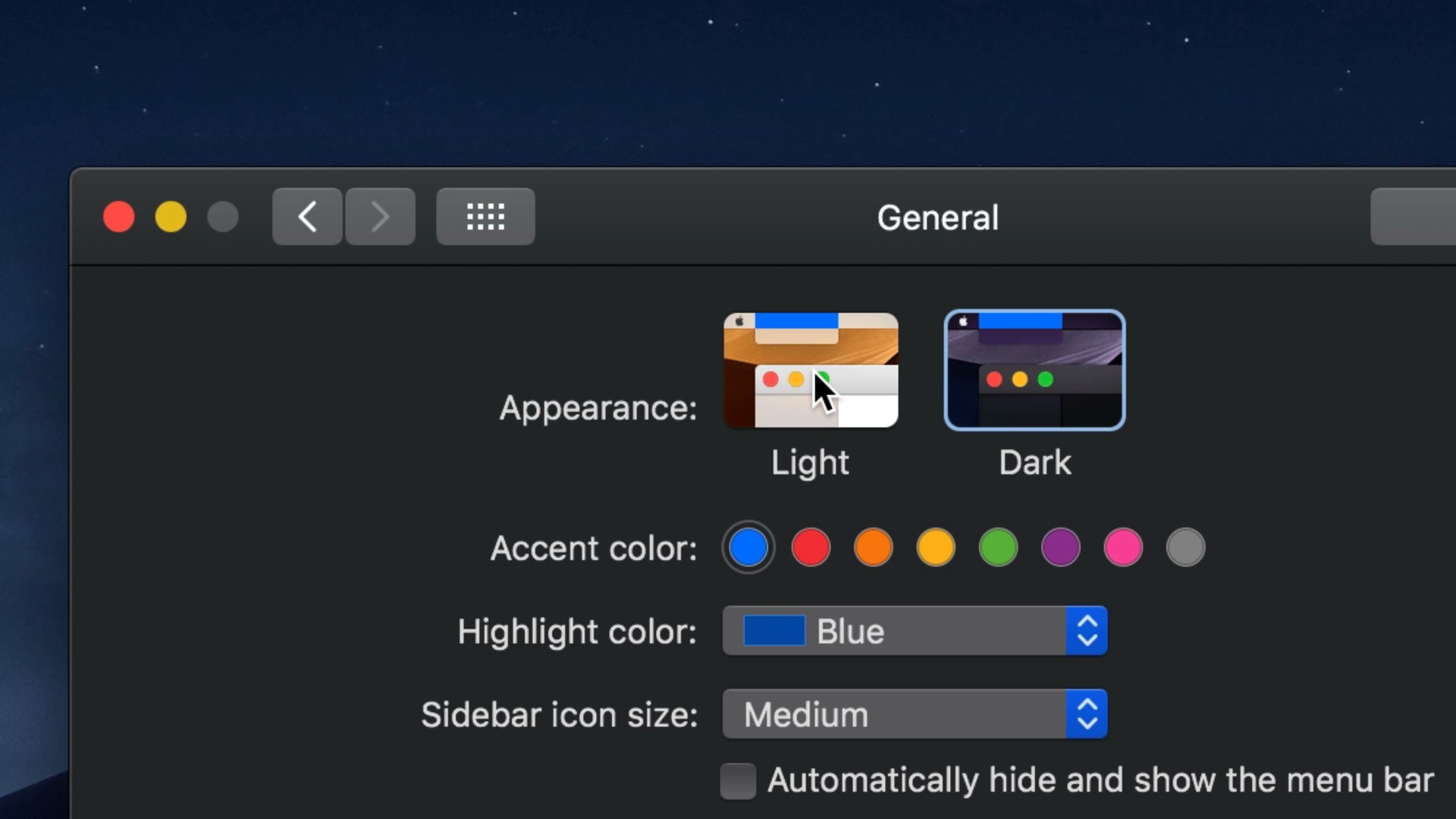 Many, but not all, of the default apps work with dark mode, and support for Apple’s non-default apps is sure to come. Perhaps more importantly, third-party app developers will be able to enable dark mode in their apps once Mojave launches later this fall.

But it doesn’t just start and stop with app UI elements, there’s also a new dynamic desktop feature that dynamically updates wallpaper to reflect current time of day based on your local time. In other words, when it’s dark outside, the desktop will dynamically update to reflect that.

As a HomeKit user, not having a native method to control HomeKit accessories from the Mac felt broken. With macOS Mojave, Apple addresses this hole by bringing the iOS Home app to the Mac. It’s one of the initial few apps — Stocks, News, and Voice Memos being the others — that are built using Apple’s new toolset that will allow developers to target both the iOS and macOS platforms. 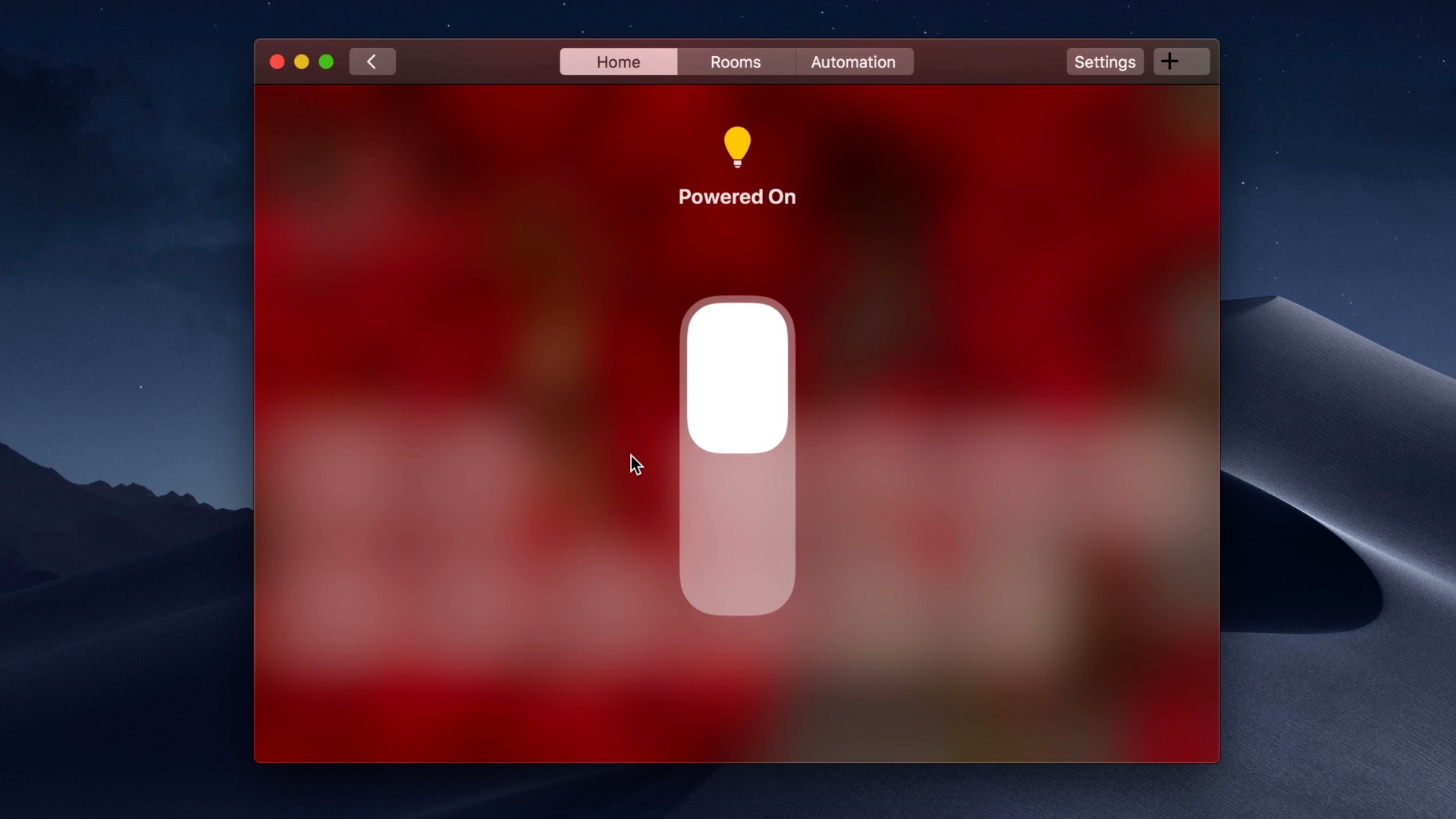 With this in mind, the Home app looks and works very similarly to how it works on the iPhone and iPad. You can add and manipulate smart home accessories directly from the Home app, or use Siri on the Mac to control HomeKit item. 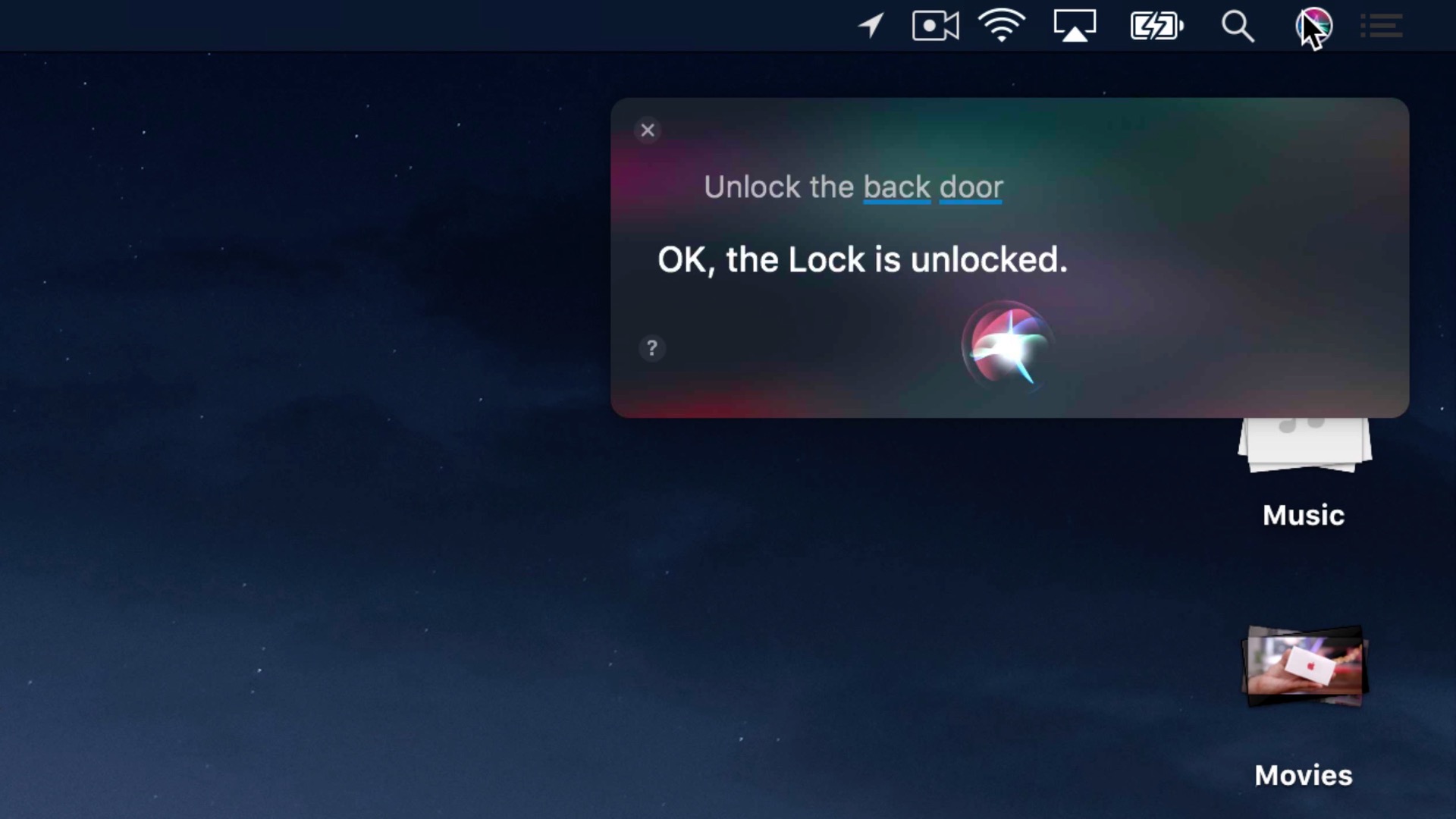 The Mac App Store gets shown some much-needed love in macOS Mojave. Not only does it come with a complete visual overall with iOS App Store-like editorial content and video previews, it’s getting some major new app support as well.

One of the big news items surrounding the refresh is that Microsoft will bring Office 365 to the Mac App Store for the very first time; Adobe will add apps from its Creative Cloud suite asl well, though complete details are still unclear. 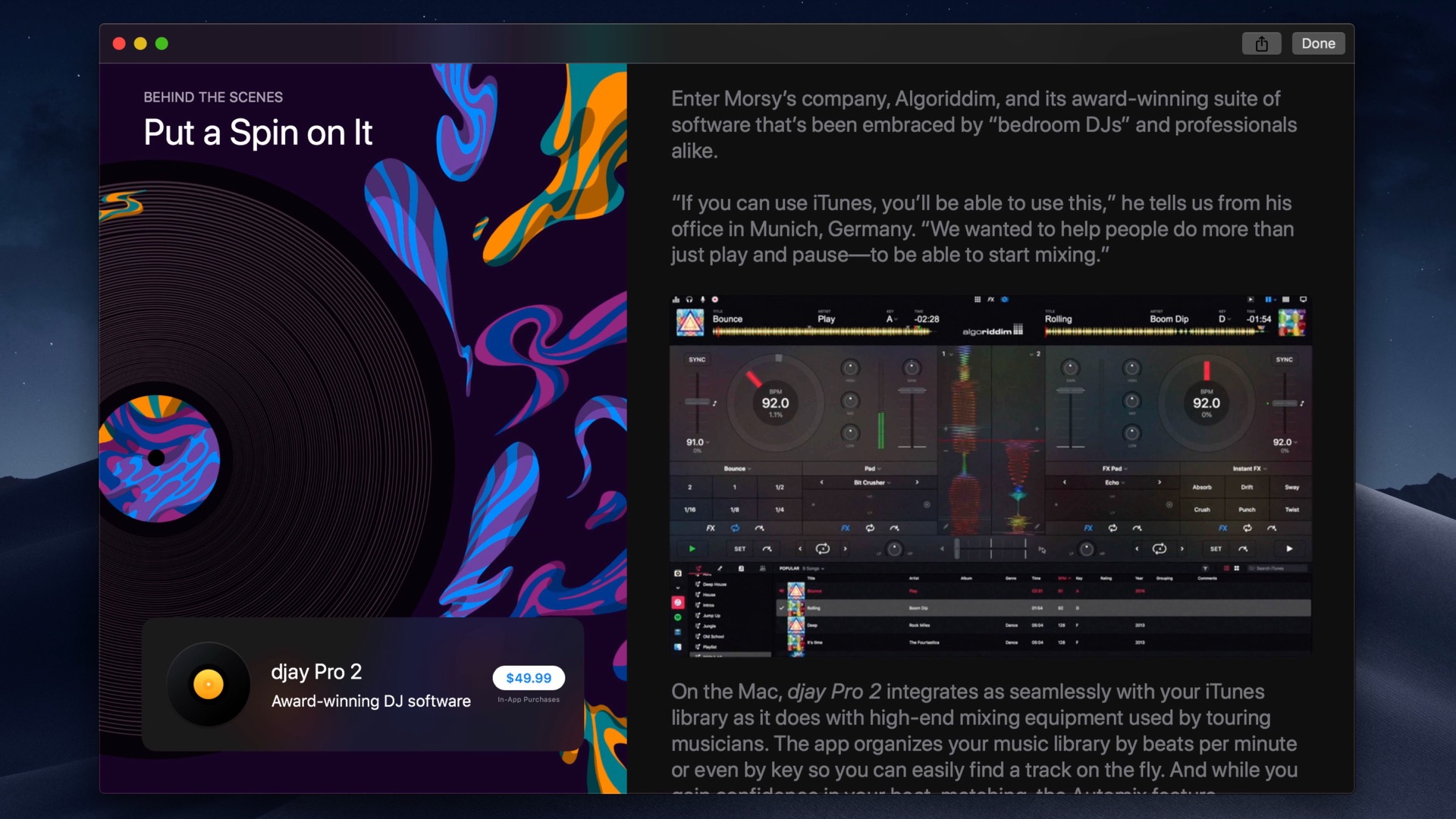 Other popular indie apps that used to be on the Mac App Store, like Bare Bone Software’s BBEdit and Panic’s Transmit, will reappear sometime in the future, presumably after Mojave launches later this year.

It’s been long overdue, but it looks like Apple is finally putting priority and emphasis on the Mac App Store. It now appears that Cupertino is willing to work with developers on sandboxing issues that previously made it difficult (or impossible) for some software makers to bring apps to the Mac App Store without compromise.