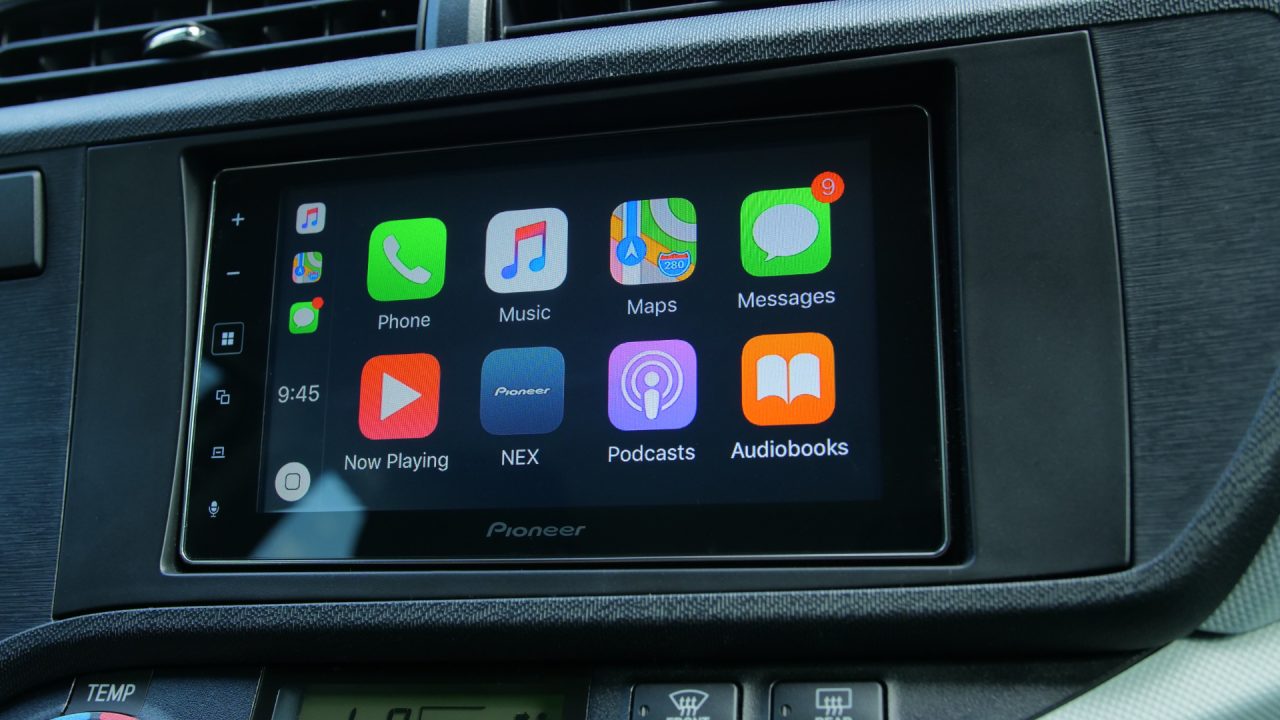 As a Toyota driver, I’ve been subjected to the company’s horrible Entune-powered head unit for the last 6 years. On my 2012 model, it’s bundled with a matte resistive touch screen that requires you to press in on the display to control the unit. As you can probably imagine, the stock unit is extremely clunky and difficult to use. It’s so bad that I wouldn’t purchase a new Toyota without a new capacitive CarPlay unit built in. Thankfully, Toyota recently wised up and decided to adopt CarPlay after holding out for several years.

If you’re like me and stuck with a terrible stock head unit, then a CarPlay-enabled aftermarket radio may be the key to a much better audio, messaging, and navigation experience while on the go. There are caveats associated with having an aftermarket head unit installed, but as my recent experience with the Pioneer MVH-1400NEX shows, the upsides outweigh the potential downsides.

The install took three and a half hours, but everything worked as expected when finished. One of my biggest worries, the steering wheel controls, worked without any issues, and the backup camera worked as well. There’s even a little microphone installed above my rear view mirror to help communicate with Siri for voice control. 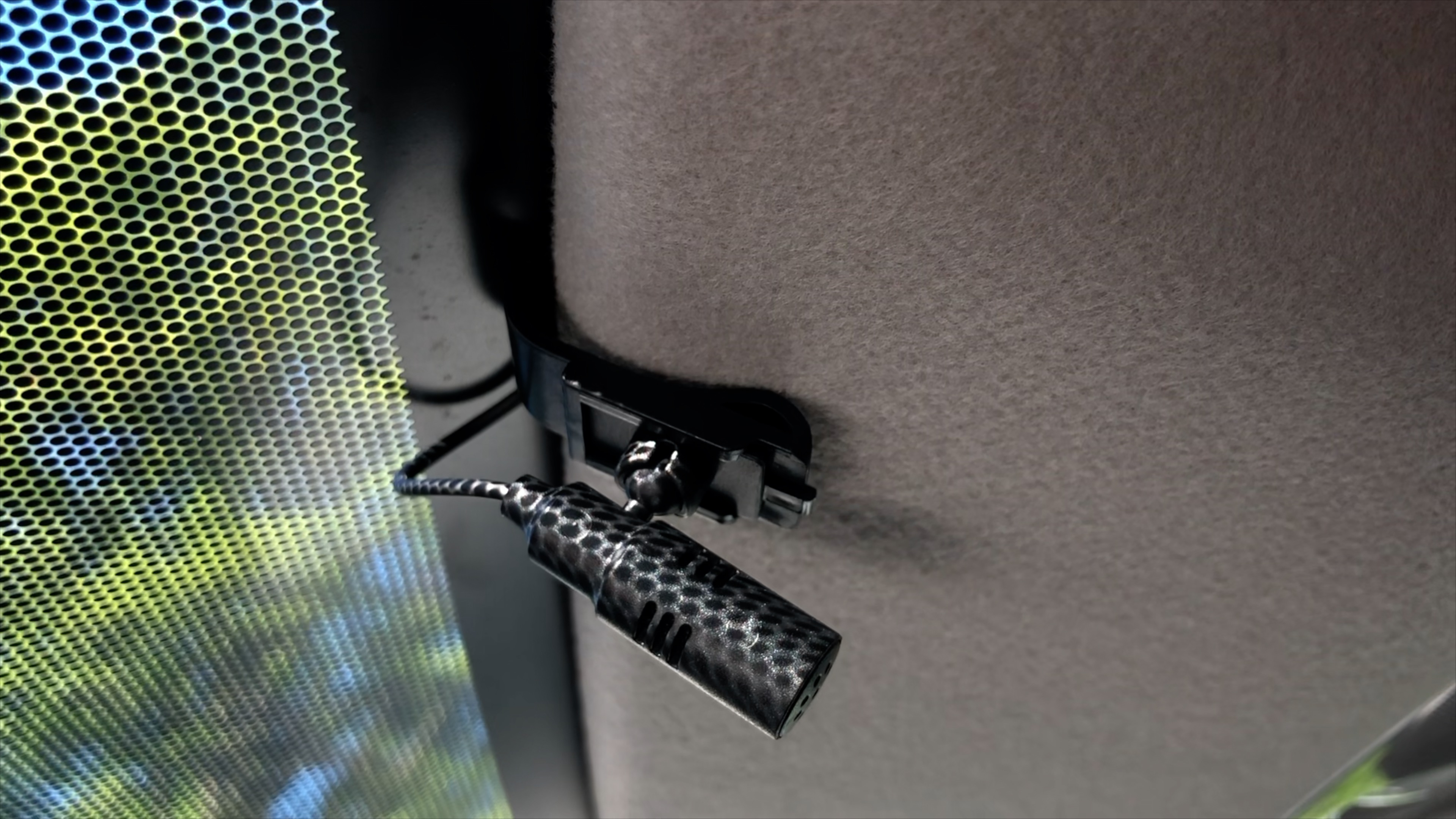 The stock Toyota head unit was a Double DIN unit, meaning I needed the appropriate adapter to fit around the aftermarket radio to complete the installation. My vehicle features a spot for a USB connection right above the glove box, so the installer took advantage of this to provide me with a clean, factory-looking install.

Pioneer took care of all of the details, working it out with my local installer. This was a luxury, since I didn’t have to worry much about parts or whether or not the installation would turn out right. You may need to do a little more legwork to make sure that the installer has all of the necessary parts to complete the process to your liking. 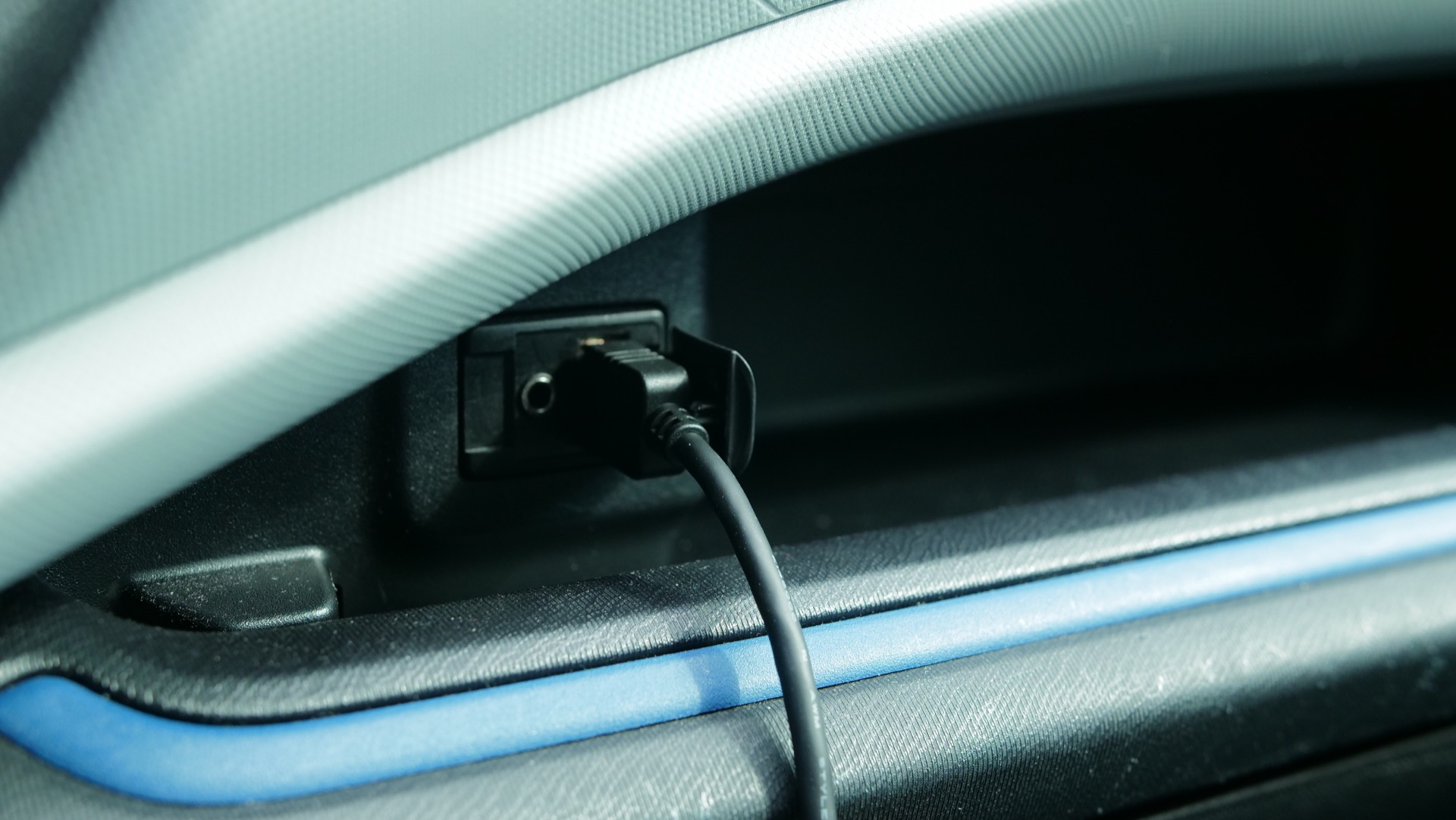 The most impressive thing about the install is how clean it looks, partly owed to the fact that the 1400NEX is devoid of a CD slot and any tactile hardware buttons. You wouldn’t mistake this unit for a Toyota factory radio, the Pioneer logo at the bottom helps assure that, but nonetheless it’s quite inconspicuous. The Double DIN fascia that surrounds the head unit is molded to fit precisely into my car’s housing, and the 6.2-inch slab of glossy glass that makes up the 1400NEX’s 800-by-480 touch surface complements the space well. 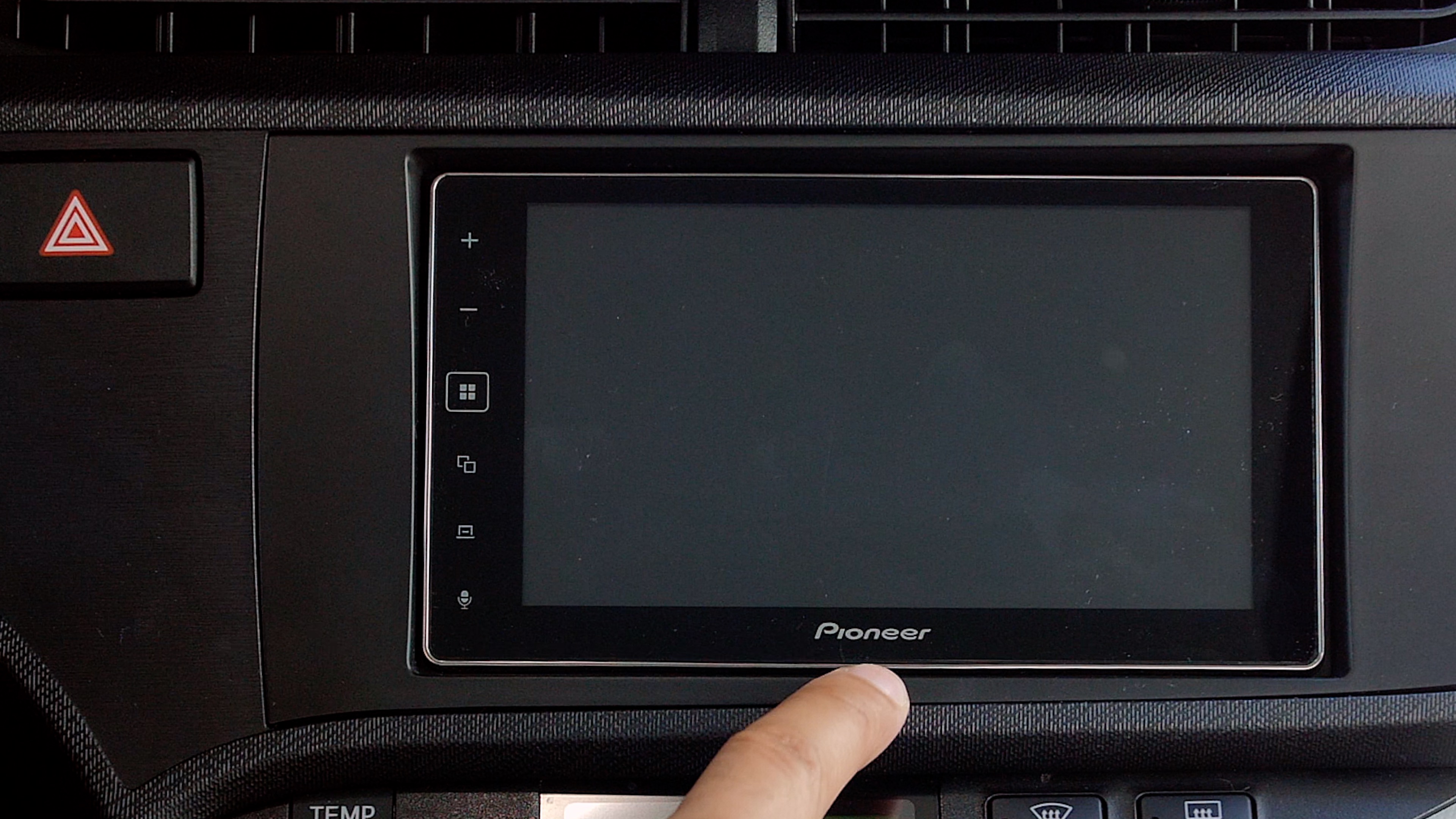 While pondering an aftermarket head unit, I couldn’t help but think back to some of the funky, over-designed hardware of yesteryear. Some units are still like that today, but at least from a hardware perspective, Pioneer opted for a modern look.

The 1400NEX isn’t completely devoid of buttons, there are some dedicated buttons aligned vertically on the left side, but they rely on capacitive touch. From a visual perspective, this is a good thing, but it also poses a challenge.

Because the 1400NEX uses capacitive touch screen technology, touch response is similar to what you’d expect from a modern smartphone or tablet. Thus, you won’t have to press in on the screen to get it to register your input like resistive displays; a light tap is all that it takes to register your input.

Although it is a capacitive touch screen, it isn’t quite as responsive as an iPhone or iPad, and requires a more deliberate touch. You can only use one finger at a time to control the display, as multitouch isn’t available at all. The lack of multitouch also means that instead of using pinch to zoom on areas of Apple Maps, you’ll have to rely on software zoom buttons. 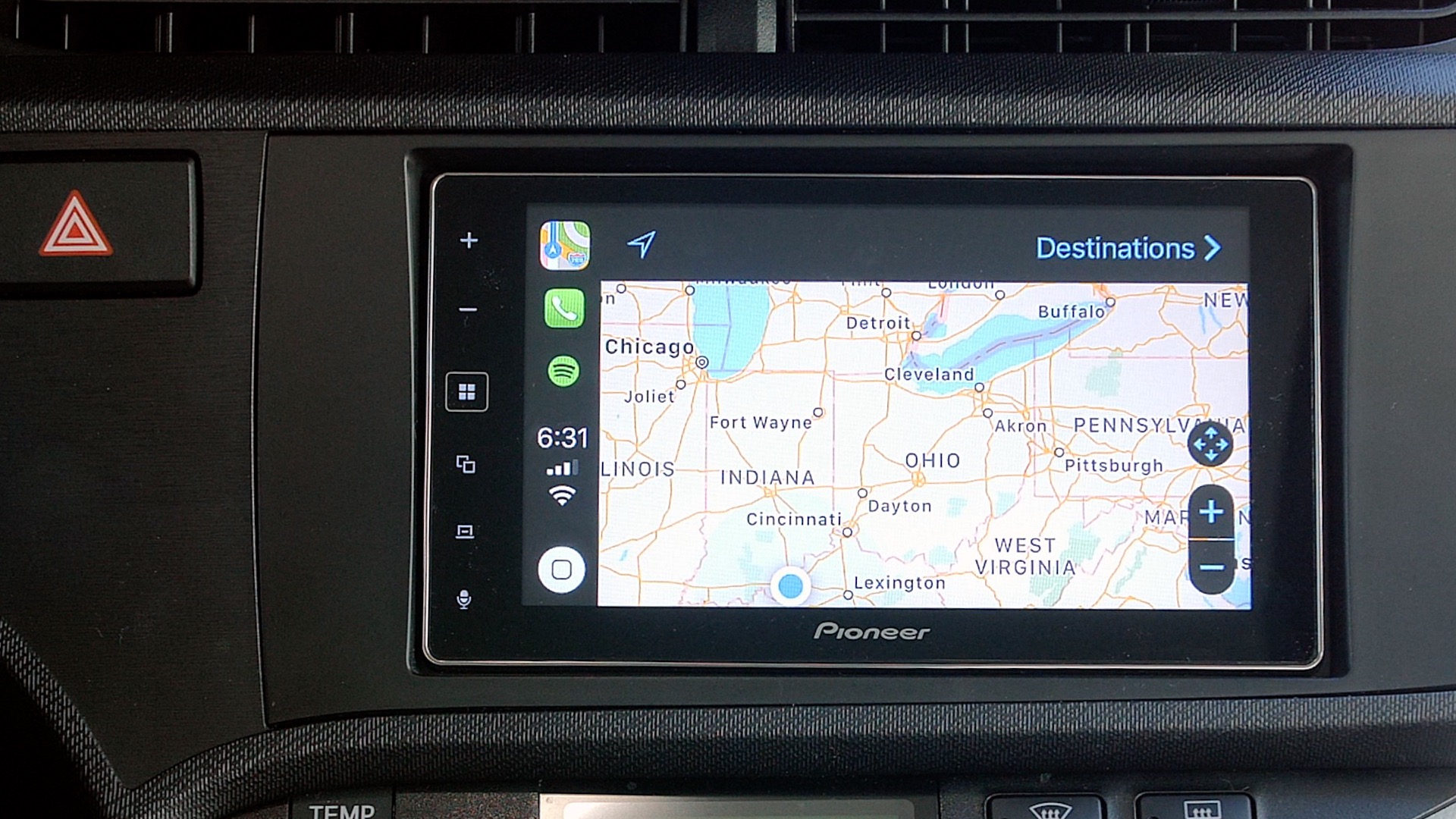 Because the unit is all touch screen and lacks any tactile input, doing something as simple as changing the volume may take a glance at the screen, as there is no sort of haptic feedback to tell your finger that it’s in the right area, and you can’t use Siri to change volume. Over time, my accuracy improved to where I could mostly adjust volume without looking, but it lacks the tactile reassurance of a physical volume knob.

Fortunately, I can use tactile steering wheel controls for adjusting volume, which is something I advise most users to do if the option exists on your vehicle. 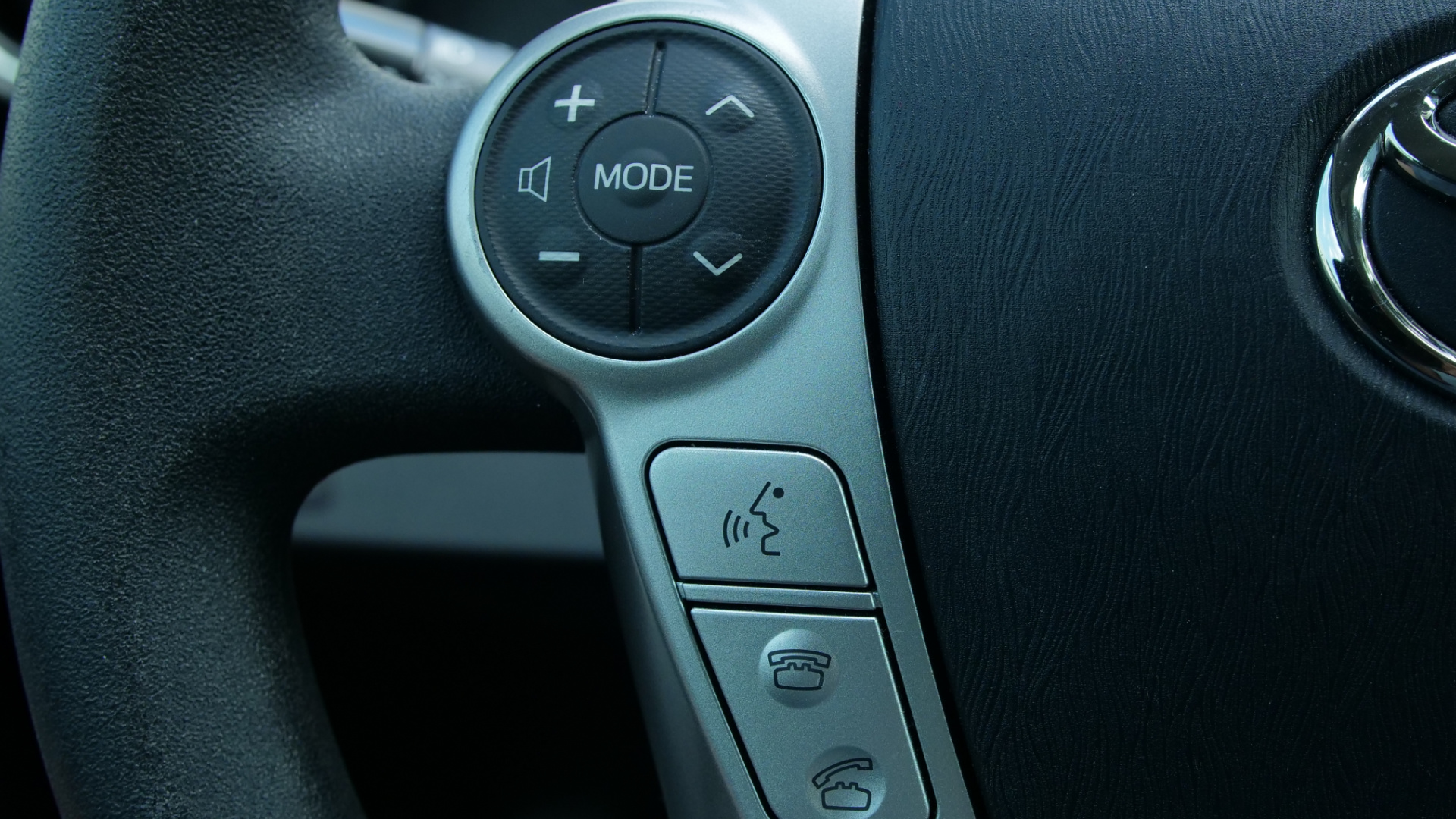 Overall, I was impressed by the touch control of the 1400NEX. After a week or so of using it, controlling the unit became second nature.

Obviously the main point of this post is to talk about CarPlay, but I wanted to briefly touch on the UI portion of the NEX interface, of which CarPlay resides as an app. Interface design is hard, and never is that more clear than when looking at the over-designed base software of the 1400NEX. You’re definitely going to want to get right to CarPlay as soon as possible, because the stock interface is, for the lack of a better descriptor, an eyesore. 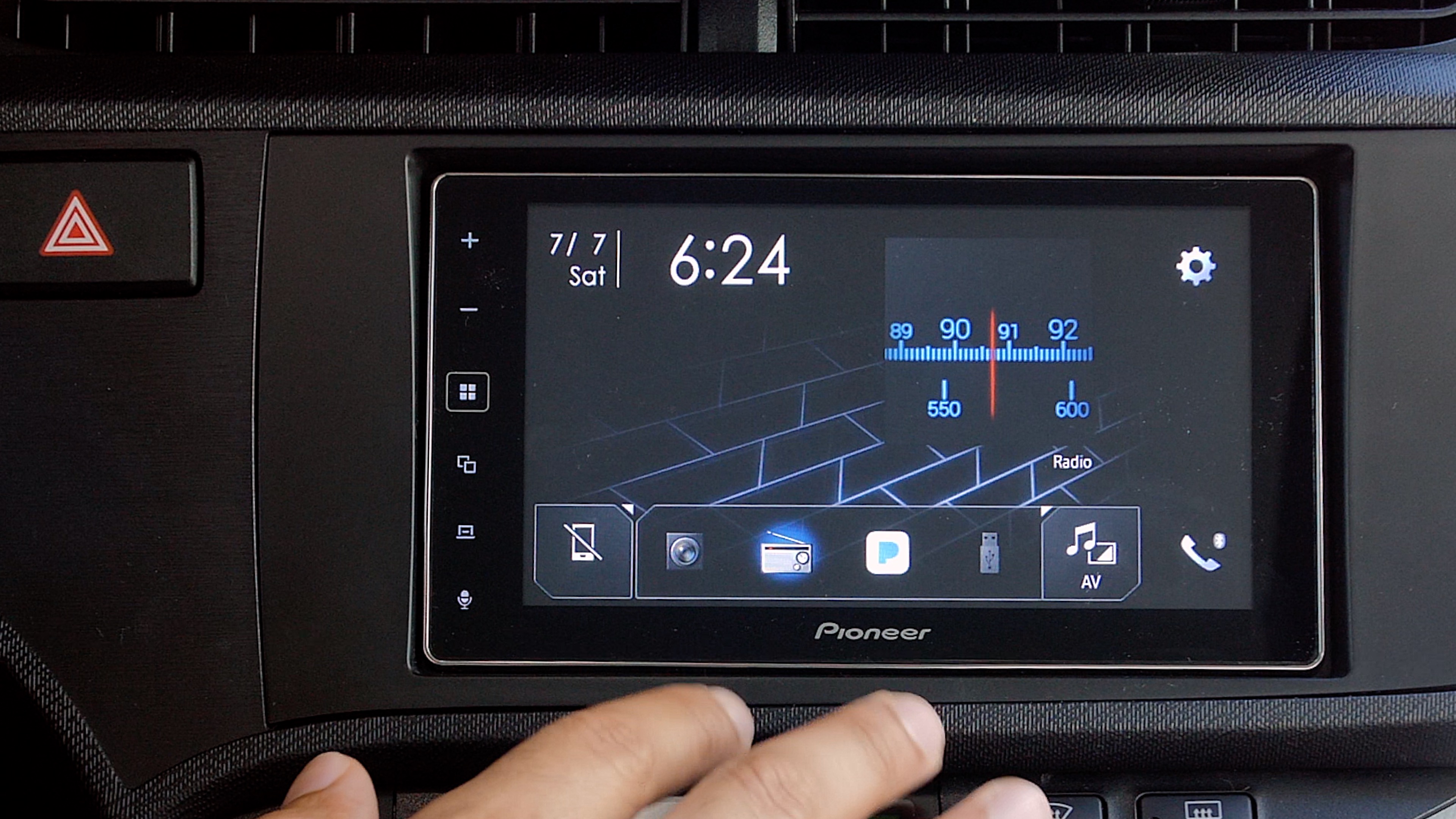 Upon turning on your vehicle, you’ll be met with a brief Pioneer splash screen, followed by the typical warning screen about the dangers of distracted driving. After acknowledging that screen, you’re taken to the main NEX interface. If you plug in your iPhone to the USB port, then CarPlay will launch shortly thereafter. In all, I’d say it takes about 10-12 seconds after turning on your car before arriving at the CarPlay interface. You can also plug in your iPhone prior to turning on your vehicle, but you’ll need to manually launch CarPlay via the unit’s stock interface. 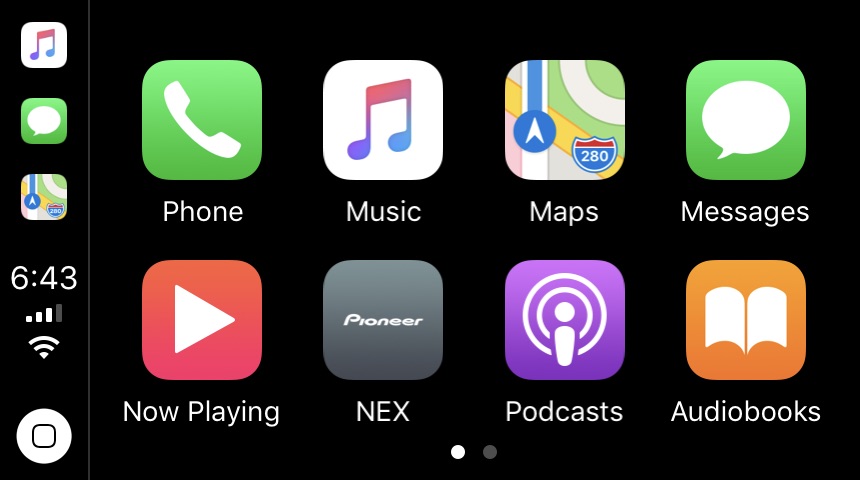 For testing CarPlay on the 1400NEX, I’m using iOS 11.4, the latest public version of iOS as of this post. CarPlay pulls in content directly from your connected iPhone, and presents that information in a way that’s easy to consume on your vehicle’s head unit.

The CarPlay Home screen shows vitals from your connected iPhone, such as time, Wi-Fi and cellular signal strength. You’ll even see a virtual Home button for quickly navigating back to the CarPlay Home screen or invoking Siri via a long press. Pioneer includes a dedicated voice control button, which proves to be more convenient since it only requires a quick touch to invoke Siri. If your vehicle has the option, you can also use a dedicated voice control button to invoke Siri from your steering wheel. 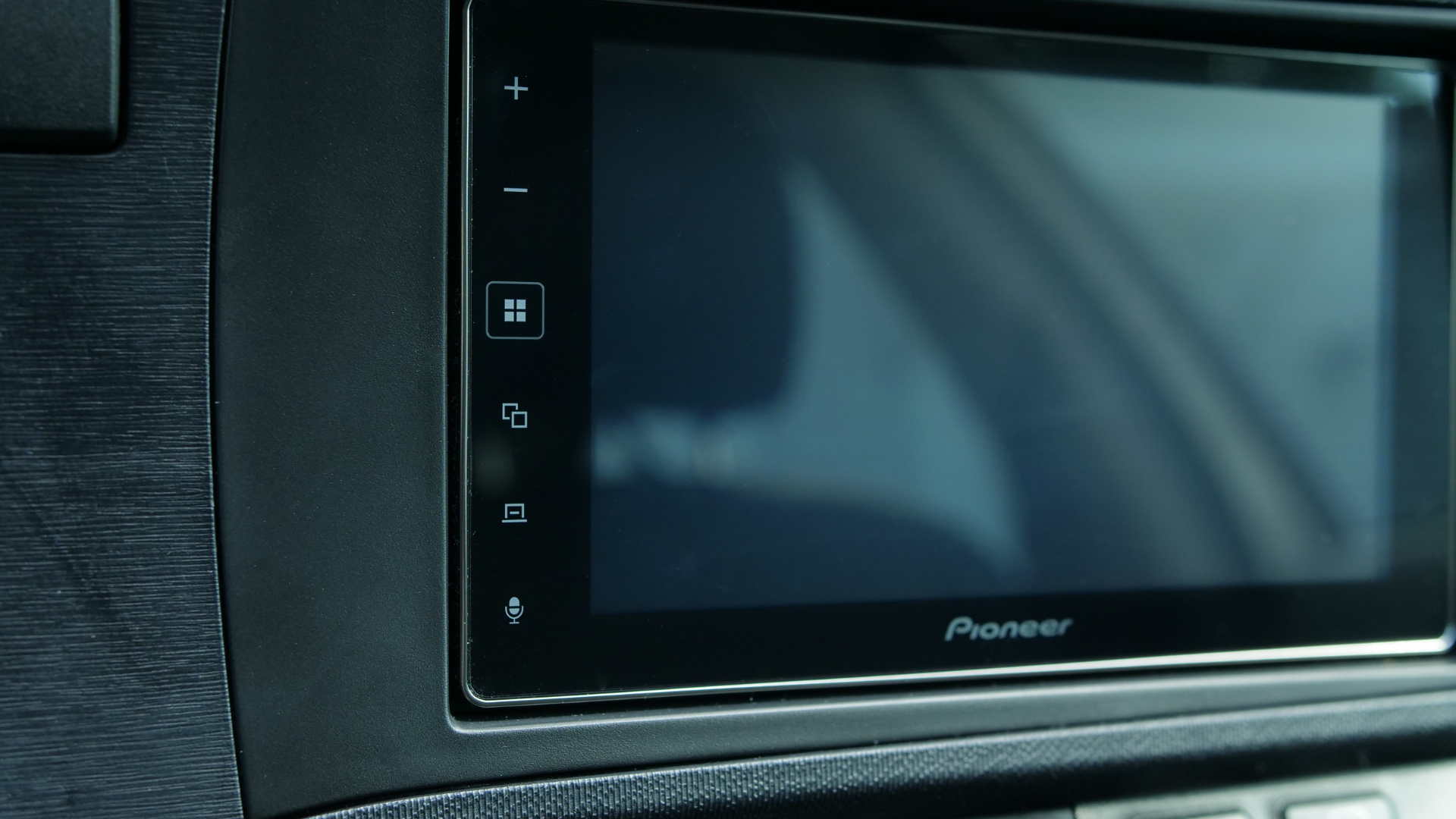 Launching apps works just like launching apps on an iPhone. Stock apps include things like Maps, Music, Messages, Phone, AudioBooks, Podcasts, etc. Third-party CarPlay-enabled apps, like Overcast, WhatsApp, iHeartRadio, and others are available too. Once iOS 12 is released later this fall, Apple will allow third-party navigation apps for the very first time. This means that you’ll be able to use popular apps like Waze and Google Maps in lieu of Apple Maps. 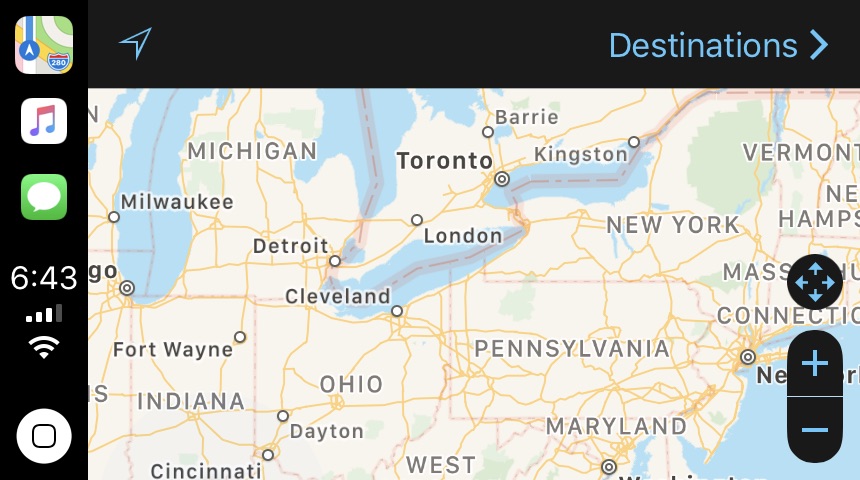 Though the stock Pioneer software interface was very clunky, and suffered from low frame rates, I was impressed by how well-put-together the CarPlay experience was on a sub-$350 unit. Obviously this is helped by the fact that CarPlay is essentially a view container and the apps are actually running on your phone instead of the head unit itself. At any rate, switching between apps was fast and nimble, and the quick shortcuts for communication, music and navigation made switching even easier.

The microphone included with the 1400NEX does a great job of picking up my voice accurately, even amongst loud environments. This is very important, because although you can control CarPlay via touch, Siri is arguably the primary way to control the interface. 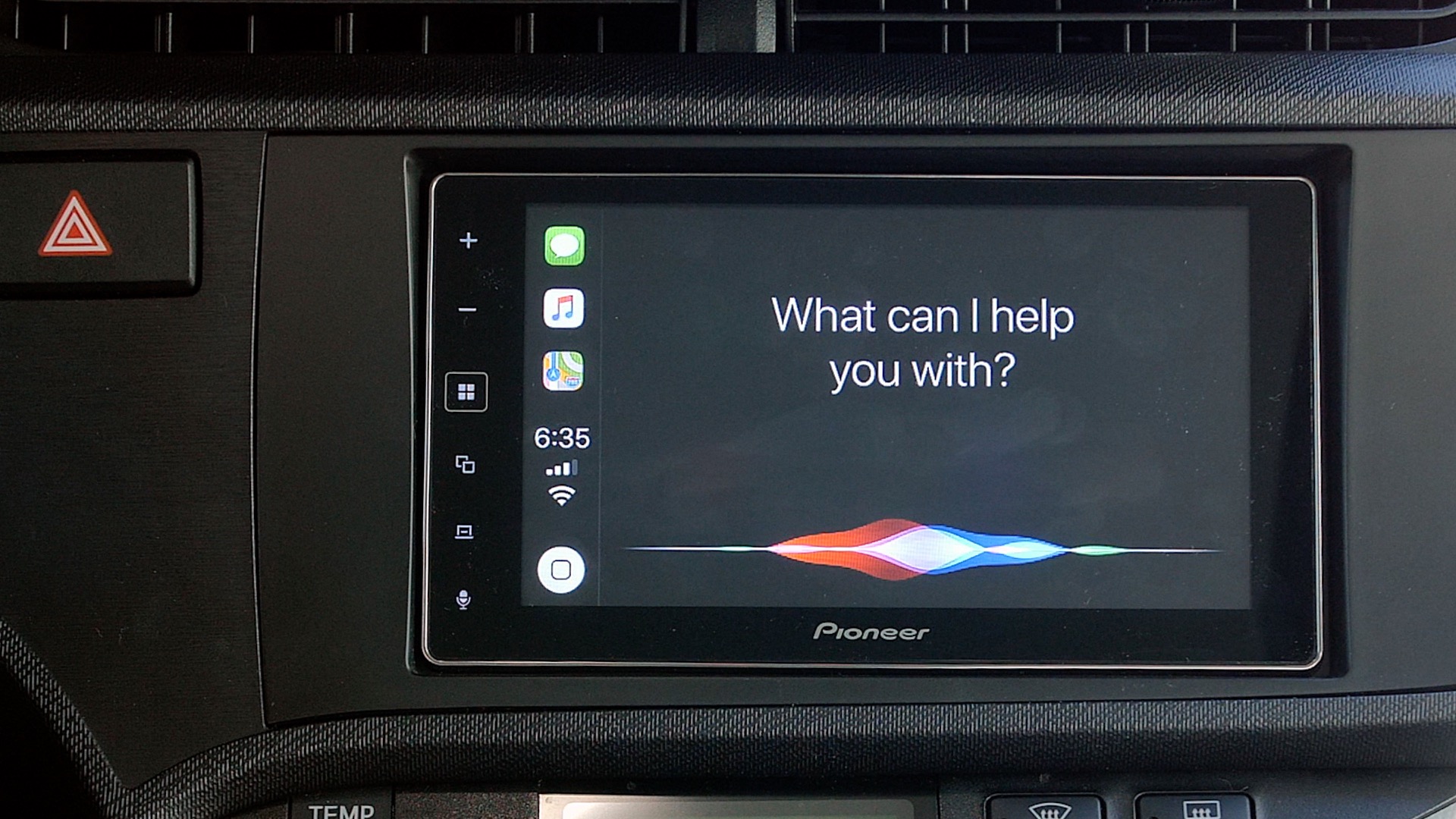 As long as I had a good cellular signal, Siri was super responsive to my commands. You can essentially navigate most of the CarPlay interface using the voice assistant. You can launch and switch apps, make phone calls and compose or play back text messages all via Siri. Since CarPlay doesn’t present text for Messages in an effort to cut down on distracted driving, you’ll need to use Siri for communication via Messages.

Music and driving go together so naturally, which makes an Apple Music subscription the killer app for CarPlay, although services like Spotify work too. Being able to playback nearly any song that you can think of via your voice is amazing, and it’s by far my favorite thing about CarPlay. 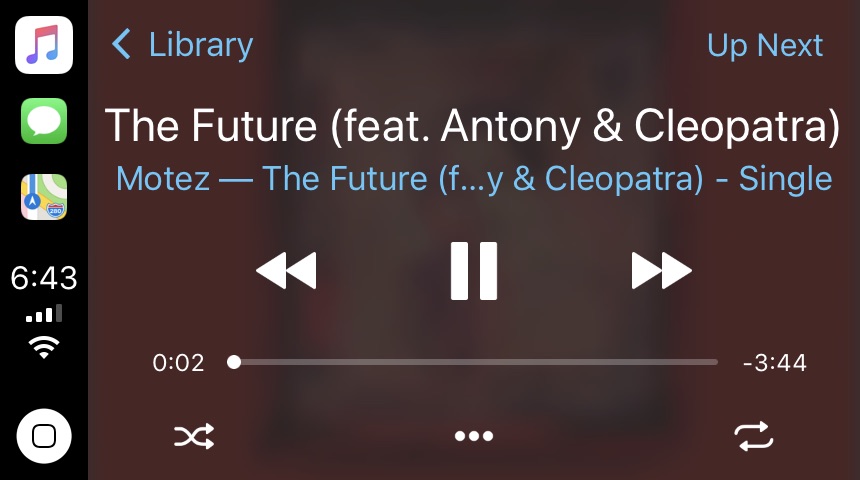 The Music app itself is well designed, allowing you to quickly navigate your local library, content curated especially for you, along with constantly updated playlists, top charts, new music, and radio stations. I like Spotify, especially for its Discover playlists, but the integration of Apple Music across the Apple ecosystem makes it hard to beat.

The most obvious downside to the 1400NEX is one that affects most aftermarket and pre-installed CarPlay-capable units — the lack of wireless connectivity. There are a couple of wireless CarPlay head units out here, like the Alpine iLX-107 (Zac’s review) and Pioneer’s just-announced AVIC-W8400NEX. The 1400NEX isn’t alone though, in fact, the majority of CarPlay-enabled head units lack wireless capabilities.

Depending on the types of phones you use, you may be disappointed to learn that there’s no Android Auto support built into the 1400NEX. That’s not a big deal for those solely steeped into Apple’s way of doing things, but it does lessen the flexibility of the unit. For me, Android Auto support would have been nice since I tend to always keep a flagship Android device with me as a second phone.

The MVH-1400NEX is an excellent head unit for CarPlay users who demand clean-looking hardware at a reasonable price. I would have preferred a wireless CarPlay unit, but having a wired-only model means that at least your iPhone will remain charged while in use. As long as you have a good installer, then the MVH-1400NEX is an affordable way to bring CarPlay to vehicles that don’t have such technology built-in from the jump.

Do you currently have CarPlay in your vehicle? If not, would you consider having an aftermarket head unit installed?

Disclosure: Pioneer, which provided me with the MVH-1400NEX for review, covered the cost of having it professionally installed in my vehicle. Considering how big of a pain it would be to remove the unit, they’ve agreed to let me keep it installed.