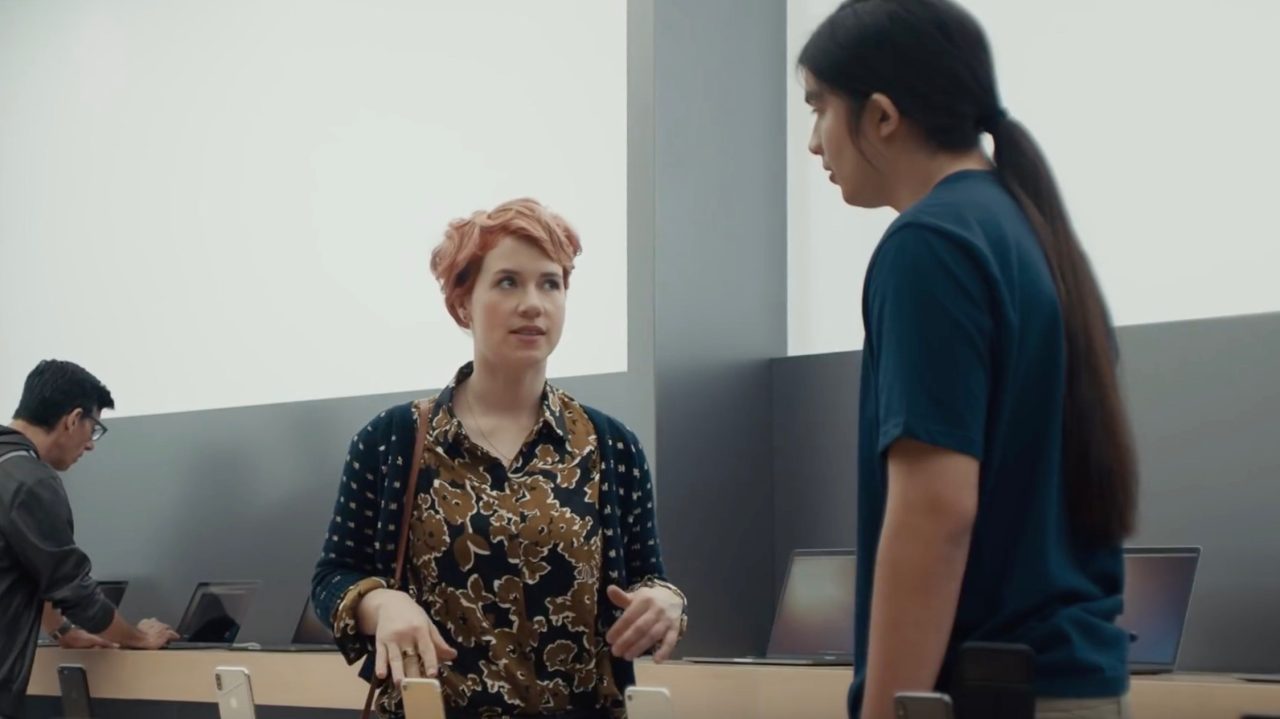 Samsung is back today with its latest Apple-bashing ad for its Galaxy S9 flagship. This time around, the ad takes it straight to an Apple Store, where a customer inquires about the difference in LTE speeds between the iPhone X and Galaxy S9…

In the ad, an eager smartphone shopper is at an Apple Store and asks if the iPhone X has the fastest LTE speeds. The Genius to which she is talking then explains that the iPhone X has faster download speeds than the iPhone 8, but he goes silent when asked about the speeds in comparison to the Galaxy S9:

Shopper: So the iPhone X doesn’t have the fastest download speeds.

Genius: Well no, but it is faster than the iPhone 8.

Shopper: But the download speeds aren’t faster than the Galaxy S9. But I thought it was the “smartphone of the future?”

Samsung has long touted the Galaxy S9 as having the fastest download speeds of any smartphone. The company points to data from the Speedtest by Ookla service, which tracks download speeds from various devices.

Download your favorite music and watch high-quality video streams at faster speeds and with less buffering. Speedtest by Ookla results show that the Galaxy S9/S9+ was rated fastest download speeds of any smartphone nationwide*. Get the speed and responsiveness you want from your smartphone.

This certainly isn’t the first time that Samsung has gone after Apple in its advertising. Earlier this year, it compared its Galaxy S9 to the iPhone 6 as a way of poking fun at Apple’s performance throttling feature. Furthermore, when it unveiled the new Galaxy S9 in February, it mocked the iPhone X’s lack of a fingerprint scanner and notch.

Watch the company’s latest ad below and let us know what you think of it down in the comments.