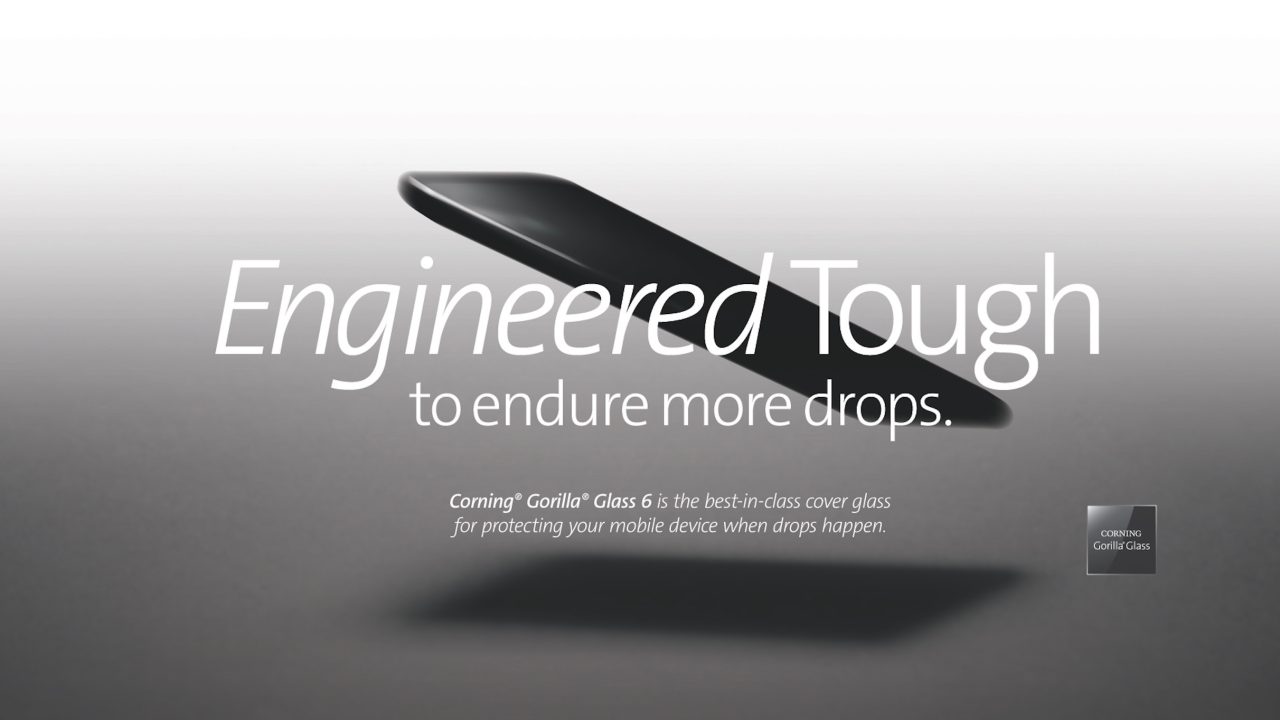 Corning has announced its latest innovation to be used in future smartphones, Gorilla Glass 6. The newest product has been engineered to better withstand multiple drops and can also survive falls from greater heights than its predecessor, Gorilla Glass 5.

Announced in a press release, Corning shared that Gorilla Glass 6 was designed with a focus to withstand multiple drops after research showed that on average, smartphone owners drop their device seven times a year.

To improve cover glass performance, Corning scientists developed and engineered an entirely new material to address the challenge of multiple drops. On average, in lab tests, Gorilla Glass 6 survived 15 drops from 1 meter onto rough surfaces, and is up to two times better than Gorilla Glass 5.

Impressively, the new glass can survive more than double the drops the average user experiences in a year and will be a big win for iPhone owners if it makes it into Apple’s future devices. However, it’s hard to know what exactly to make of Gorilla Glass 6 being “two times better than Gorilla Glass 5”.

Previously, we reported that “Gorilla Glass 5 is said to survive facedown drops from 5.2 feet onto a rough surface 80 percent of the time.” Corning didn’t specify what new heights the 6th-gen could handle.

It’s difficult to know if Gorilla Glass 6 will make it into devices like this year’s iPhones. As we’ve noted before, Apple and Corning have a unique and private relationship.

The two companies are said to have an agreement that does not allow Corning to list Apple or the iPhone on its website, though they are working together.

With Apple’s trend of using glass for the majority of the iPhone enclosure going forward, no doubt users everywhere will appreciate if a more durable material like Gorilla Glass 6 does land on the next iPhones.