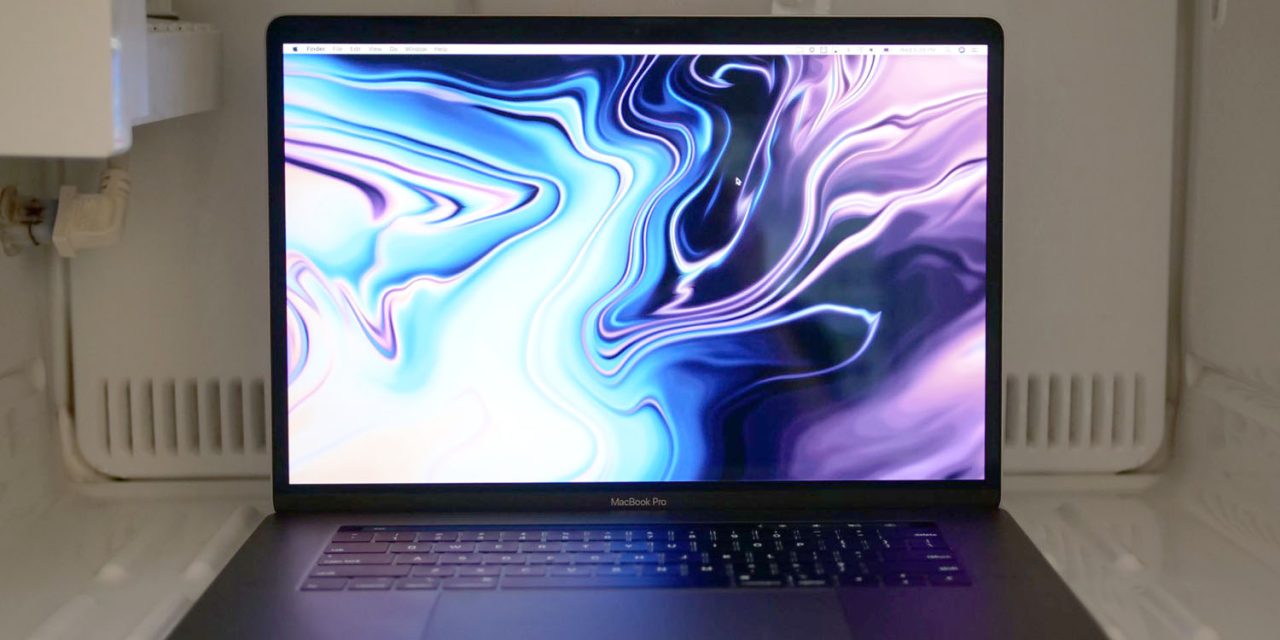 The furore began when a YouTube video showed that the maxed-out 2018 MacBook Pro didn’t seem capable of delivering the claimed performance of its 2.9GHz 6-core Core i9 processor. YouTuber Dave Lee found in Adobe Premiere tests that the MacBook Pro not only failed to apply Turbo Boost to achieve a high clock speed for a demanding task, it actually dropped the speed down as far as 2.2GHz – below the base level for the chip.

Re-running the test with the MacBook Pro in a freezer demonstrated that the problem was extremely aggressive thermal throttling.

We ran our own test with Apple’s own Final Cut Pro X software, and were able to replicate the results: extremely aggressive throttling with 6 cores, making it actually slower than 4 cores, and a significant speed boost with the machine in the freezer.

As ExtremeTech notes, Intel decided as long ago as 2015 that it was ok for manufacturers to apply their own thermal throttling approaches, even if that resulted in wildly different performance from the same CPU.

Intel explained that it had given OEMs more freedom to set certain specifications for their own systems. One example the company gave was skin temperature: If OEMs wanted to specify a low skin temperature that had the side effect of keeping the CPU clock speed from turboing as high as a competitive system from a different OEM that traded a higher skin temperature for better thermal performance, that was fine by Intel — even if it also meant two systems with the same CPU might perform very differently.

Of course, as the site’s Joel Hruska says, there’s a big difference between limiting turbo capabilities and dropping below the base speed for the chip. And while manufacturers will argue that it’s impossible to predict performance in the infinitely variable usage found in the real world, Hruska says this is no excuse.

Forget the idea that Apple, Dell, HP or any other OEM can’t possibly know what kind of workloads their customers are going to run. The major OEMs know exactly what their high-end professional customers run because, when push comes to shove, there aren’t all that many high-end applications that compete at the top of the market […]

OEMs could certify that their laptops don’t throttle […] Define a standard suite of software using common applications. Explain the reasoning. Perform the tests.

There was further concern where it appeared that Intel might have pulled a tool used to reveal CPU temperature and clock speed, but this has since been returned.

What’s your view? Should we accept that thin laptops aren’t able to dissipate heat as well as thicker ones, and that a performance hit is the price of portability? Or should Apple deliver promised clock speeds even if that means MacBook Pro models have to be thicker and heavier? Let us know your thoughts in the comments.