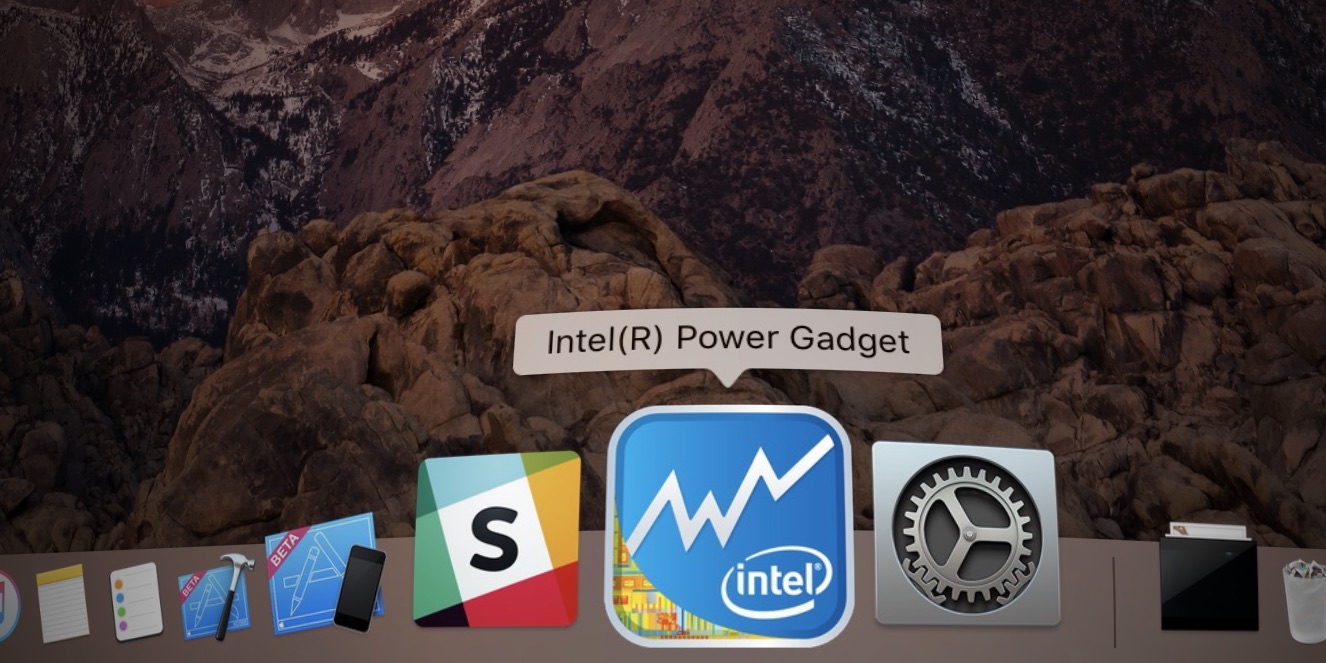 Update: The utility is back! Intel has published a minor update to version 3.5.3, seemingly to address some instability issues. Panic over. Original story below.

The download link for the Intel Power Gadget, which reports info like Mac CPU temperature and current clock speed, has been conspicuously removed from the Intel website today. There’s no explanation on the page as to why the company suddenly removed the download, although it sure is convenient timing. The utility has been used by many tech reviewers to highlight possible thermal problems with the 6-core 2018 MacBook Pros.

Perhaps Apple or Intel have discovered inaccuracies in the tool’s reporting and is now in the process of updating it.

The latest version of the app, Intel Power Gadget 3.5.2, was available for download for free up to last night. Various posters on Reddit are uploading mirrored copies for people to download now, given Intel’s official download is currently unavailable.

The latest-gen MacBook Pros retain the same hardware chassis design but feature new, power hungrier, quad-core and six-core CPUs. Particularly on the highest-end model, the 15-inch MacBook Pro with Core i9 chip, a number of reviewers have noted severe performance throttling, with the Power Gadget reporting the processors are dropping below their base clock speed with longer-running tasks like video export.

YouTuber Dave Lee brought this into the spotlight, demoing that the 2018 MacBook Pro was actually slower than the last-gen model at an Adobe Premier video export — seemingly because the new i9 chip kept having to be significantly throttled to maintain internal temperatures. In our own testing, we found that disabling two of the cores actually resulted in faster export speeds in Final Cut Pro than if all six-cores were active.

One of the things that has come out of this whole debacle is that the Intel Power Gadget can report CPU frequencies as low as 800Mhz. However, this does not necessarily mean that the CPU is being throttled — it likely means the CPU is idling whilst other components like a hardware decoder are operating. It is possible that Intel is now updating its tool to better explain the dips in frequency.

At the time of writing, only the Mac version of the Intel Power Gadget is unavailable. Downloads for Windows and Linux are still offered.