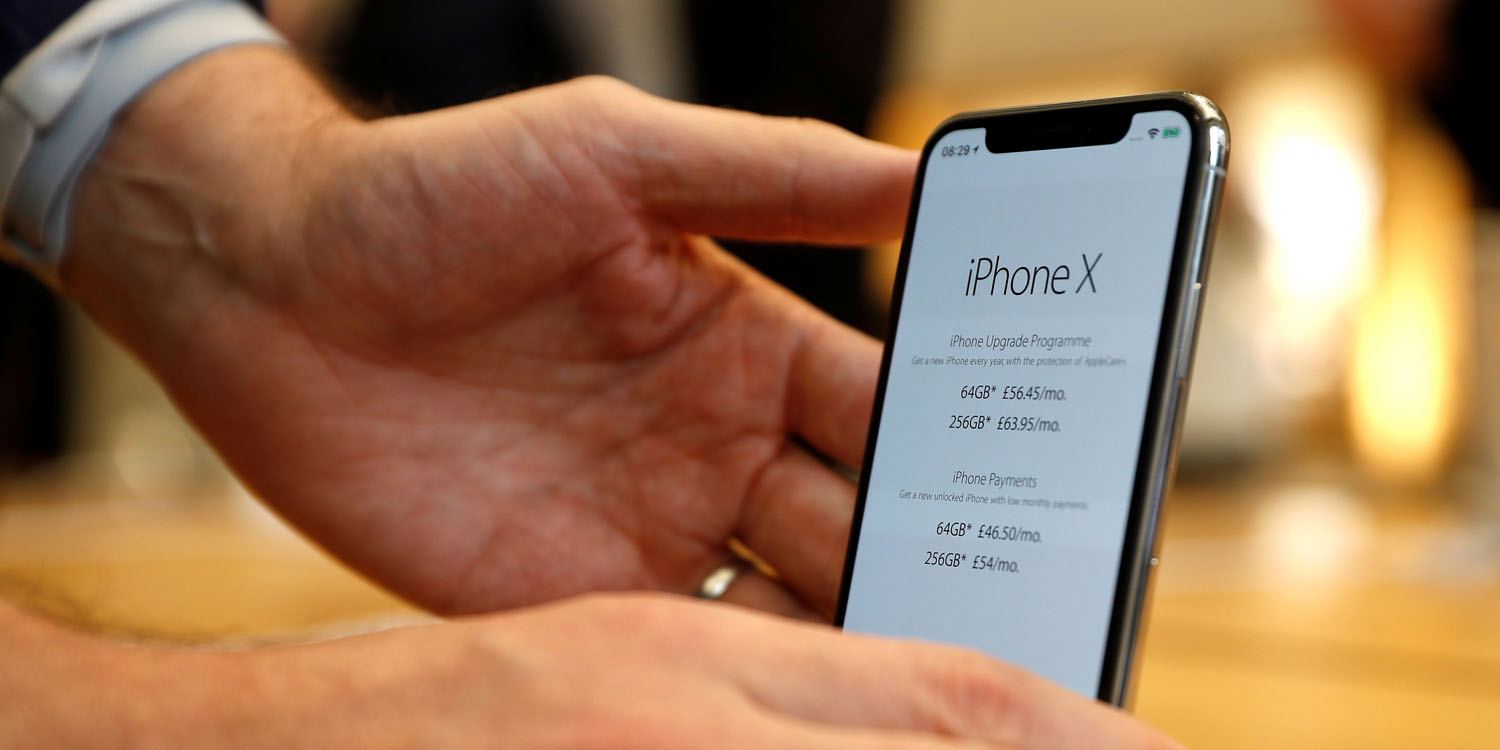 Analysts say that a variety of factors are likely to see the price of flagship smartphones continue to rise, with the success of the iPhone X a key influence.

While there were many who doubted that even Apple could persuade significant numbers of consumers to pay a four-figure price for a phone, CNET echoes our own comment that the company has proven skeptics wrong …

When Apple broke the $1,000 barrier for its iPhone X last September, critics scoffed at its exorbitant price. They doubted people would reach so deeply into their wallets for a phone that outpriced two other perfectly good iPhones, the iPhone 8 and iPhone 8 Plus. The critics were wrong. Apple CEO Tim Cook said in July that the iPhone X had outsold every other Apple device in each week since it went on sale Nov. 3, 2017.

With strong iPhone X sales, Apple proved that mainstream buyers are willing to pay almost as much, if not more, for their cell phones as they would for a powerful laptop. And with rumors of an even pricier 2018 iPhone X Plus-style phone coming down the pike this September, Apple’s moves to usher in the era of the $1,000 phone may just be getting underway.

Samsung, Huawei and OnePlus are all following Apple’s example in pushing up the prices of their flagship devices, says CNET’s Jessica Dolcourt.

There are some mundane reasons for this, argues LG.

Key factors include the cost of components, competitor pricing, carrier incentives, tariffs, etc. Fact is, these input costs are rising so we’re forced to follow suit

Companies are also including ever more sophisticated – and expensive – components in their phones.

Adding more sophisticated cameras like the iPhone X’s 3D depth sensing front-facing camera, or more lenses, like the Huawei P20 Pro’s three rear shooters, costs more too. And so do materials like glass or ceramic for a phone’s backing, or sturdy aerospace-grade aluminum for the frame.

But some of it, say analysts, is simply Apple making a decision to charge the price the market will bear.

CCS Insight’s chief research analyst, Ben Wood said: “I certainly accept that some elements of the cost came from the components and the manufacturing process […] but not to that order of magnitude. I also believe that Apple made a strategic decision to increase the price of the flagship iPhone to maximize the returns on a really amazing portfolio.”

Carolina Milanesi, an analyst with Creative Strategies, agrees. “There is certainly more going into these phones than ever before,” she said in an email. “The [materials cost] is certainly growing for these devices, but I do think that there is a premium margin applied by the brands to their flagship products because they are status symbols.”

Wood even believes that this year’s flagship might start at $1200.

There is great scope to have [an iPhone] X Plus. Why wouldn’t that be $1,200? There’s going to be a huge immediate backlash on social media: ‘What an outrage!’ and quietly people will go off and buy it.

While today’s tariffs have made the true cost of phones more visible, the reality for most consumers is that they make a monthly payment. A $200 price differential over a two-year payment plan amounts to less than $9/month, which for many is not going to be the key factor in their purchase decision.

How far do you think Apple could push pricing on its flagship iPhone over the coming years? What’s the most you would pay for the right device? Let us know your views in the comments.