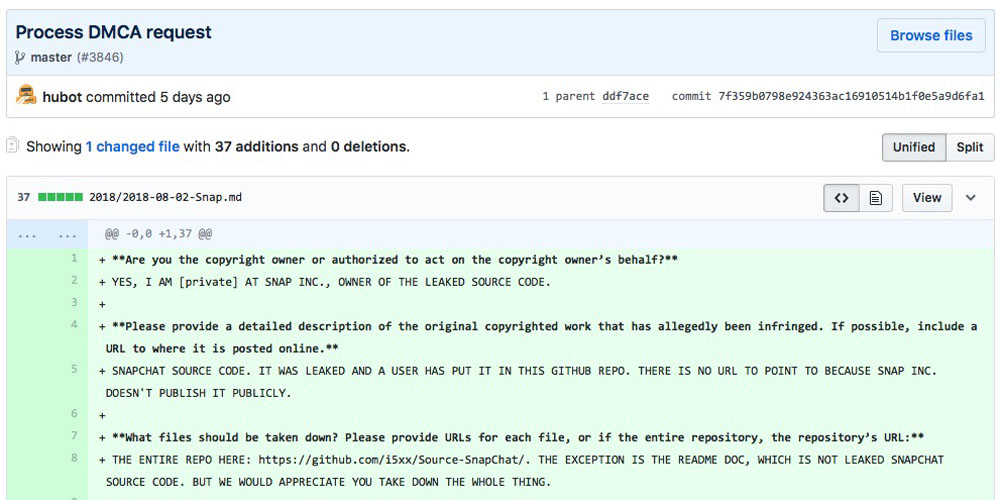 Some of Snapchat’s source code was posted on GitHub, apparently obtained when the company messed-up an update to the iOS app back in May …

Snap appeared to be in something of a panic over the leaked code: as Gizmodo notes, with the exception of two pieces of text the company is required to copy and paste, the entire notice is completed in capitals.

GitHub – now owned by Microsoft – complied with the notice and removed the code. Though once the code is out there, all Snap can really do is play whack-a-mole with mirrors. A Twitter post by a security researcher seeking a mirror of the repository quickly got replies from other users with links to mirrors as well as offers to send copies.

Does anyone have a mirror of the (now deleted) repository? hxxps://github[.]com/i5xx/Source-SnapChat/ #snapchat #leaked

Snap yesterday admitted that its controversial redesign of them app cost them users, as the company reported its earnings. The app went from 2.9% growth in daily active users the previous quarter to a 1.5% fall.