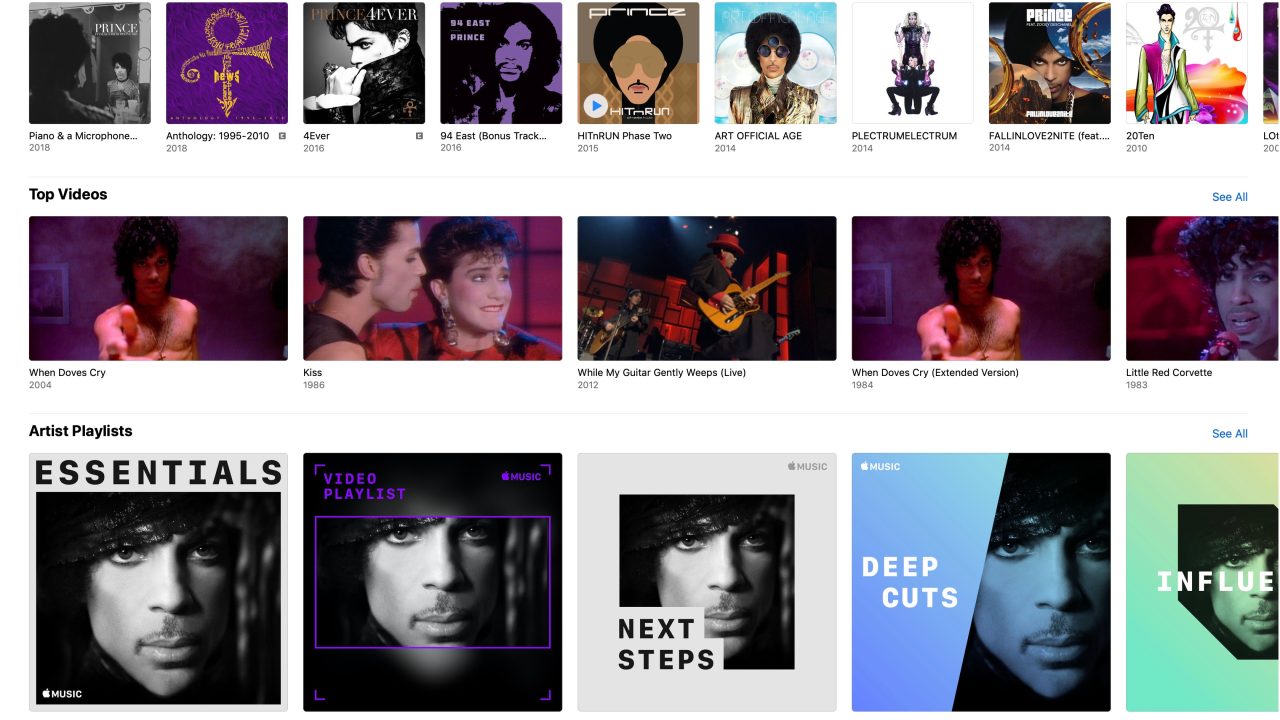 Prince’s Warner Brothers catalog hit Apple Music early last year, but that left many of his albums missing. That’s been corrected today, thanks to an agreement between the Prince’s Estate and Sony Legacy Recordings …

Variety reports that 23 albums issued between 1995 and 2010 have been issued in the first round, with more to follow. There’s also a brand new compilation album.

The recordings, which include such popular albums as “The Gold Experience,” “3121” and “Rave Un2 the Joy Fantastic” as well as a new 37-track compilation called “Prince Anthology 1995-2010,” had been largely unavailable for many years […] Many of these albums are available for the first time for streaming and download, adding more than 300 songs to the artist’s online in-print catalogue.

The recordings date from the latter half of Prince career, in which the intensely prolific artist released as many as four albums a year, either through his own labels or via one-off deals with indies or major labels.