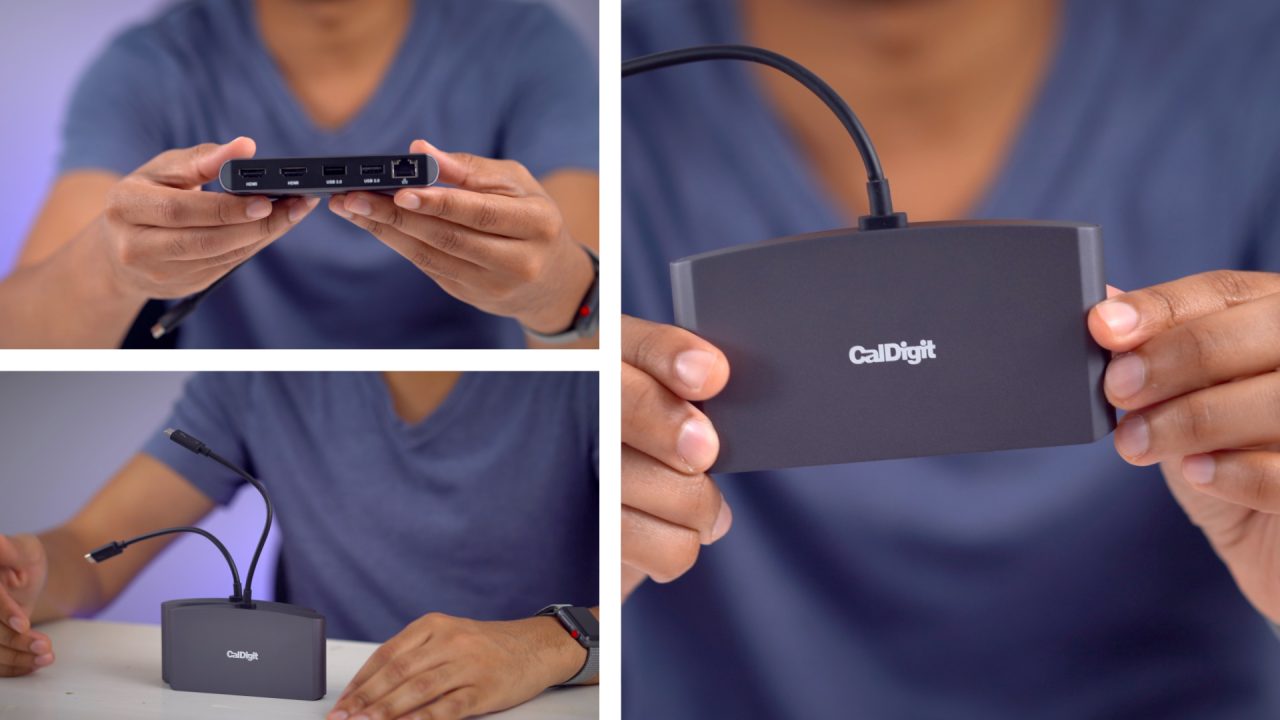 The CalDigit Thunderbolt 3 Mini Dock is a dock made specifically for connecting to two 4K displays simultaneously. Available in HDMI 2.0 or DisplayPort 1.2 versions, this bus-powered dock makes it easy to connect your MacBook Pro to a 4K monitor. Watch our hands-on video for more details.

CalDigit’s Thunderbolt 3 Mini Dock is a mostly-aluminum dock that looks similar to an old Nintendo 64 cartridge. It features a 7-inch Thunderbolt 3 cable that’s permanently attached for quick and easy connectivity to your MacBook Pro.

Inside the box, you’ll find the Thunderbolt 3 Mini Dock along with a single piece of documentation. Like the unboxing, the Mini Dock is a very simple affair, featuring two display connections, a USB 3.0 port, Gigabit Ethernet port, and a USB 2.0 port that’s exclusive to the HDMI version.

The device is small, shorter than an iPhone X, and not much thicker than Apple’s current flagship phone. The Mini Dock features two rubber strips on its underside to help keep it planted on the desktop.

I wasn’t able to test the DisplayPort version with two displays, because I currently lack enough DisplayPort-enabled displays to do so. I was, however, able to test the HDMI version, which is the more important test given HDMI’s finicky nature with 4K displays on the Mac.

I’m happy to report that I had no issues connecting two HDMI-enabled displays to my MacBook Pro, and both displays supported 4K at 60 Hz for silky smooth cursor movement. This is noteworthy, because I sometimes find myself struggling to establish a 60 Hz refresh rate when connecting an HDMI display to my MacBook Pro via other means. Not only did one display work perfectly fine, but both displays supported 60 Hz on the first connection. 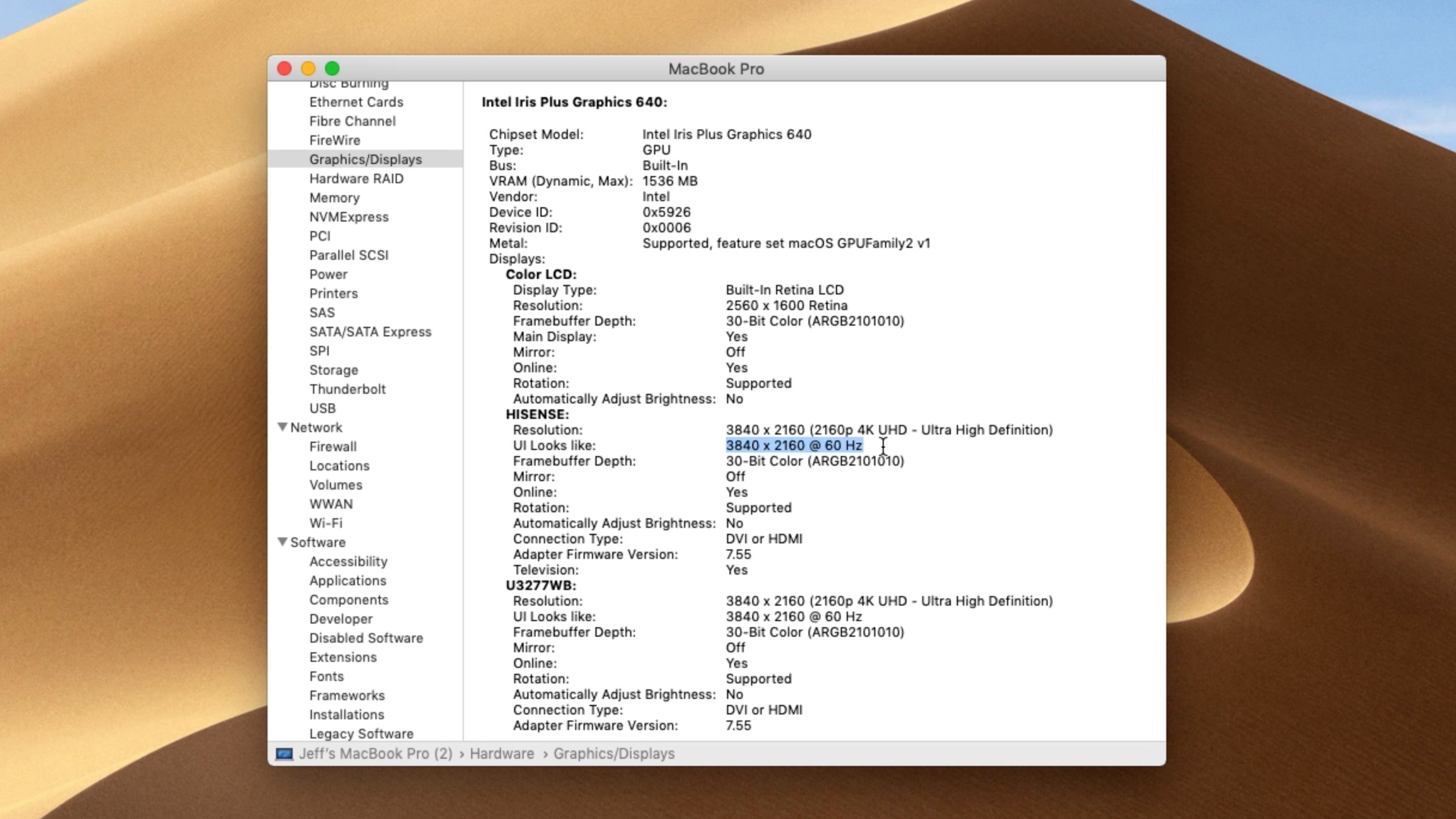 There really isn’t much else to be said about the CalDigit Mini Dock. Both versions hover around the $100 price point, with the DisplayPort version asking a slight premium over the HDMI model. 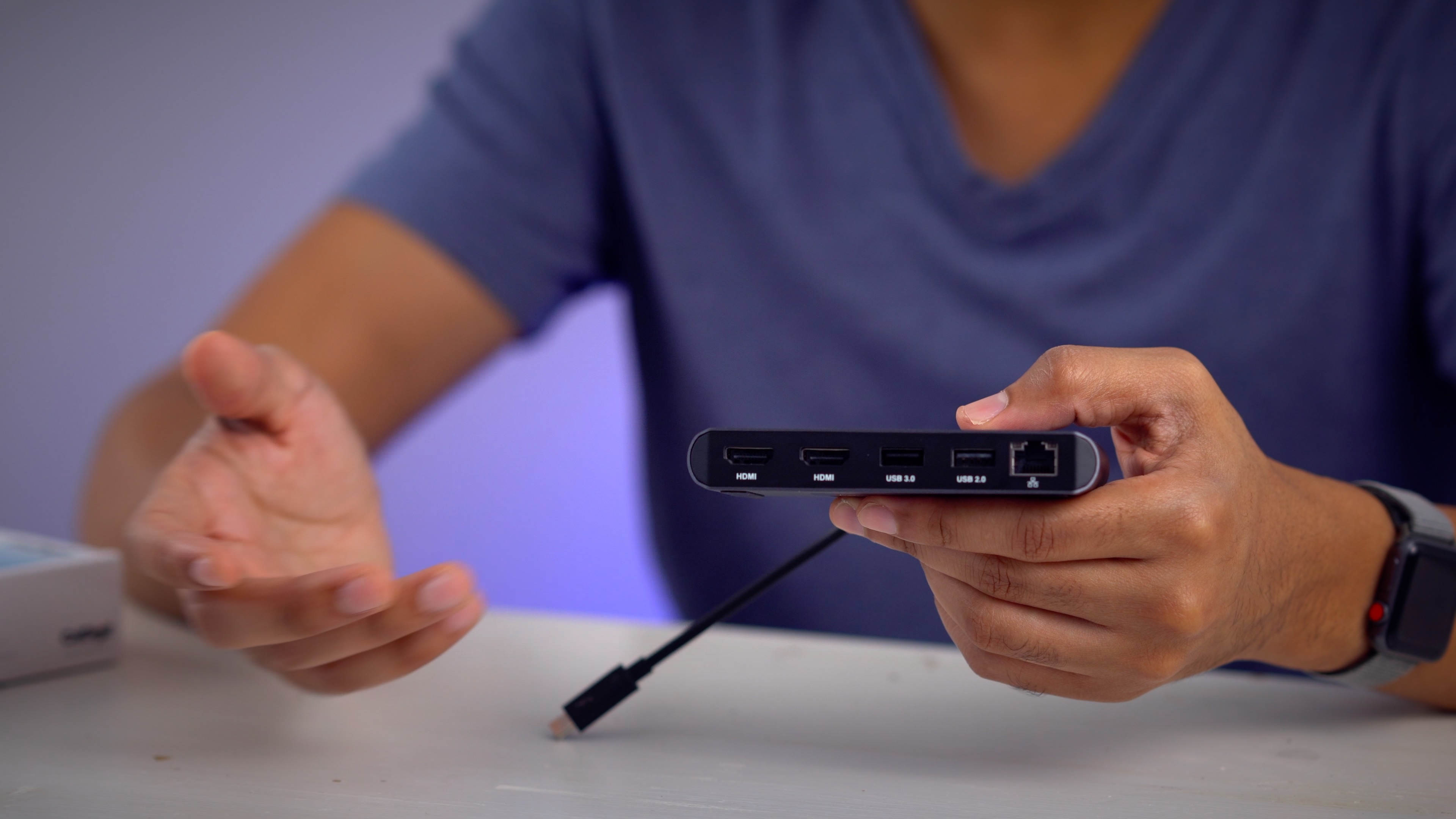 A bus-powered dock like this needs to “just work” upon connectivity, and that’s what the CalDigit Thunderbolt 3 Mini Dock did in my experience. It’s a relatively good-looking accessory with a built-in Thunderbolt 3 cable that allows you to quickly connect to multiple displays with ease. 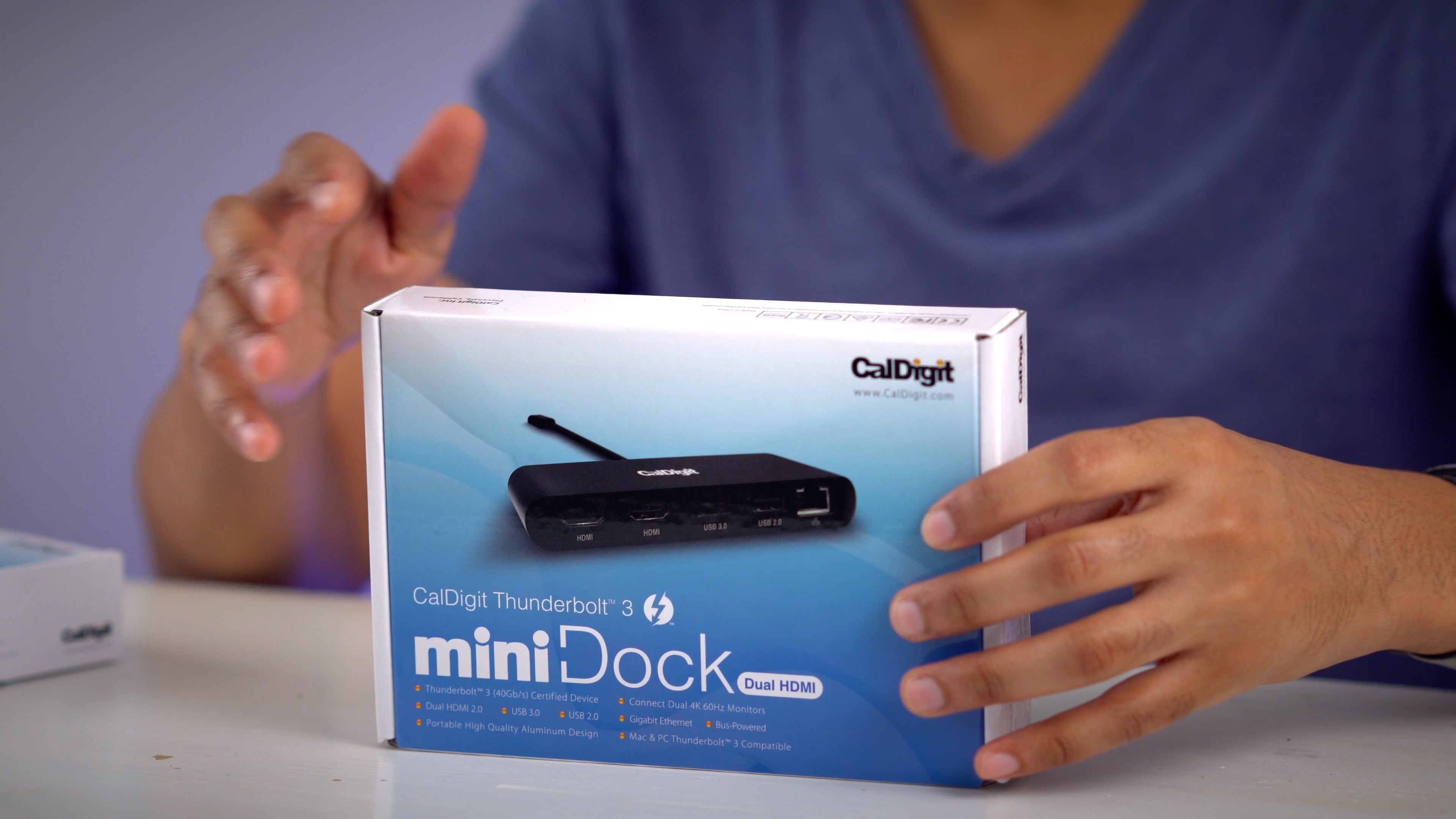 How do you currently go about connecting external displays to your MacBook Pro? Feel free to drop some knowledge down in the comments section.