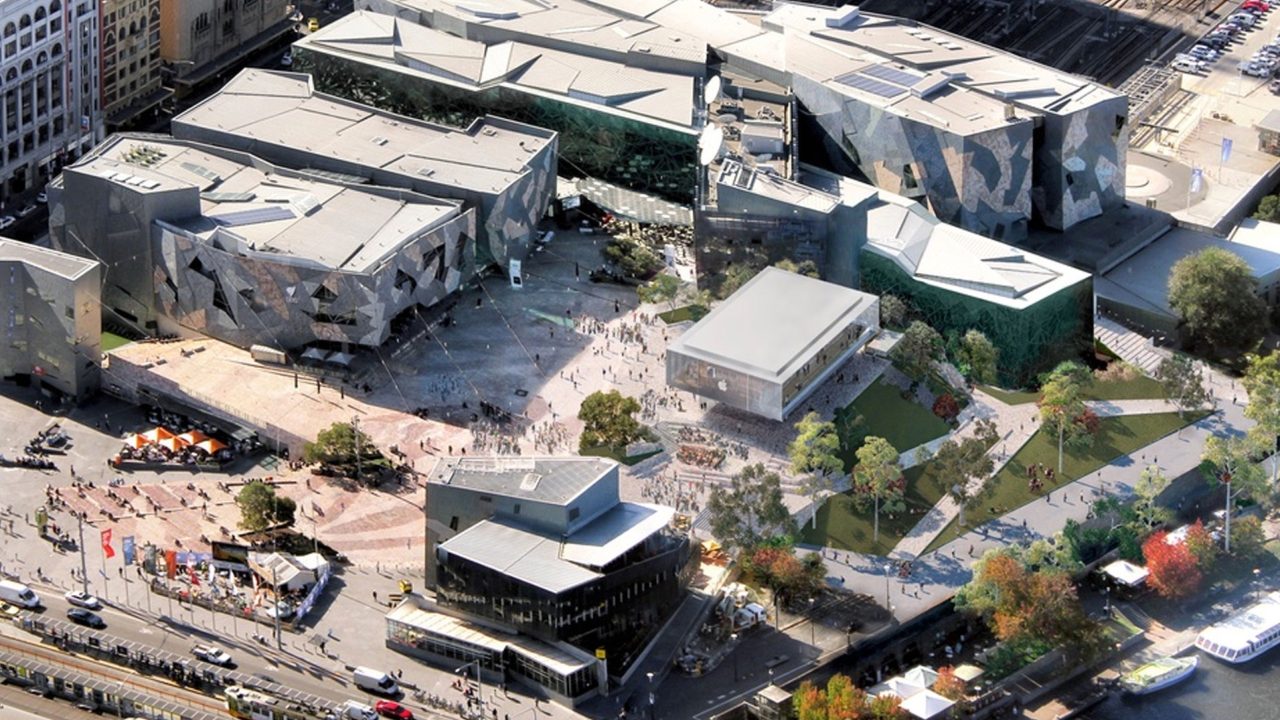 After eight months of unrelenting controversy and campaigning, new actions by Australian government agency Heritage Victoria could significantly delay or jeopardize Apple’s plans for a store in Federation Square.

A new document published from the desk of Heritage Victoria’s Executive Director has issued an Interim Protection Order on Federation Square for the next four months. The order bars any development, demolition, relocation, or alterations to buildings within the specified boundaries. Failure to follow the guidelines can result in significant fines and criminal penalties.

Earlier this month, Heritage Victoria announced that it had accepted a nomination for Federation Square to be listed on the Victorian Heritage Register. The nomination was fast-tracked due to concerns about Apple’s plans to significantly alter the public space. Today’s interim order reinforced the nomination’s legitimacy and is designed to freeze any changes made to the site until the nomination can be reviewed by the community and governing bodies. The document details the necessity of the order:

It is the view of the Executive Director that:

Apple’s plans for Melbourne were first released in December 2017, drawing instantaneous skepticism and pushback from community members who disputed the proposed demolition of Federation Square’s Yarra building. Revised plans released this past July did little to ease tempers, continuing to suggest significant alterations to the square. The Yarra building falls within the borders of Heritage Victoria’s new interim order.

Behold the first image from within Federation Square of the new Apple store proposal.

This is the anonymous box we are getting instead of the Yarra Building pic.twitter.com/oAgTOQid64

While Apple hadn’t planned to start any major construction until 2019, the temporary protection order means that the site will likely be saddled by a watchful eye and a myriad of red tape through the end of the year. If the nomination passes, Apple could be barred from beginning construction altogether. Several other construction projects are also currently planned for the square.