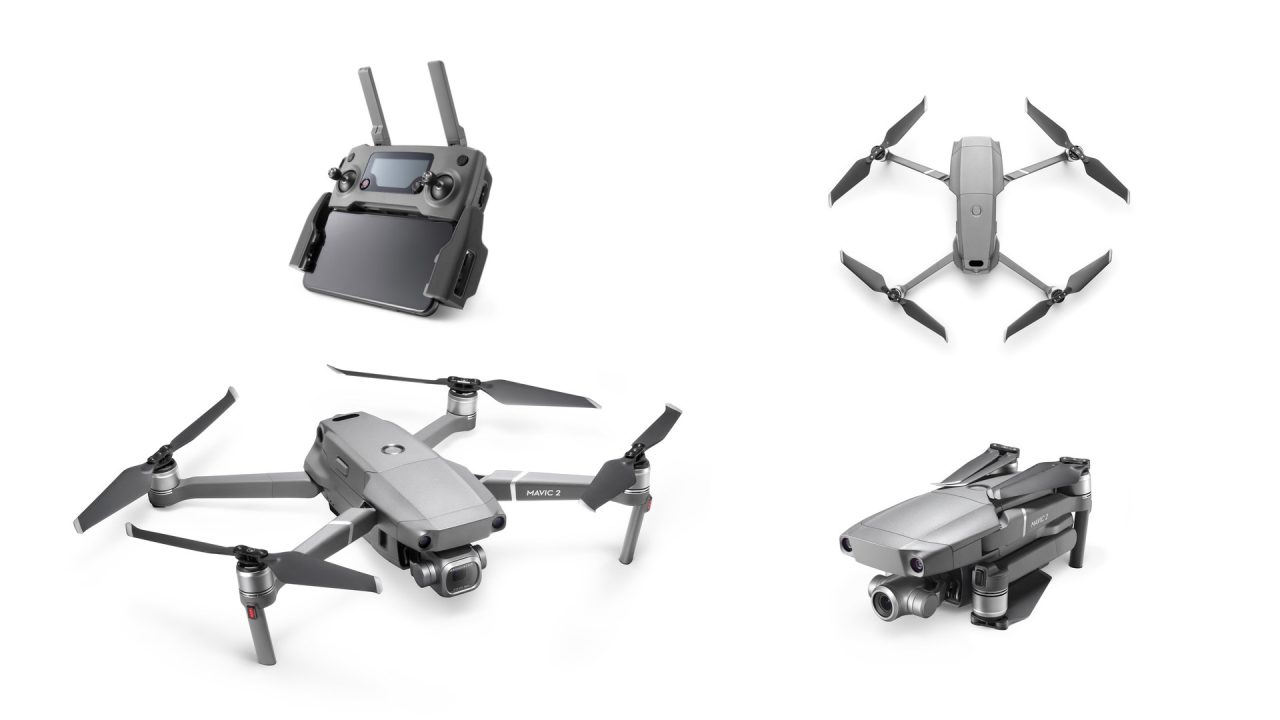 If you’re a fan of stunning aerial footage around Apple Park, DJI just made it easier to capture your own with the Mavic 2. Our sister-site DroneDJ is on location at DJI’s latest product unveiling in New York City where the drone maker is launching two new consumer quadcopters with some serious specs.

DJI’s Mavic line features super portable drones that fold up and fit in a bag for taking flight from almost anywhere. The two brand new flavors push the limits of what’s possible in consumer drones.

Mavic 2 Zoom’s focus on flexibility with Dolly Zoom in QuickShot mode lets you capture new experiences with in-flight zoom. For example, you can slowly zoom in to your subject while flying backwards to create a warping visual effect that can’t be created on-the-fly otherwise.

In terms of the in-flight experience, Mavic 2 touts up to 31 minutes of air time which is the longest flight duration for a consumer drone, 72 kph max speed in Sport mode without wind, and DJI’s signature low-noise flight tech. Onboard omnidirectional obstacle sending also makes flying Mavic 2 more approachable with smart obstacle avoidance on all sides.

Both drones include the aircraft, intelligent flight battery and charger, and remote controller. They all work together with iPhone to see in-flight aerial footage in real time on your device. RC cables included work with Lightning, micro USB, and USB C out-of-the-box. All video and photos captured are saved to a swappable on-board micro SD card which currently tops out at 256GB.

Read more on DroneDJ for all the latest details and much more.