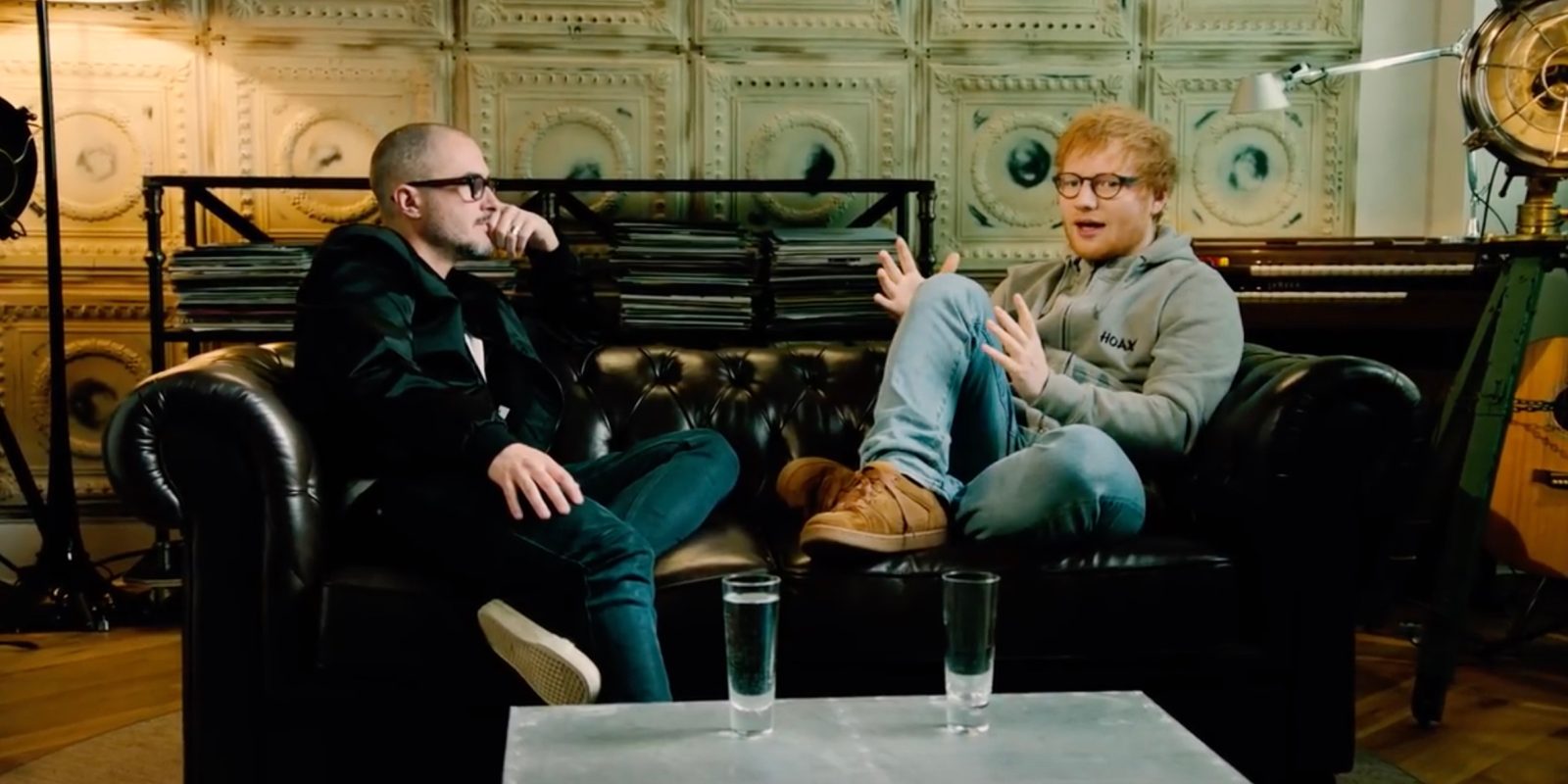 Apple bought the exclusive rights to an Ed Sheeran documentary earlier this year. The documentary, Songwriter, has now been released. With an active Apple Music subscription, you can find the 1 hour, 24 minute film in the TV & Movies section in the Music app’s Browse tab, or in iTunes on the desktop.

The film follows Sheeran across tour buses on the road and at home, as he created his latest album, Divide. Viewers get to see the seeds of creativity that form into number-one songs like Shape of You and Galway Girl.

The documentary was directed by Murray Cummings, Sheeran’s cousin. Apple is thought to have paid in excess of a million dollars for the worldwide exclusive rights.

To promote the launch, Zane Lowe interviewed Ed Sheeran with a stage Q&A for Beats 1. A recording of the interview will be available here soon.

Apple is expanding its TV strategy with billions of dollars invested in original content TV shows, a project that should bear fruit sometime next year. However, the company is continuing to also release exclusive ‘music movies’ for Apple Music, typically behinds-the-scenes stories of artists and bands like this one.

.@edsheeran, @murraycummings and @zanelowe in conversation. They dive deep into #Songwriter. Film and Q&A up now, only on @AppleMusic.