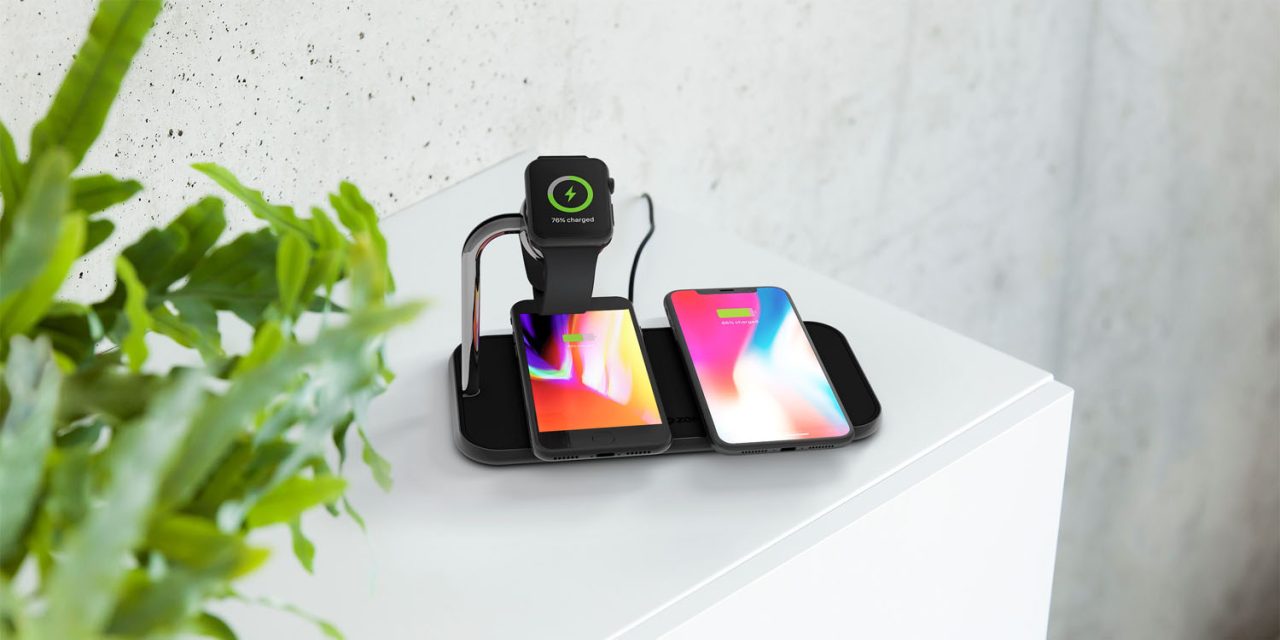 The latest report suggests that Apple may finally be launching its long-delayed AirPower wireless charger next month.

What isn’t yet known is the cost, rumors so far pointing to somewhere in the $160-190 range. If that turns out to be rather more than you might want to pay, Zens has a new product that may make a suitable alternative …

The Zens Dual+Watch Aluminium Wireless Charger offers the capacity to simultaneously fast-charge two iPhones and an Apple Watch. Given that the upcoming wireless AirPods case is likely to have a smaller power draw than an iPhone, the charger should work equally well charging an iPhone, Watch and AirPods case.

The Dual+Watch Aluminium Wireless Charger has an ultra-thin design that is made out of one piece high-grade aluminium. The charger supports Apple Fast Charge and has a total maximum output of 20W to support triple device charging.

What it doesn’t offer is the same clever tech AirPower promises: the ability to place any device on any part of the charging pad. Making this work reliably is likely to have been the cause of the lengthy delay in releasing the product. As Zac recently noted, no-one else has yet managed this trick either.

But if you can live with having to place your devices in fairly specific positions, the $99 price-tag may win you over. It will also be available in Europe for €99.

Zens says that the Dual+Watch charger will be available on September 15, likely around the same time that AirPower goes on sale. Existing single-device wireless chargers start at $10-15, however, and combined iPhone/Watch chargers at around $25, so the question will be what kind of premium you’re willing to pay for the neatness of an all-in-one solution.