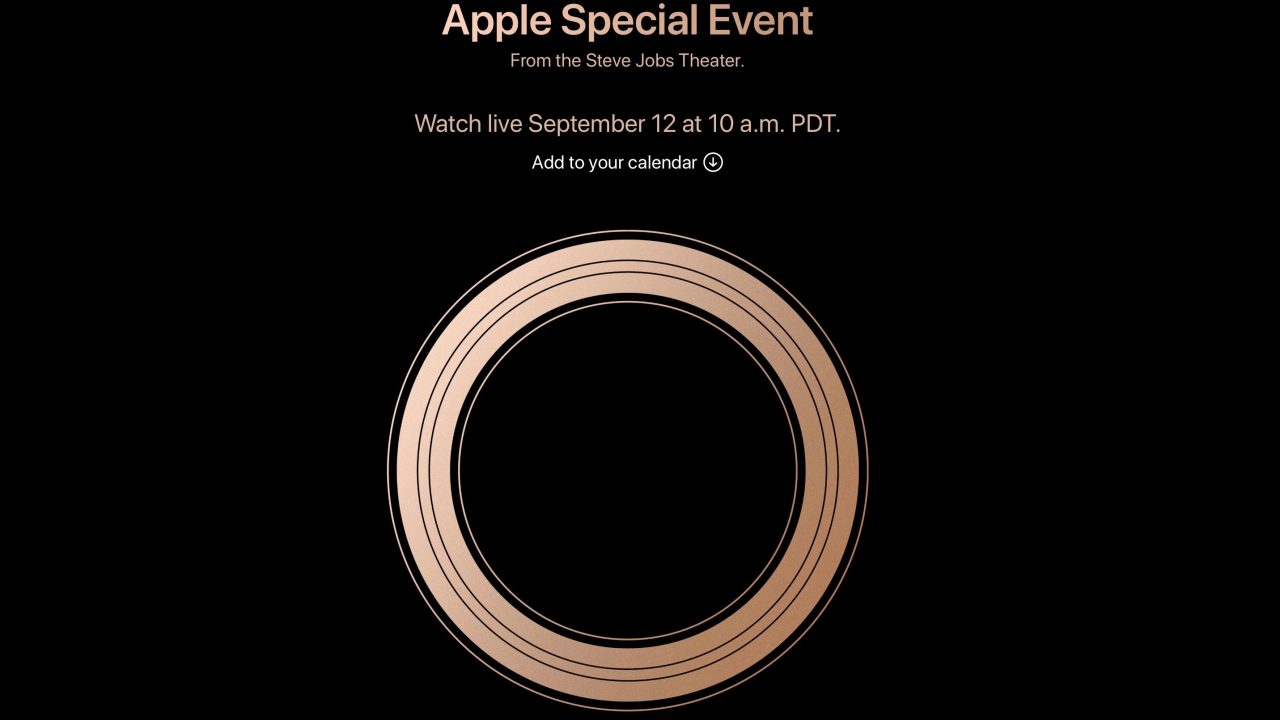 Today’s the day that Apple will officially unleash its iPhone Xs, iPhone Xs Max, Apple Watch Series 4, and much more. Apple’s ‘Gather round’ event is slated for just a few hours from now, and the company is making it easier than ever to stream.

Head below for instructions on how to stream Apple’s iPhone Xs event on iPhone, iPad, Mac, Windows, and more.

What time is the Apple iPhone Xs event?

The ‘Gather round’ iPhone Xs & Apple Watch Series 4 event is slated to take place at the following times:

How to stream the iPhone Xs event on iPhone, iPad, and Mac

The easiest way to stream the iPhone Xs event on your Apple device is to head to Apple’s Event webpage. Here, Apple will stream the event directly in your browser. According to Apple, the stream is best experienced in Safari on an iPhone, iPad, or iPod touch with iOS 10 or later, as well as with Safari on a Mac running macOS Sierra 10.12 later.

On Apple TV, simply look for the “Apple Events” application. This application will allow you to stream the September 2018 event, as well as any past Apple event. It was recently updated with support for this year’s event.

How to stream the iPhone Xs event on Windows:

For Windows users, the official stream from Apple through its Event webpage is best compatible with the Microsoft Edge browser. Apple notes, however, that users might have success with Chrome or Firefox, as well:

This stream is best experienced on a PC using Windows 10 and Microsoft Edge. Other platforms may also be able to access the stream using recent versions of Chrome or Firefox (MSE, H.264, and AAC required).

You can also stream the iPhone Xs and Apple Watch Series 4 event by using VLC. To do so, simply plug in this URL, which will load a direct stream of the event:

For the first time ever, Apple is streaming its September 2018 iPhone event on Twitter. Simply like the tweet below and Apple will send you a reminder when the stream goes live:

Join us September 12 at 10 a.m. PDT to watch the #AppleEvent live on Twitter. Tap ❤️ below and we’ll send you updates on event day. pic.twitter.com/i9mGHTKhvu

We’ll have live coverage of Apple’s ‘Gather round’ event as it unfolds. Be sure to stay tuned to 9to5Mac.com throughout the day, and follow us on Twitter as well.