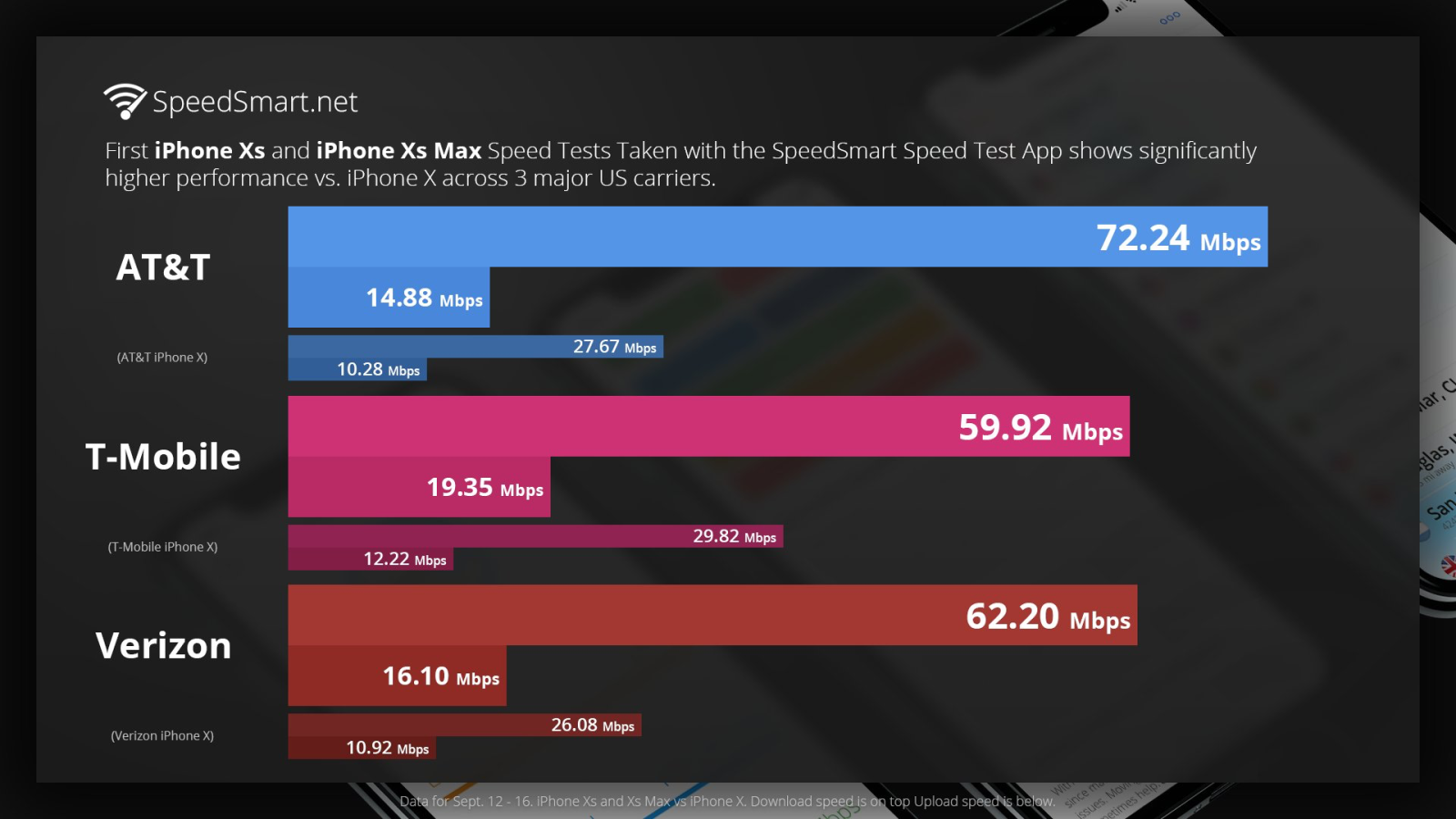 With the iPhone XS and iPhone XS Max a few days away from release, users are dying to get as much details about the new phones as possible. Today, SpeedSmart, a service that lets you test your wireless connection speed, has posted its initial tests of LTE speeds across the three major U.S. carriers, on the new set of iPhones.

Most interestingly, SpeedSmart tests the iPhone XS up against the outgoing iPhone X. From the first round of tests, it looks like the iPhone XS has massive gains against its predecessor, the iPhone X.

For those unaware, it may look like Apple has finally cracked the code on wireless networking. However, this is simply due to the fact that Apple has added 4×4 MIMO to their iPhone XS line of phones. This technology has been available on Android handsets for quite sometime, and it’s nice seeing Apple finally joining the club.

Aside from 4×4 MIMO, the new iPhone XS and XS Max also gain support for QAM and LAA, which are other radio technologies that will help improve speed and range on the new phones.

Apple’s iPhone XS and iPhone XS Max are set to release this Friday, alongside the new Apple Watch Series 4. Are you picking up any new gear this Friday?