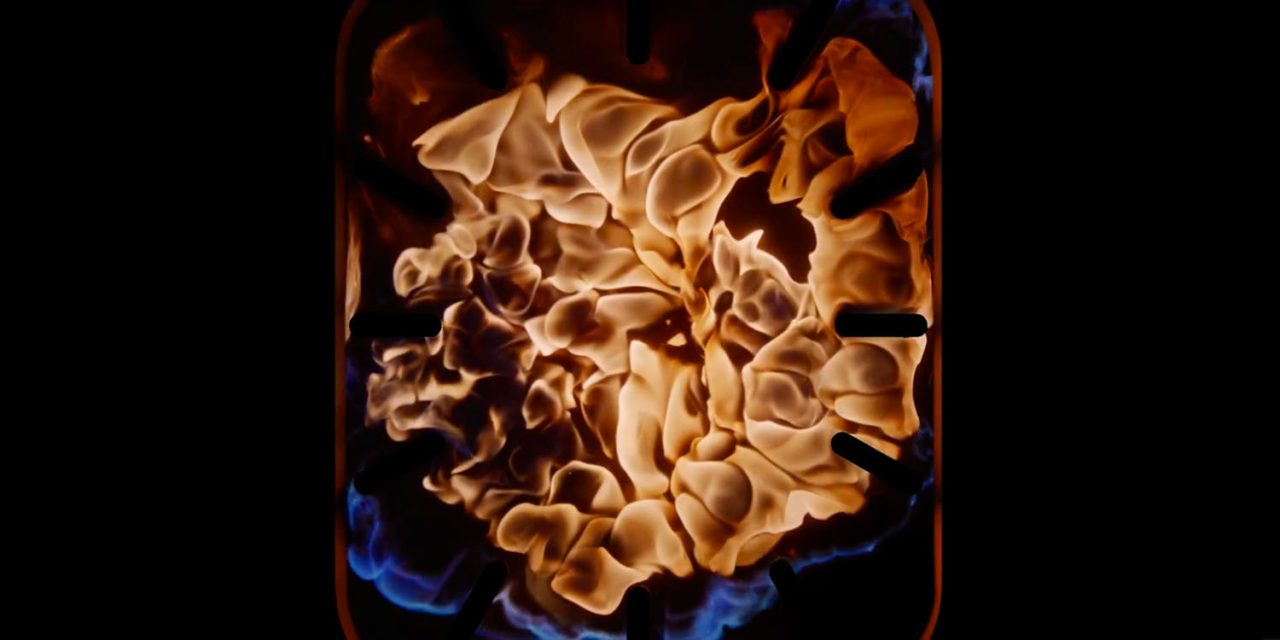 When Apple showed off those beautiful new motion Apple Watch Series 4 faces, you might have assumed they were artificially created.

But no: a new behind-the-scenes video reveals that what you are seeing is video footage of real fire, water and powder …

CoolHunting shared the story and video (below).

I vary between this info-dense watch face and the new ultra-minimal and very hypnotic Fire, Water, Liquid Metal and Vapor faces. And these faces are more special than Apple let on during their keynote. They’re not rendered—each face is high resolution video shot in a studio using real fire, water and vapor elements.

We probably could have done this digitally, but we actually shot all of this practically in a studio. What I love about the fact that we did this is that it’s just so indicative of how the design team works. It was really about bringing together some of our various talents to create these faces. There are of course art directors, and color experts, and graphic designers, but also model makers who helped build these structures that we would eventually, you know, set on fire.

The full versions were specifically created to show off the Series 4 display, but Apple also created circular versions for older models.

Check out the gorgeous video below.