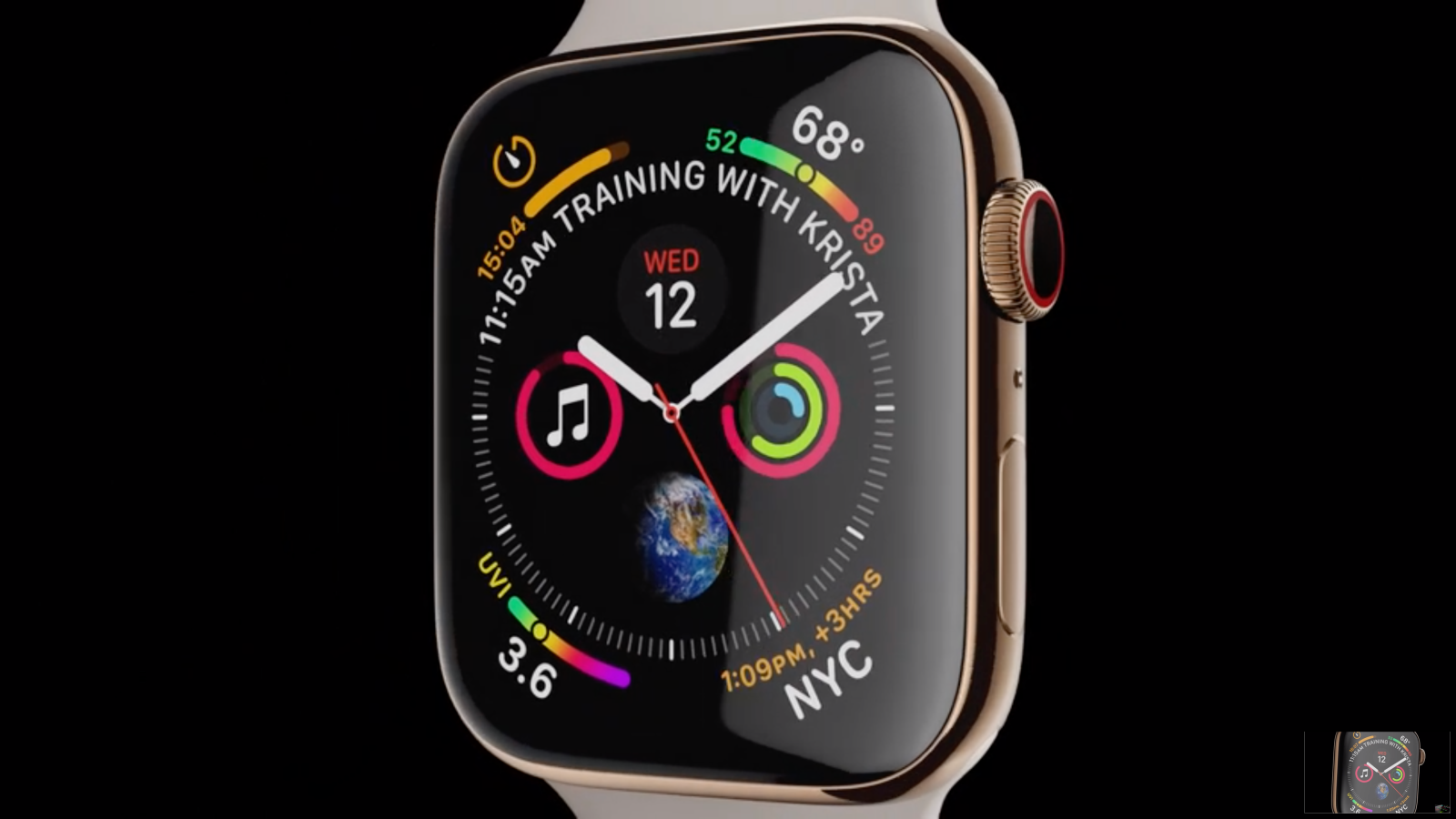 The modular watch face has been redesigned with more detailed complications, including ones from third-party developers such as MLB and Lifesum. The Breathe application is also becoming its own watch face.

Williams says there are also new “dynamic” watch faces that “uniquely interact” with the larger display – such as a water face where the bubbles in the water splash off of the edges.

In terms of hardware, the Digital Crown has been completely reingeered with haptic feedback. For instance, as you flip through content in the Podcast application. The speaker is also over 50 percent louder, according to Williams.

As we reported earlier this week, the Apple Watch Series 4 uses a new 64-bit processor that offers performance up to two times faster performance.

There’s also a next-generation accelerometer gyroscope, which Williams says allows Apple Watch to detect a fall. When a fall is detected, Apple Watch will send an alert prompting you to call emergency services. If it senses you are immobile for more than 1 minute, the call will be started automatically.

As for heart features, Apple Watch is now capable of detecting a low rate. The device will also now screen your heart rhythm, allowing it to detect atrial fibrillation.

As expected, Apple Watch Series 4 also now supports ECG – which measures the electrical activity of the heart. With Apple Watch, you can take an ECG directly on the Apple Watch by putting your finger directly on the digital crown. The feature – as well as irregular heart rate detection – has received FDA clearance.

Williams says that all health and fitness is encrypted on-device and in the cloud. Battery life on Apple Watch Series 4 is the same, 18-hours as before. Outdoor workout time is now 6 hours.

Pricing starts at $399 for the GPS model and $499 for the cellular. Preorders start September 14th, available September 21st.

Follow along with Apple’s September 2018 event in our real-time news hub and live blog here. Learn how to stream the event here.