We’re just over 24 hours away from Apple’s iPhone Xs and Apple Watch Series 4 event, and we’re still hearing new details about what to expect from these devices. Apple’s event kicks off tomorrow at 10 am PT/1 pm ET, and this is the latest on the new iPhones and Apple Watch…

The first tidbit is something we don’t put a whole lot of weight in as it comes from a single unconfirmed source that we believe has shared accurate information in the past, but it’s not a farfetched claim. That is the larger OLED iPhone which we expect to be called iPhone Xs Max will also be the heaviest model at 7.34 ounces.

If correct, that compares to the iPhone 8 Plus which weighs in at 7.13 ounces. The overall casings for both iPhones are expected to be about the same size, but the 0.20 ounce difference is likely do to with the use of stainless steel on the Xs Max versus aluminum on the 8 Plus for the enclosure band.

Gone are the days of obsessing over lighter and thinner — a trend that started reversing with iPhone 6s and each new Apple Watch — replaced with premium models with max weight, max screen size, and max price.

And despite the second year of iPhones priced at $999 and beyond, we now expect Apple to include the same slow 5W charging brick with USB-A in the box. After months of analysts expecting Apple to upgrade to a fast-charging solution that isn’t sold separately, Ming-Chi Kuo predicted otherwise yesterday and we’ve since heard the same thing.

Other tidbits floating around include expectations that the iPhone Xs Max with dual SIM will have four holes on one side of the Lightning port and seven holes on the other side — breaking from the current design of six holes on either side on the 5.8-inch model — although we don’t think that means the headphone jack is making its return. We’ll also likely see two more of those stunning space wallpapers (color matched for space gray and silver models) that we first saw in our gold iPhone Xs and iPhone Xs Max image. 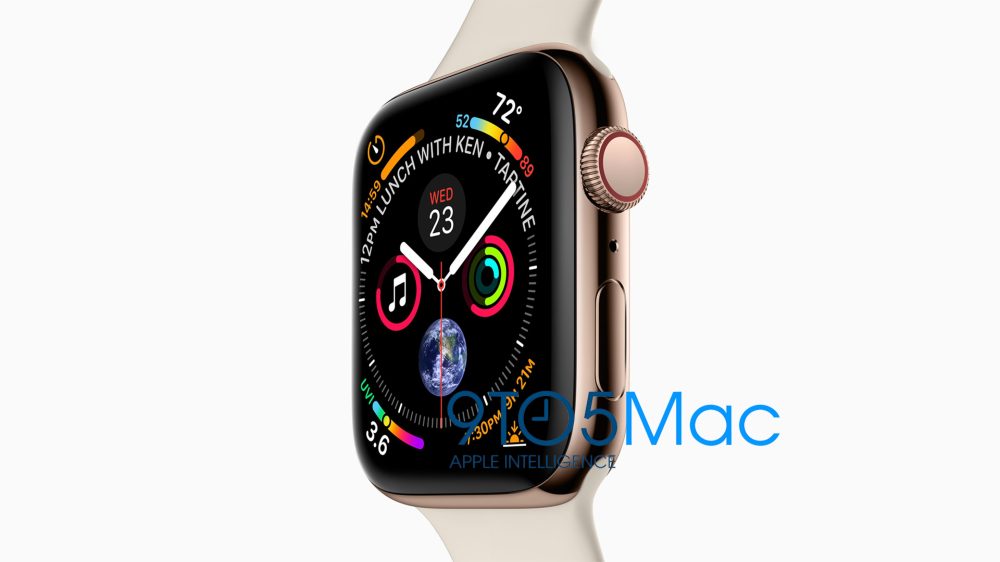 Finally, there’s talk that the Apple Watch may be going 64-bit this year. iPhone, iPad, and Mac processors are all 64-bit. 32-bit software is no longer supported on iOS and going away on macOS next year, but the Apple Watch S3 processor remains 32-bit.

That may change tomorrow with a more capable S4 SiP (system in package). If true, Apple Watch Series 4 could see yet another performance boost, not just a beautiful face lift with the larger screen, slimmer bezels, and new watch faces.

At any rate, stay tuned to 9to5Mac for the latest breaking news and rumors going in to Apple’s big event tomorrow — and follow our live coverage of the iPhone Xs and Apple Watch Series 4 event as it unfolds.