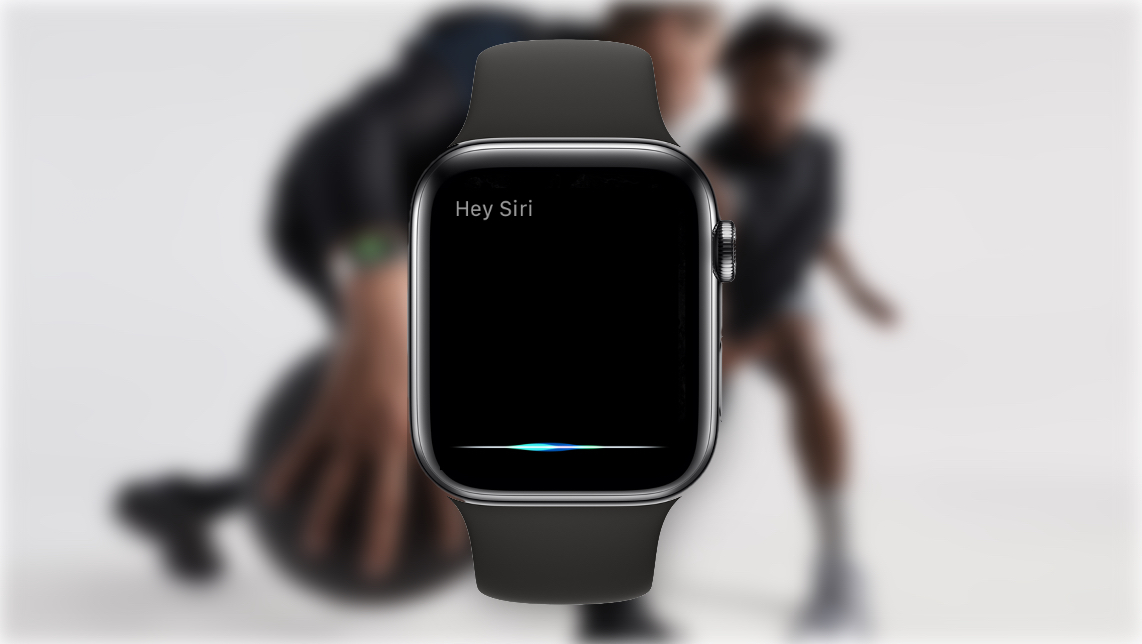 The waveform in the Siri interface on Apple Watch Series 4 works differently to how Siri behaves on other devices. It now animates the waveform in sync with changes in volume, like how Siri on iPhone works. Previous watches were much cruder.

If you look at how Siri animation works on Apple Watch Series 3 or earlier, the waves of rainbow colours dance freely and continuously as soon as the Siri modal view is presented.

The animation is completely canned and is not synchronized to the user input (speaking with your voice) in any way. It’s basically playing a video. This is a pretty poor user experience as you lose this implicit connection to the product, you aren’t getting realtime feedback. (In fact, the original version of watchOS did work this way — but the detail was dropped when Siri was designed in a later release.)

Siri on iPhone, iPad, Apple TV and macOS do it ‘properly’. The waveform does reflect the actual speech input; the waves bounce around a lot when speaking, and die away when the user takes a breath. Apple Watch Series 4 running watchOS 5 brings this same behavior to the wrist.

You can see an example of this in this demo video I put together, comparing my Series 3 and Series 4 side-by-side. The Series 4 feels more alive as each of my words are punctuated by a flash of color on the screen.

I hope this quickly-put-together video illustrates how much better the Series 4 behavior is. Apple should bring this to older watches, in fact, there’s no technical reason it should have been left stale for so long already.

Now, we can’t quite put a cork in this long-running feature request just yet. The dictation animation, which looks like a series of grey lines that change in height, does not gain this newfound dynamic animation ability. You can test this by opening a dictation sheet on the Watch — like when composing a text message using your voice — and don’t say anything. Just observe how all the bars on the faux EQ flash around as if someone is talking.

It’s pretty stupid that Apple did not deploy the same improvements seen on the Siri waveform to the dictation screen, hopefully that can follow in a future software update.