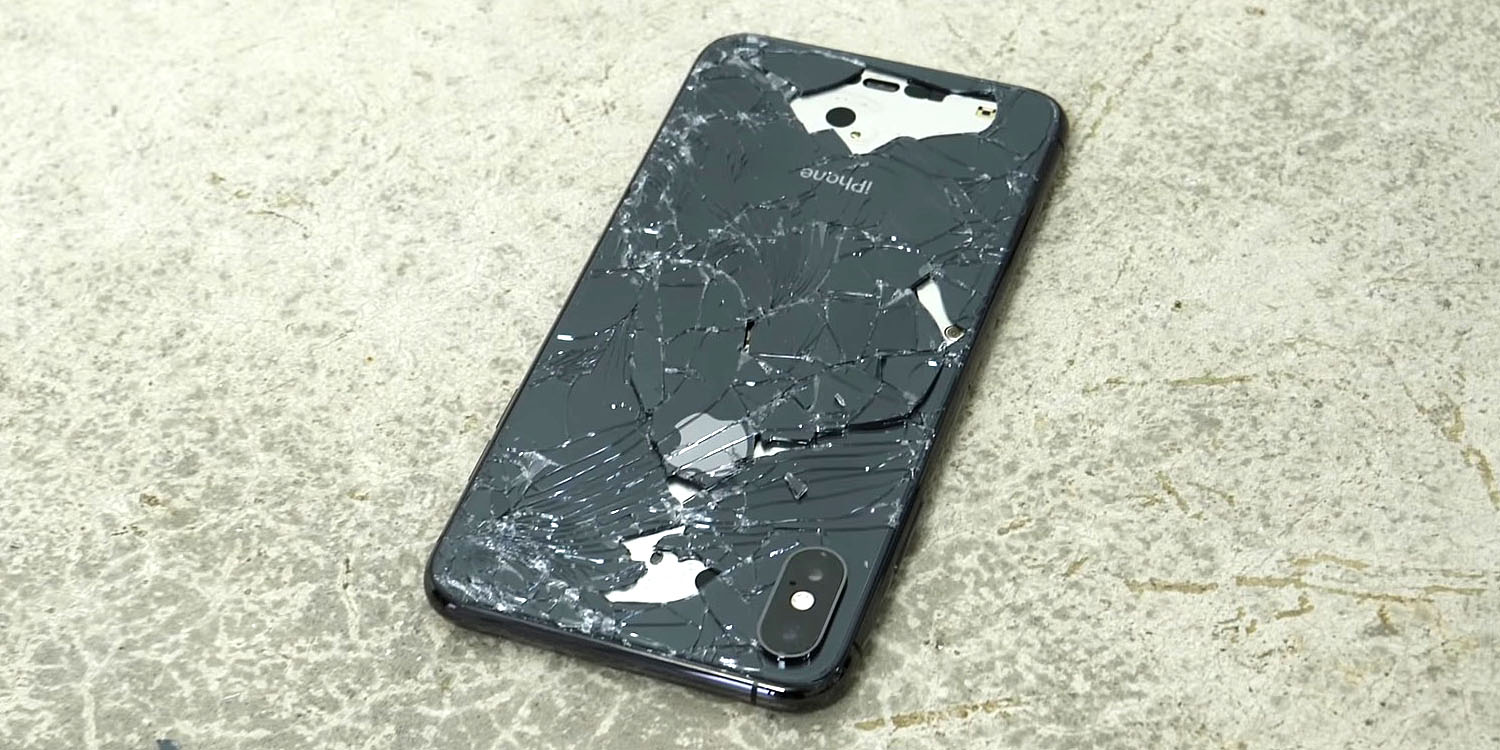 Apple claimed during the iPhone XS event that its new flagship models use ‘the most durable smartphone glass in the world,’ and it of course wasn’t long before people started putting that claim to the test.

CNET took a similar approach to TechSmart, starting with a ‘pocket height’ test – as if you’ve dropped it while removing it from a pants pocket – then moving on to head height.

Our iPhone XS looked intact upon first inspection, save for a few scuffs on the metal frame. But upon closer inspection, I noticed that most of the “damage” was cement debris that just rubbed right off. The glass on the edge of the screen near the top left-hand corner had a tiny dent, but it was barely noticeable, and there were no cracks on either side.

Considering last year’s iPhone X had already cracked at this point, I would say it’s already a win for our iPhone XS — up to now.

After four falls from up to 5 feet onto the concrete sidewalk, this iPhone XS came out almost intact. It has a few tiny dents and scrapes on the frame and the side of the camera, but the glass is nearly flawless.

Square didn’t take any prisoners with its tests: it started straight in at six feet – and the news wasn’t good. When dropped on their backs, both the XS and XS Max ended up with badly-shattered glass, though remained fully functional.

When dropped face-down, again from six feet, the XS screen badly shattered, and also developed a screen malfunction. The XS Max ended up with hairline cracks and loose glass, but remained fully functional.

The company also took Apple up on its beer-proofing claims, and dunked both phones in five feet of beer: 138 cans worth. Both models survived unharmed.

EAP started with waist height, similar to the pocket tests, and found no damage to either model from side or back-down tests. But the first face-down test shattered the glass of the XS, although the XS Max survived. To be honest, though, the difference is likely in how they landed – as you’ll see in the video below.

Head height drops on the back showed a little more damage, but not dramatically so in the case of the XS – while the Max got a badly-shattered back. On front-down tests, the XS screen shattered, the Max not.

With 10-feet drops, the damage was unsurprisingly extreme, but both phones did remain usable bar Face ID.

JerryRigsEverything did his usual scientific scratch tests. There are standard materials used to perform these, with hardness ratings ranging from 1 to 10. As Jerry comments, ‘glass is glass’ when it comes to hardness, and the XS screen scratched at level 6, the same as the iPhone X.

He also found that Apple’s claim to use sapphire to protect the camera didn’t stand up to scrutiny. Although it may contain sapphire, it started scratching at level 6 – the same as glass – while a pure sapphire watch face didn’t scratch even at level 7.

But he was impressed by the stainless steel frame, finding it more scratch-resistant than the aluminum used on some models.

It’s believed that the iPhone XS/Max uses Corning Gorilla Glass 6, but when CNET reached out for confirmation, both Apple and Corning declined to comment.

It should be noted that all these drop tests would have to be considered very unscientific. There’s going to be a huge amount of luck involved in terms of exactly how a dropped phone lands. A proper scientific test would require rigs that control how phones land, and would need multiple drops to average out the damage. But the expense of that explains why nobody does it.

The bottom line is that, unless you’re feeling lucky, some kind of case is always a smart move.