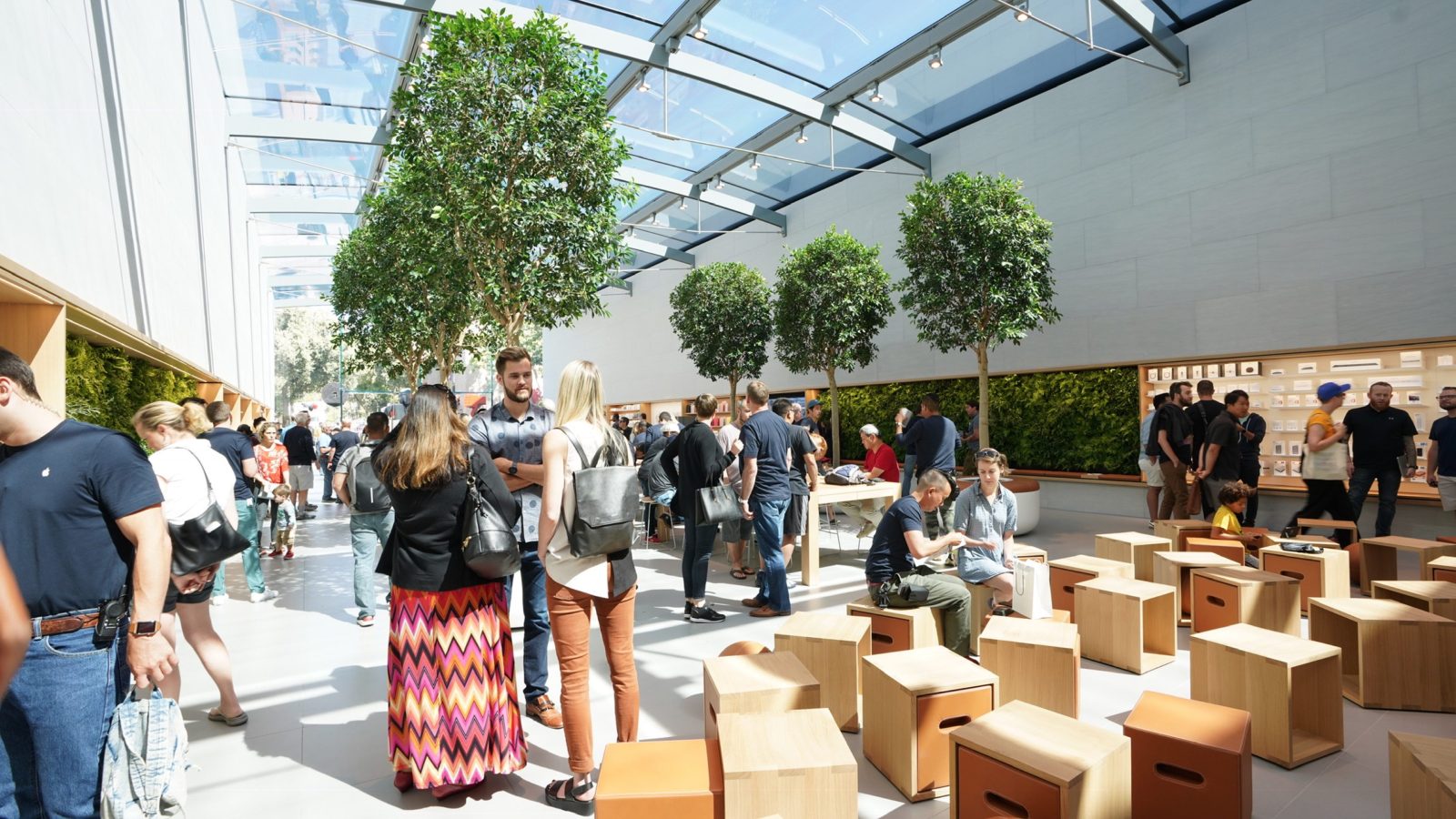 According to Palo Alto police, the city’s Apple store was first hit at 7PM on Saturday. In this round, the eight suspects got off with $57,000 worth of demo iPhone models – including the new iPhone XS and iPhone XS Max – and various other products. Immediately after the robbery, they fled in multiple vehicles, police say.

Less than 12 hours later at 5:50AM on Sunday morning, a passerby noticed that the Palo Alto Apple store’s glass front door had been smashed. This time, burglars stole some $50,000 worth of iPhones, iPads, and other products.

Investigators determined the burglar or burglars entered the store by shattering the door with either river rocks or coconut-sized boulders, Madrigal said. An estimated $50,000 worth of iPhones and iPads, among other items, were stolen.

The two robberies come following last Friday’s launch of the iPhone XS and iPhone XS Max – which attracted higher than average crowds to Apple stores through the weekend. Interestingly enough, Tim Cook had been at the Palo Alto store on Friday to celebrate the launch event.

At this point, police have not identified or arrested any of the suspects in either instance. It’s also unclear if there is any connection between the two robberies.

Apple takes extra steps to ensure that stolen products are virtually useless once they leave an Apple store. Essentially, demo devices use a special operating system that includes a ‘kill switch.’ That kill switch disables the device when it goes out of range of store Wi-Fi.