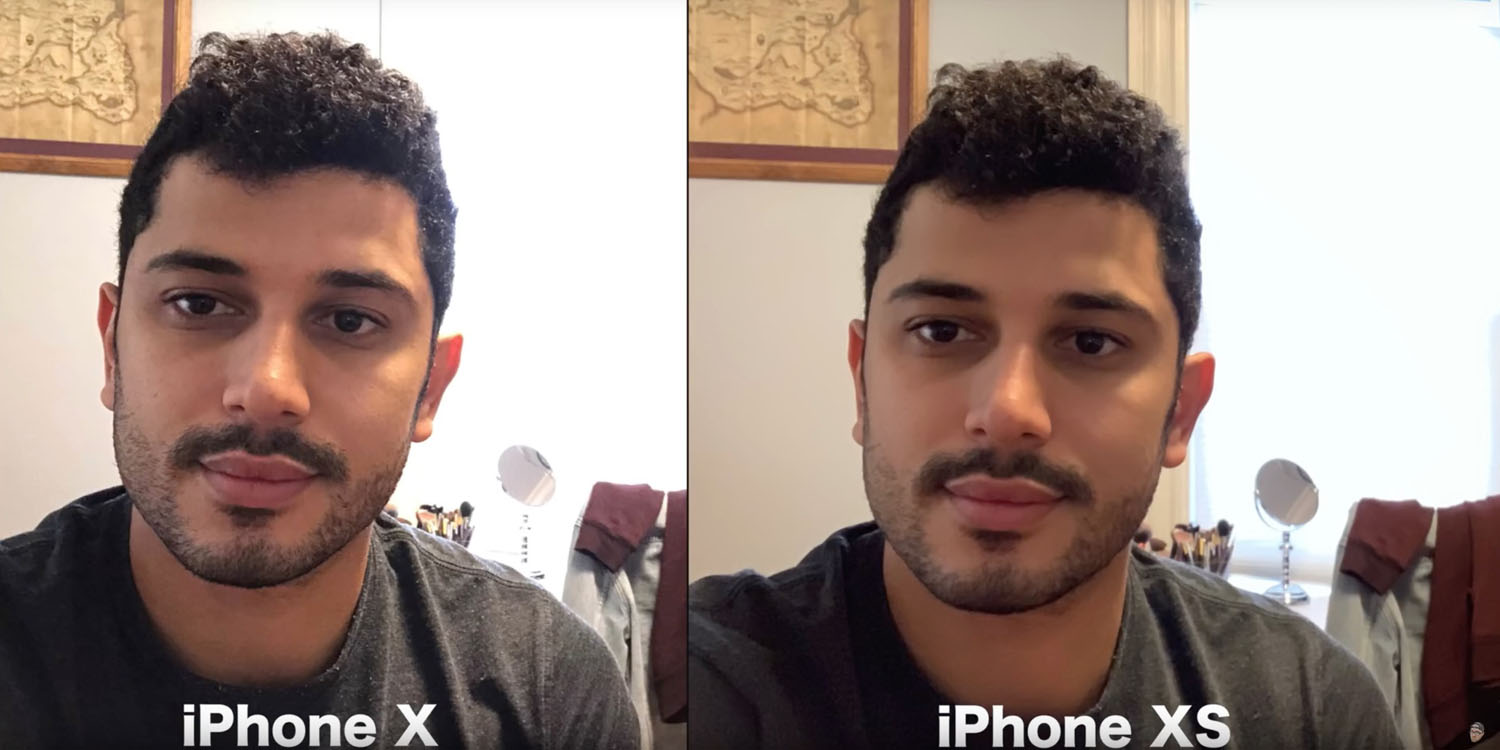 Reviews suggest that the iPhone XS camera is a significant upgrade on the one in last year’s iPhone X – but some owners are complaining that the front-facing camera comes with one upgrade that is unwanted and can’t be switched off.

One thread begins with a close crop of skin smoothing which is so heavy it makes the shot look out of focus.

iPhone XS is applying skin smoothing/beauty filter on the front facing camera without telling you and no way to disable it. This is not acceptable.

Others quickly chimed in with complaints.

When you compromise the integrity of the camera without telling anybody and no option to turn it off, you’re deliberately selling consumers a gimped product. Also, it’s just not possible than a filter algorithm can work 100% in a blanket way. It’ll probably lead to the uncanny valley effect.

The “filter” looks so **** as well. It’s like really poor photoshopping by someone trying to “airbrush” with no clue about how to subtly touch up a photo. Hint: caucasian skins aren’t dayglo orange.

Mine almost makes me look like I’m a character from the sims.

Many compare the effect to a Snapchat filter.

I just got my phone and love it, but when I opened the camera app to the front facing camera, my face looked like it had a Snapchat filter on it. My skin looks too smooth.

I am so frustrated with this camera. I look stupid in snaps. It looks like I’m using an air brush filter. Please find solution to this

Lewis Hilsenteger from the Unbox Therapy YouTube channel even made an entire video about it (below).

iPhone XS portrait seems like it’s doing more aggressive skin smoothing […] Somehow the device was putting me in some kind of automatic beauty mode or something.

Business Insider notes some are referring to the phenomenon as ‘beautygate.’ Are you seeing this in your own selfies? Let us know in the comments below, and any sample photos would be great.

Update: Abdul Dremali, whose photos are shown above, told us that ‘Apple reached out to me yesterday and are working on this issue actively.’