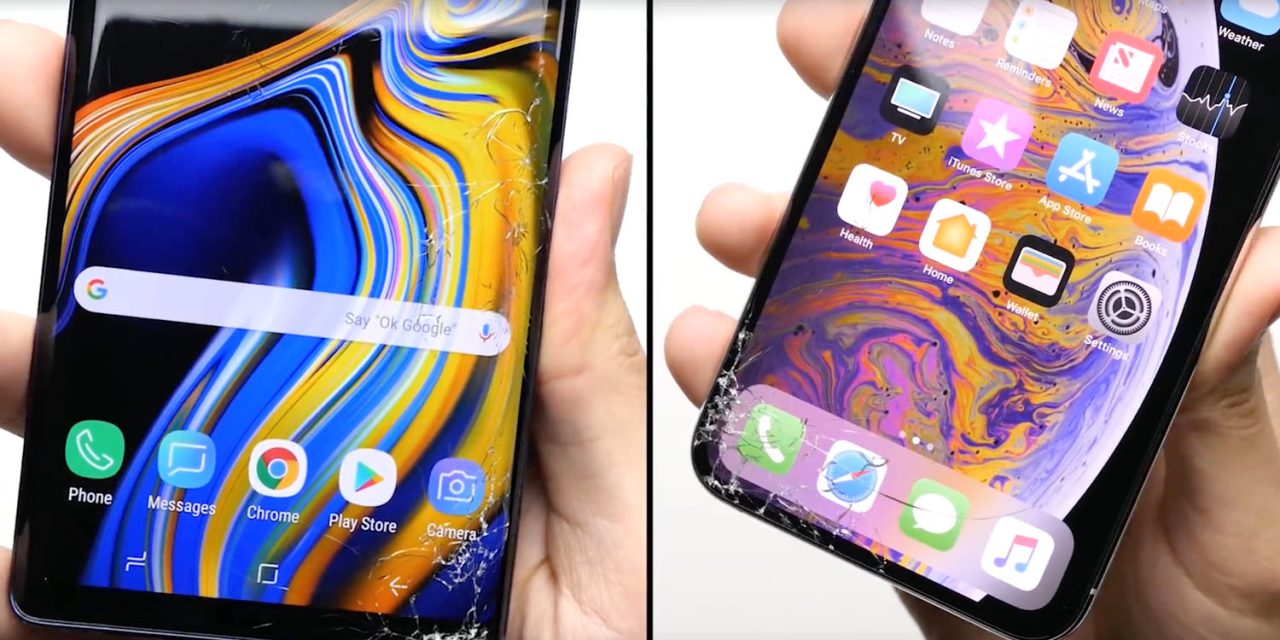 The iPhone XS/Max drop tests just keep coming, and we’ve now got two from some of the most popular YouTubers to do them: JerryRigEverything and PhoneBuff – videos below.

Zack Nelson, who runs the JerryRigEverything YouTube channel, said that his own tests have proven him wrong …

Nelson said he was skeptical about Apple’s claims of ‘the most durable glass ever in a smartphone’ as he hadn’t been impressed with his drop test of the iPhone X last year.

He started with knee-level drops, as if the phone had fallen out of a pocket while getting out of a car, and ended with head-height drops – as if it slipped while making a phone call or taking a photo. To add some interest, he has one unprotected phone and another in a case.

He said after the final drop that he was very surprised by the results.

No way, it’s still alive! That is royally impressive. Both of the phones [cased and uncased] are fully functional with zero damage.

The iPhone XS Max fared less well in drop tests carried out by David Rahimi, aka PhoneBuff. He pitted the larger model against Samsung’s Note 9.

He did note that the iPhone glass held up better than that of the Samsung device, but the last of the four drop tests left large areas of the iPhone touchscreen unresponsive, rendering it unusable.

We include our usual disclaimer that there are simply too many variables in drop tests for the results to be very meaningful – they are at best indicative. A proper scientific study would use rigs to ensure identical impacts, and averaged results from drops to multiple phones. But there’s no denying the fun in watching them; check out earlier ones here and here.

Update: CNET has also carried out water tests, dropping an iPhone XS into a swimming pool and salt water, as well as spilling orange juice, hot tea, red wine and beer on it. Both phones used survived all the tests.