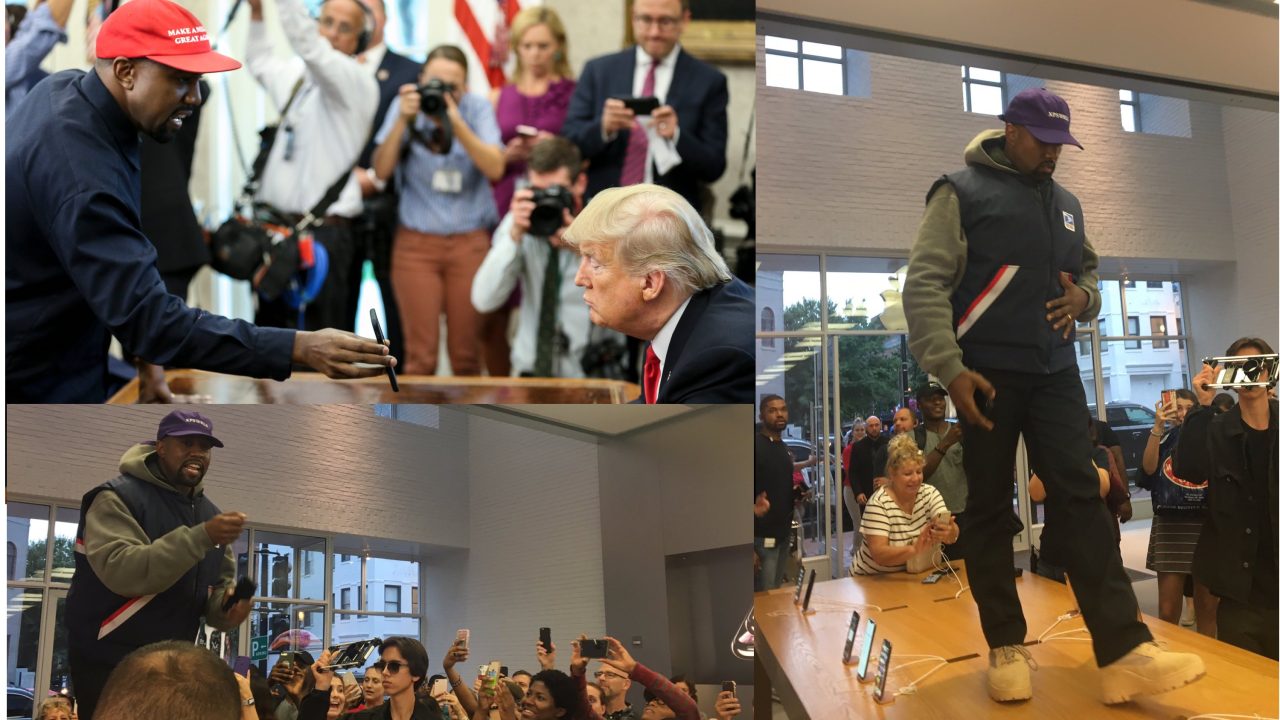 Kanye West was in Washington D.C today to meet with President Trump in the Oval Office. As you might expect from such a combination of two people, the day wielded some interesting tidbits: an “iPlane” replacement for Air Force One designed by Apple, West’s uber-secure iPhone passcode, and a table-top keynote at the Georgetown Apple store.

First and foremost, during his meeting with Trump and Jared Kushner, Kanye pitched the president on an “iPlane One” prototype. This plane, designed by Apple, would be a hydrogen-powered replacement for Air Force One. West even went as far as to show Trump an image of the plane on his iPhone X.

“What we want to start with is – I brought a gift with me here – this right here is the iPlane One. It’s a hydrogen-powered plane, and this is what our president should be flying in. We’re going to have Apple, an American company, work on this plane,” West said to Trump.

The Telegraph’s James Titcomb was quick to note on Twitter that the image West presented to Trump is actually a 2012 concept of an “iPlane” from an industrial designer.

Of course, in the process of showing Trump the image, West also revealed his iPhone X passcode – the incredibly secure (and sadly incredibly common) 0-0-0-0-0-0. One may wonder why West doesn’t use Face ID, but the jury’s still out on that answer.

Kanye West thinks Trump should ditch AirForceOne for this plane to be manufactured by Apple #tictocnews pic.twitter.com/7dBcOVhHlr

The meeting also included an “extended soliloquy” from West, during which he praised Trump, said he “loves Hillary,” and much more. “If he don’t look good, we don’t look good. This is our president,” the rapper and fashion designer said.

After his Oval Office meeting, West headed to the Georgetown Apple store (the same one where Robert Mueller was pictured last month).

While there, Kanye apparently asked to give a “keynote” to shoppers – reporter Jack Jenkins said on Twitter. He proceeded to stand on a demo table and claim that he has “made an updated hat that says ‘Make America great, without the ‘again…and Trump wore it!”

Kanye West’s Apple store trip then concluded, with the rapper leaving and telling everyone he was headed to Africa (presumably to finish recording his upcoming album).

Just a typical day in America at this point.

He’s announcing he made a hat for Trump that says “made an updated hat that says ‘make America great’ without the ‘again’…and Trump wore it!”

Shows a picture on his iphone of Trump wearing said hat.

Says the “again” part of the original slogan “hurts back people.” pic.twitter.com/mt2vO3Sl86