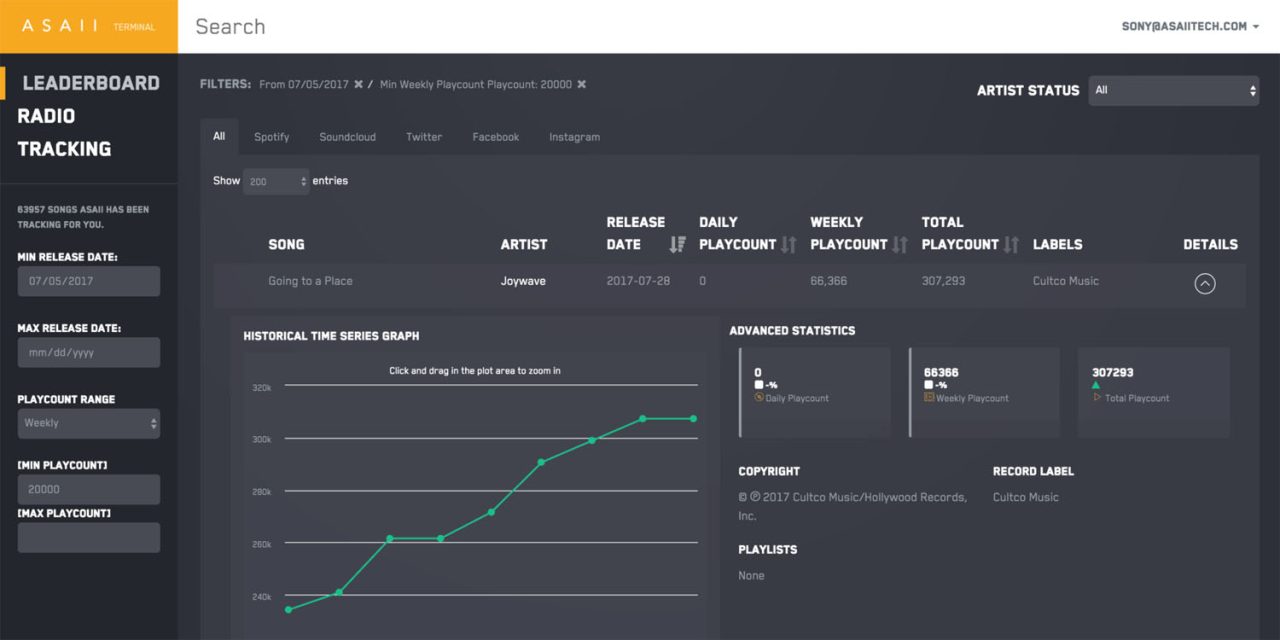 Apple has acquired Asaii, a music analytics company which claims to be able to identify future hit artists ten weeks before they chart.

The company announced in September that it would be shutting down, but didn’t give any explanation at the time – though an acquisition was suspected …

The news was broken by Axios, who notes that its source has been confirmed by LinkedIn profiles, including that of founder Sony Theakanath, which now lists his employer as ‘Apple Music at Apple.’

Along with bolstering content recommendations to users, Apple is also interested in Asaii as it can help it compete with Spotify’s efforts to work directly with smaller artist —like a music label — Axios has learned.

Music Ally was also able to confirm the acquisition.

The deal has been confirmed to Music Ally by the company’s first investor.

“As the first investors in Asaii, we are incredibly excited by their recent acquisition by Apple where they will have the opportunity to dramatically scale their impact and continue building out their vision for the future of the music industry,” Cameron Baradar, founder of The House, told Music Ally.

The most obvious reason for Apple’s interest is to improve Apple Music’s For You recommendations.

At Midemlab, Theakanath talked about a product called Asaii Recommend, which could create algorithmic, personalised playlists as well as recommend songs and playlists to people based on their listening habits.

But Music Ally backs the Axios report that there is more to it.

Asaii had another product that Theakanath talked about during his Midemlab pitch in June: a tool he described as an “automated A&R web platform” aimed at labels, managers and promoters trying to identify breaking artists as early as possible.

Theakanath claimed that it could “identify up and coming artists 10 weeks before they hit the charts” by analysing the data from streaming services including Spotify and SoundCloud, with around a 70-30 rate of hits to misses – i.e. it predicted hits 70% of the time.

“A hit is considered someone you can sign and make a profit out of in some way, or they jump onto a major playlist in some way,” he said then.

Spotify is already working directly with independent artists without a label, so it wouldn’t be surprising if Apple Music did the same.