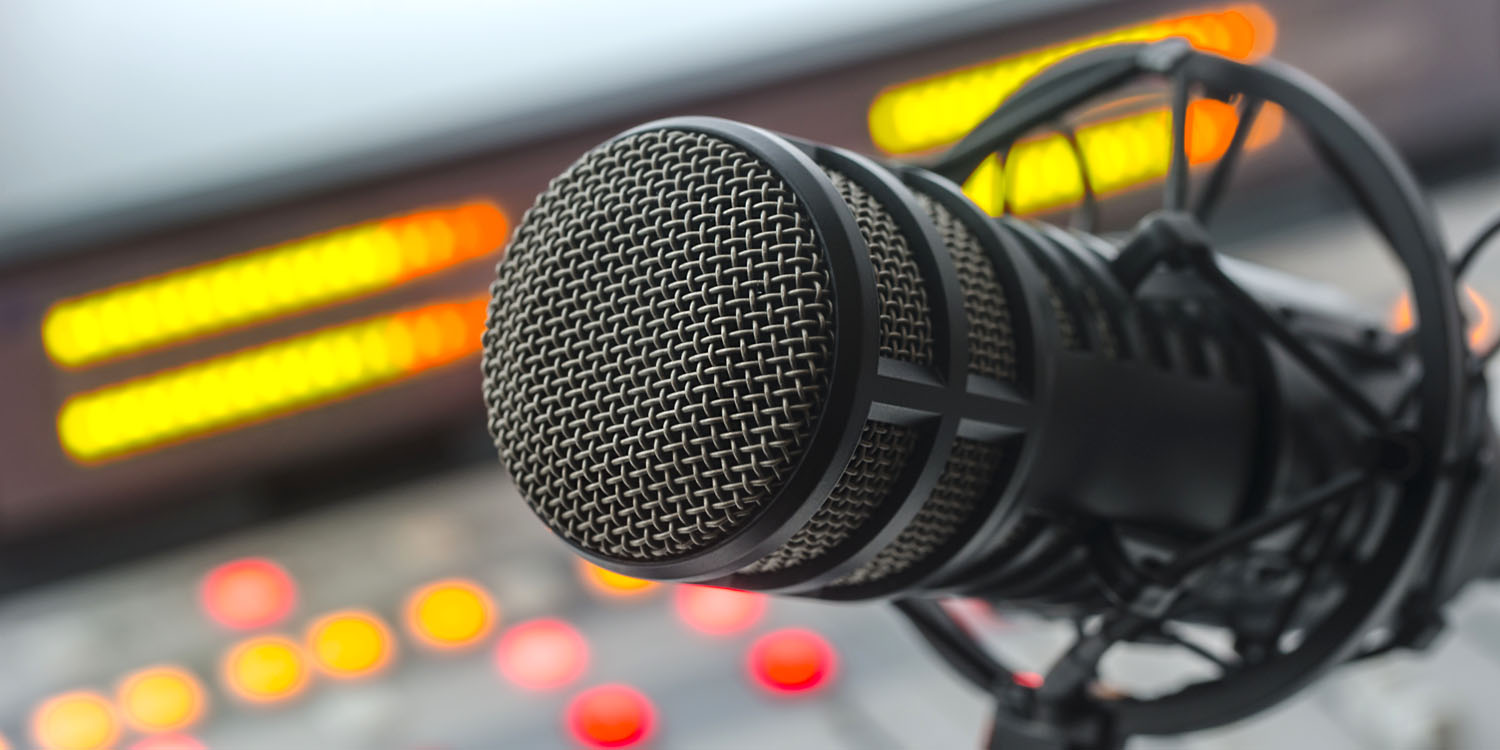 Manipulation via click farms was immediately suspected, and a new analysis provides pretty conclusive evidence that this is the case. Worse, though, it shows that it is happening again, despite Apple’s intervention …

Chartable did a deep dive into the issue, starting with Bulletproof Real Estate – which took the #1 slot in the podcast charts.

Although Apple doesn’t provide details of how its charts are calculated, it’s likely that the main factor is the number of subscriptions. Since that data isn’t publicly available, Chartable looked at something that is available for anyone to see: which other podcasts are recommended to listeners of each show.

The recommendations are pretty straightforward: People who subscribe to Serial also subscribed to Up and Vanished and Dirty John. Nothing surprising here.

Let’s take a look at the same recommendations for listeners of Bulletproof Real Estate. The top 3 recommendations are all from WARRIOR EMPIRE, a podcast network that also showed unusual movements around the same time […]

The shows recommend each other, plus the same 5 other podcasts. It seems really unlikely that the same listeners are listening to all of these shows, and catapulting them all to the top of the podcast charts. What’s really going on here?

The site then created a funky-looking map of all the ways these podcasts were related by recommendations. 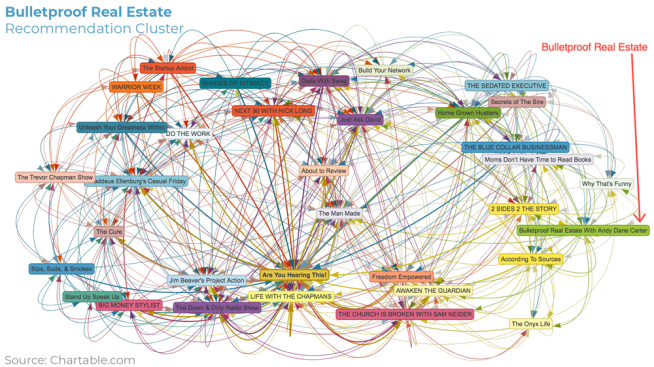 Essentially, they are all recommending each other. Given the disparate content, that clearly isn’t a natural occurrence – the same people listening to each show – and  further analysis confirmed that there are essentially zero recommendations to any of them from genuinely popular podcasts.

As further confirmation that the podcast charts were manipulated, Chartable says none of the shows match the four things seen with truly popular shows:

While Apple did take action, the site notes that the same thing is now happening again.

While manipulation [of the podcast charts] may be less prevalent than it was last week before Apple took action, it looks like it’s getting worse once again. Bulletproof Real Estate dropped to #95 on October 6th, but since then has slowly climbed back up to #20. And Entrepreneurship Stories 4Inspiration, whose logo features Chuck Norris sporting shutter shades, is currently sitting at #5 on the chart, having whipsawed in and out of the top 400 many times.