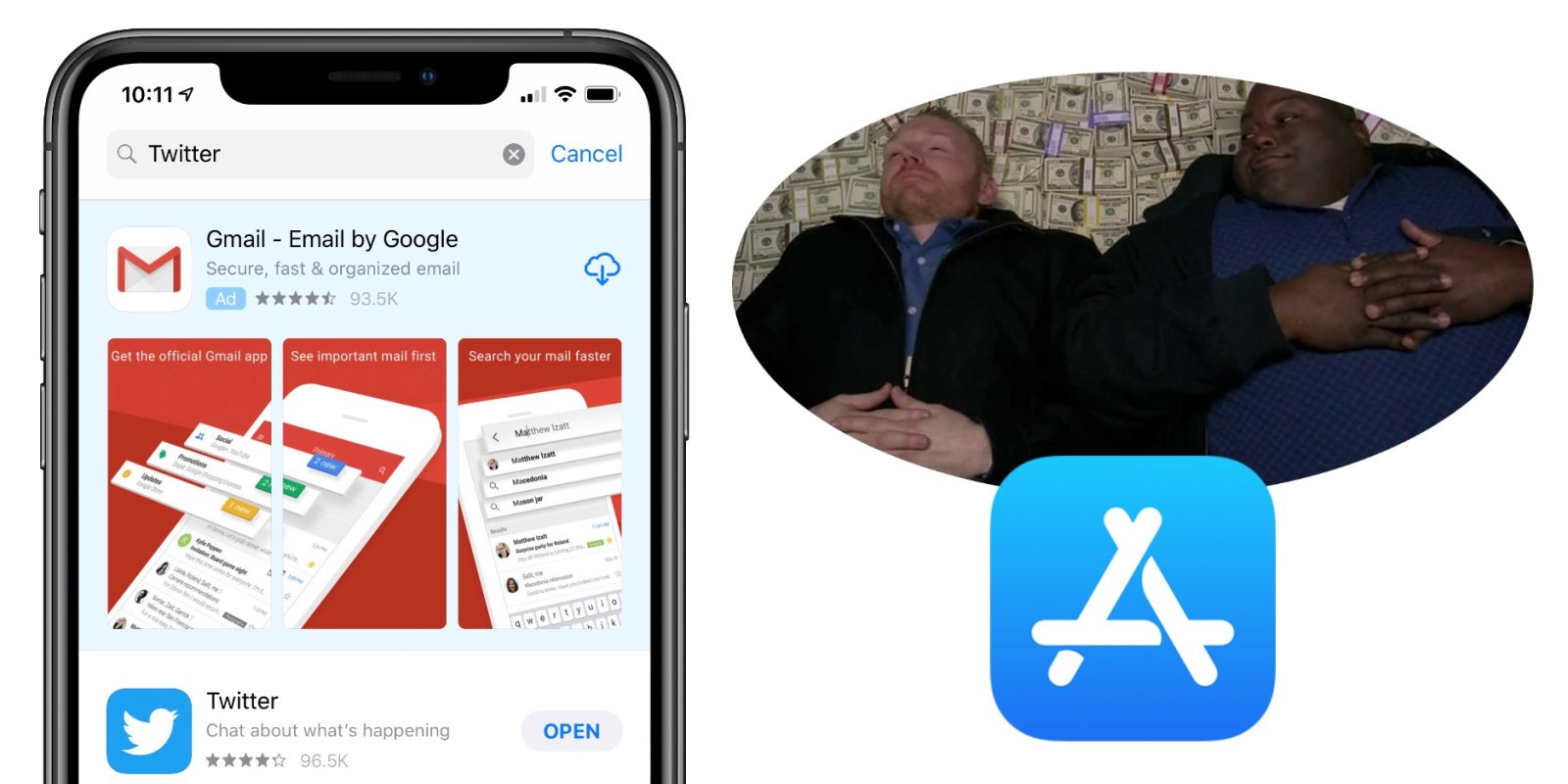 You know the ads that you see for apps above search results on the App Store? Apple started rolling out App Store search ads two years ago, and now at least one analyst believes the feature could be a $2 billion business all on its own in two years.

Sacconaghi said his estimate that Apple could approach $2 billion in Search Ad revenue by 2020 was “conservative” in note published Monday. The development means that Apple is likely to meet or exceed its goal of doubling its Services revenue by the end of 2020 to $49 billion.

Sacconaghi’s estimate is based in part on his forecast that Apple will make some $500 million this year on selling search ads on the App Store this year alone. The analyst compares the possible size of Apple’s search ads business in 2020 to that of Apple Music last year.

Search ads were initially introduced in North America in 2016 and expanded internationally last year in the UK, Australia, and New Zealand. More countries across Europe and Asia have gained search ads this year as well.

Apple has increased its focus on new ways to generate revenue through its Services division with products like Apple Music, subscriptions and search ads on the App Store, and a new video service based on original content in the works for debut next year.

Apple is scheduled to share its latest earnings results next Friday on November 1 following its second fall event on October 30th where new Mac and iPad Pro hardware is expected.