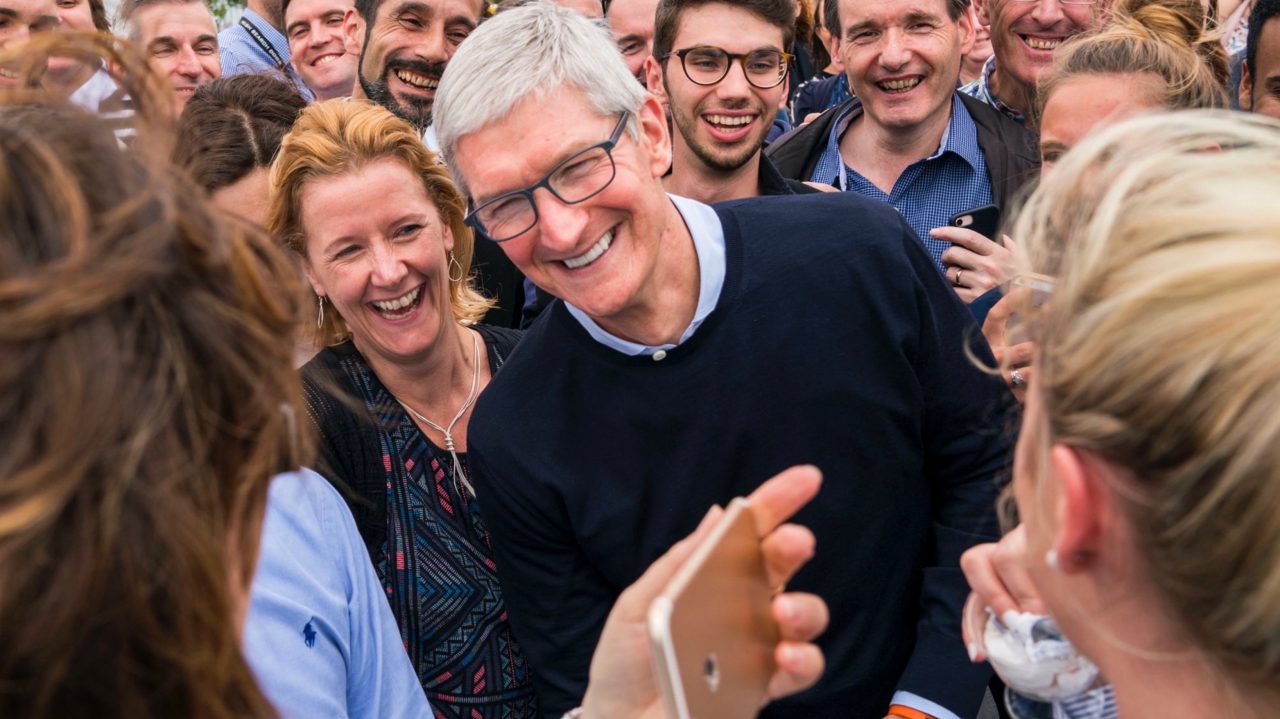 Following his keynote speech in Brussels this morning, Tim Cook sat down with CNN’s Christiane Amanpour to talk more about his privacy views, offer a rare glimpse at his personal life, and more. Read the details of the Tim Cook interview below.

First, Cook touched on his decision to publicly come out as gay, which he did back in 2014. The Apple CEO told Amanpour that he’s “very proud” to have been the first CEO of a major company to come out as gay, and called his sexuality “god’s greatest gift to me.”

Cook also reiterated the story behind what originally motivated him to come out:

“I was public because I started to receive stories from kids who read online that I was gay. They were going through being bullied, feeling like their family didn’t love them, being pushed out of their home, very close to suicide. Just things that really pulled on my heart. I started saying, ‘You know, I am a private person. I’ve kept me to my small circle.’ and I started thinking, ‘That is a selfish thing to do at this point. I need to be bigger than that, I need to do something for them and show them that you can be gay and go on and some big jobs in life.’”

Amanpour also asked Cook about his thoughts on the Trump administration’s reported push to roll back protection and regulations of transgender people under federal civil rights law:

The Tim Cook interview then shifted to his privacy comments, which we reported on earlier today. When asked by Amanpour for more details on the regulation Cook thinks is needed for privacy in the United States, the Apple CEO said that he’s “usually not a big pro-regulation person.” He added, however that there comes a time when it’s necessary to admit a free market approach doesn’t work for something and “take an action.”

“In this case, it’s clear that the amount of things that can be collected about you, without your knowledge, maybe with your consent – although it’s a 70-page legal piece of paper, just isn’t reasonable. These things can be used for such nefarious things, we’ve seen examples of this over the last several years and we think it’s time now to take this thing and put it under control, because if we don’t, the problem gets so large that it may be impossible to fix.”

Cook’s interview with CNN can be watched here.