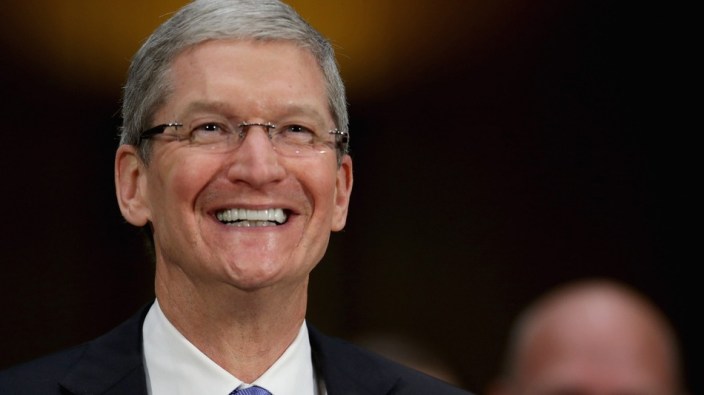 In an essay published on Bloomberg’s website, Apple CEO Tim Cook has publicly come out as gay. Although his sexuality wasn’t really a secret, this is the first time he has officially confirmed his sexual orientation. Cook says he has relaxed this aspect of privacy to help others as part of Apple’s efforts against discrimination. The essay can be read in full at Bloomberg Businessweek.

At the same time, I believe deeply in the words of Dr. Martin Luther King, who said: “Life’s most persistent and urgent question is, ‘What are you doing for others?’ ” I often challenge myself with that question, and I’ve come to realize that my desire for personal privacy has been holding me back from doing something more important. That’s what has led me to today.

Cook wants the story to be about the needs for equality, rather than his own personal life. He says himself and Apple will continue to fight for equality for all, regardless of background, race, gender or sexual orientation. Cook made similar comments at an Alabama Academy of Honor speech a few days ago.

I’ll admit that this wasn’t an easy choice. Privacy remains important to me, and I’d like to hold on to a small amount of it. I’ve made Apple my life’s work, and I will continue to spend virtually all of my waking time focused on being the best CEO I can be. That’s what our employees deserve—and our customers, developers, shareholders, and supplier partners deserve it, too. Part of social progress is understanding that a person is not defined only by one’s sexuality, race, or gender. I’m an engineer, an uncle, a nature lover, a fitness nut, a son of the South, a sports fanatic, and many other things. I hope that people will respect my desire to focus on the things I’m best suited for and the work that brings me joy.

Some backstory on how the essay came to be: