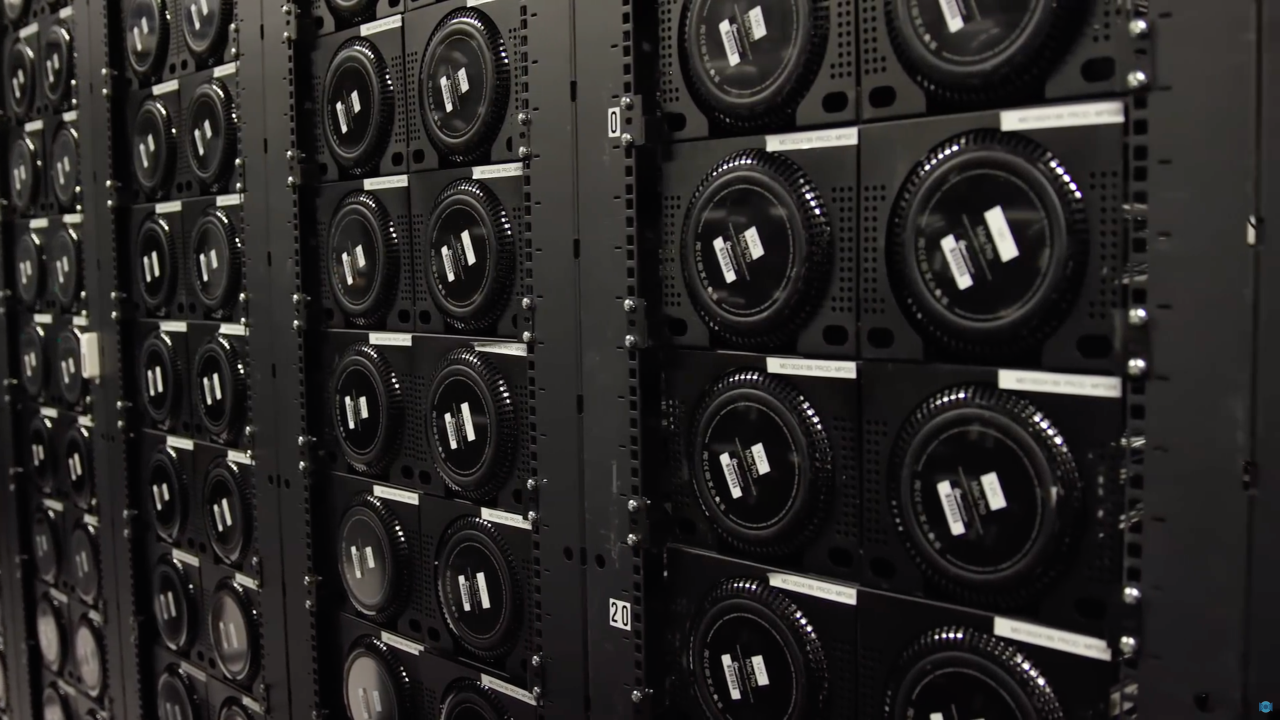 Apple mentioned at its iPad Pro and Mac event that third-party companies had racks of Mac minis at data centers being used as servers. At the event, Apple mentioned MacStadium as one of those companies. Now, YouTuber Snazzy Labs has posted a video, showing off what it’s like having endless shelves of Mac minis.

Apple wasn’t joking when it said companies have endless Mac minis on racks used as servers. In addition to Mac minis, MacStadium also has racks of 2013 Mac Pros, and the company recently introduced some iMac Pros to their setups.

MacStadium says there aren’t many companies that do what they do and at the scale they’re doing it at. Therefore, MacStadium developed custom (patented) racks to store its Mac minis and Mac Pros. For the iMac Pros, the company simply sandwiches the displays together, bypassing the 5K display entirely.

If you thought the Mac Pro is outdated and that nobody should buy them, MacStadium is looking to add “800-1,000 new Mac Pros within the next few months.” 🙂