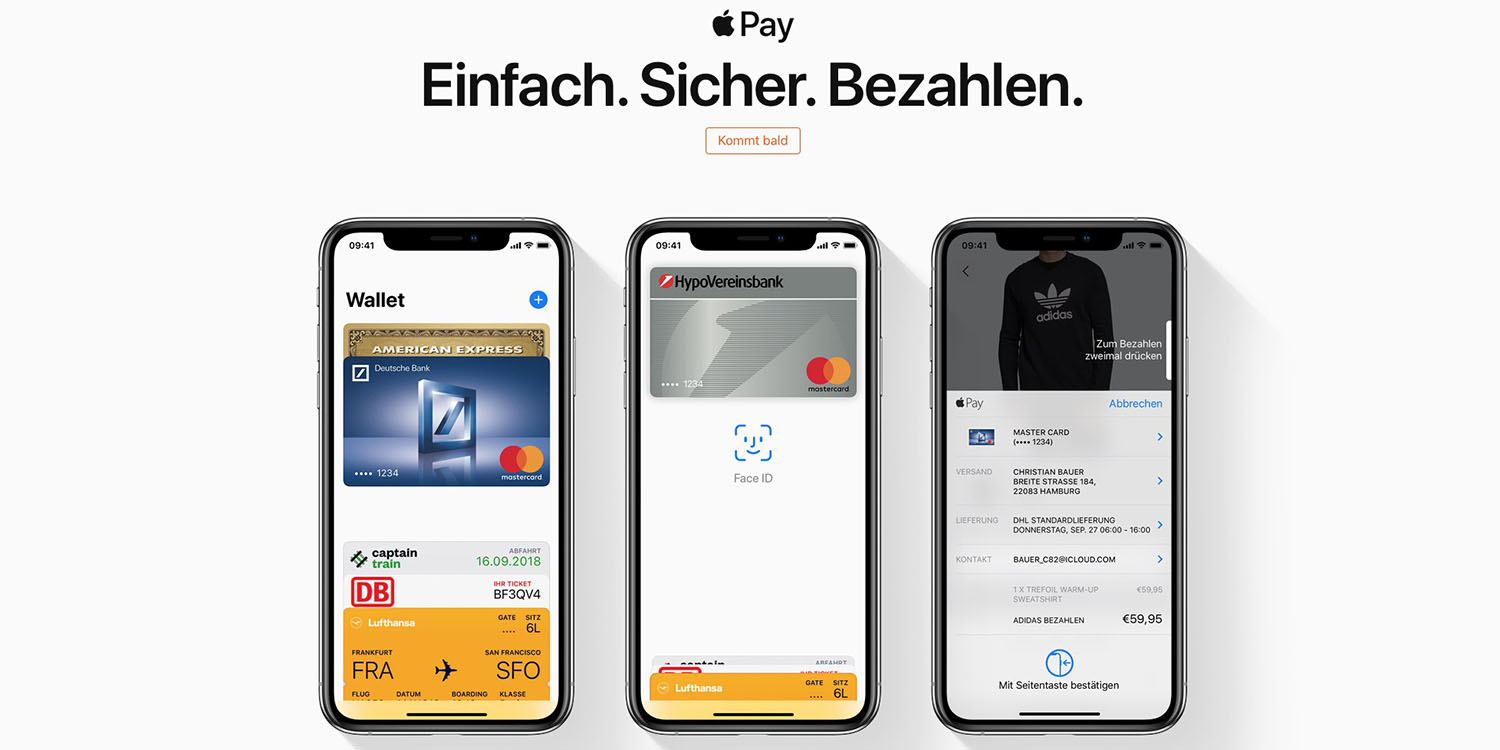 Apple’s German website, and that of a major bank, both say that Apple Pay is ‘coming soon’ in Germany, suggesting that the long wait may shortly be over …

The Apple Pay page on Apple’s German website has a new ‘Kommt bald’ (‘coming soon’) badge, and the website for HypoVereinsbank also says ‘In Kürze bei uns: Apple Pay’ – another way of saying the same thing.

HypoVereinsbank – the brand name of UniCredit Bank Aktiengesellschaft – is one of Germany’s largest banks. One of our readers tells us the bank just sent out a newsletter promoting the feature, and has created a website which promises to alert customers as soon as they are able to register their cards for the service.

In common with other European countries, Germany has long offered contactless payment, meaning that all the retail infrastructure is already in place to support the payment method.

Specific support for Apple Pay does, however, allow much higher transaction limits, and Apple says this will be supported by a wide range of companies, including Aldi, Aral, Avia, DM, Galaria Kaufhof, H&M, KKiosk, Lidl, MediaMarkt, Netto, Shell and Zara.

It’s been a particularly frustrating wait in a country which also places strong emphasis on privacy and security, as Apple Pay allows purchases to be made without sharing your actual card number with retailers.

It was recently reported that Apple Pay is also about to launch in Belgium.