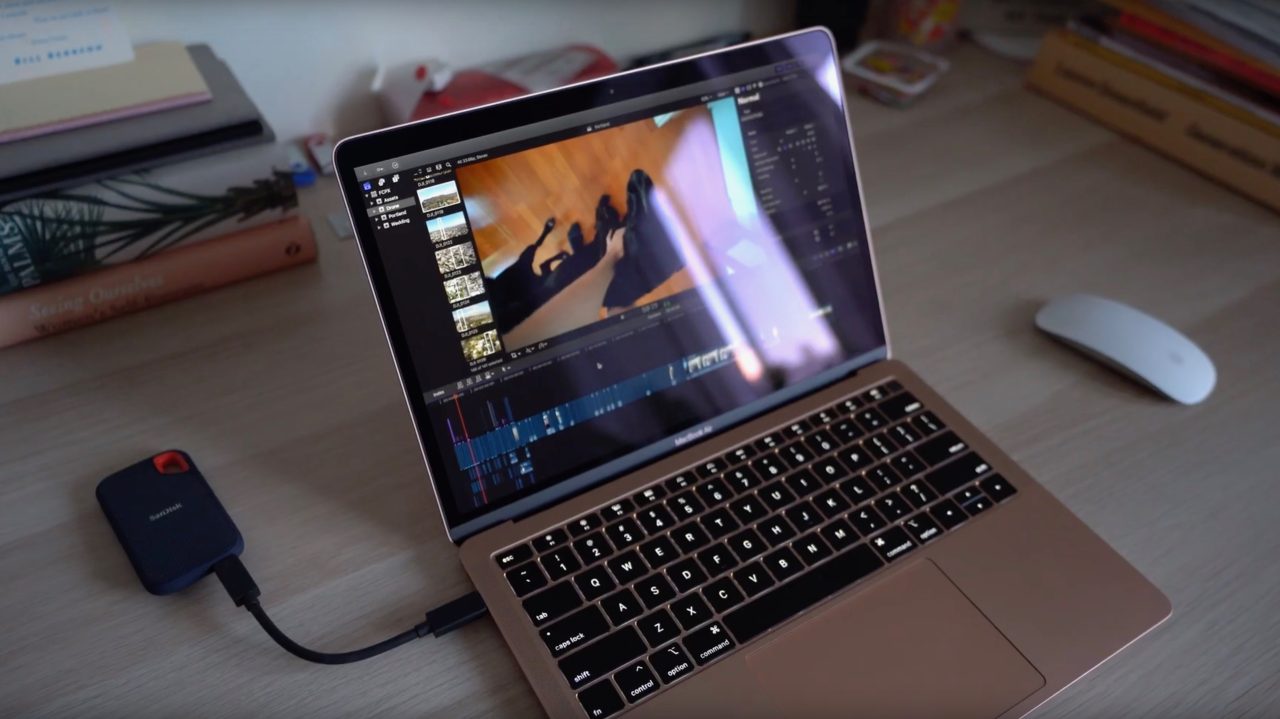 Adams says that using the 13-inch Retina MacBook Air in its base configuration, he was able to edit videos at his “own speed.” He notes that he used the “Better Performance” setting for his timeline view rather than the “Better Quality” option.

“Scrubbing on the timeline and working as I normally do, there’s really not that much of a difference,” Adams said referring to performance between the MacBook Air and his MacBook Pro. Due to the MacBook Air’s standard 128GB SSD, however, Adams did opt to add an external 1TB drive from SanDisk to his editing workflow.

The new Retina MacBook Air is powered by a 1.6GHz dual-core 8th-generation Intel Core i5 processor with a standard 8GB of RAM. You can upgrade the RAM to 16GB, but the machine Adams was using featured the base 8GB. Meanwhile, Adams’ MacBook Pro is a 2016 model with a 3.3GHz Core i7 processor and 16GB of RAM.

Ultimately, Adams says the new MacBook Air is perfectly capable of serving as his primary edit machine. “I could absolutely shoot and edit everything I create as a YouTuber with this MacBook Air, and this is a base model,” he concluded.

Early Geekbench tests have shown the new MacBook Air to offer modest performance improvements over the previous-generation MacBook Air, as well as the 12-inch MacBook. We’ll likely learn more about the device’s performance when it’s officially released on Wednesday.

Did you order a new Retina MacBook Air? Let us know down in the comments!