Running with Apple Watch Series 4 and optimizing for long workouts 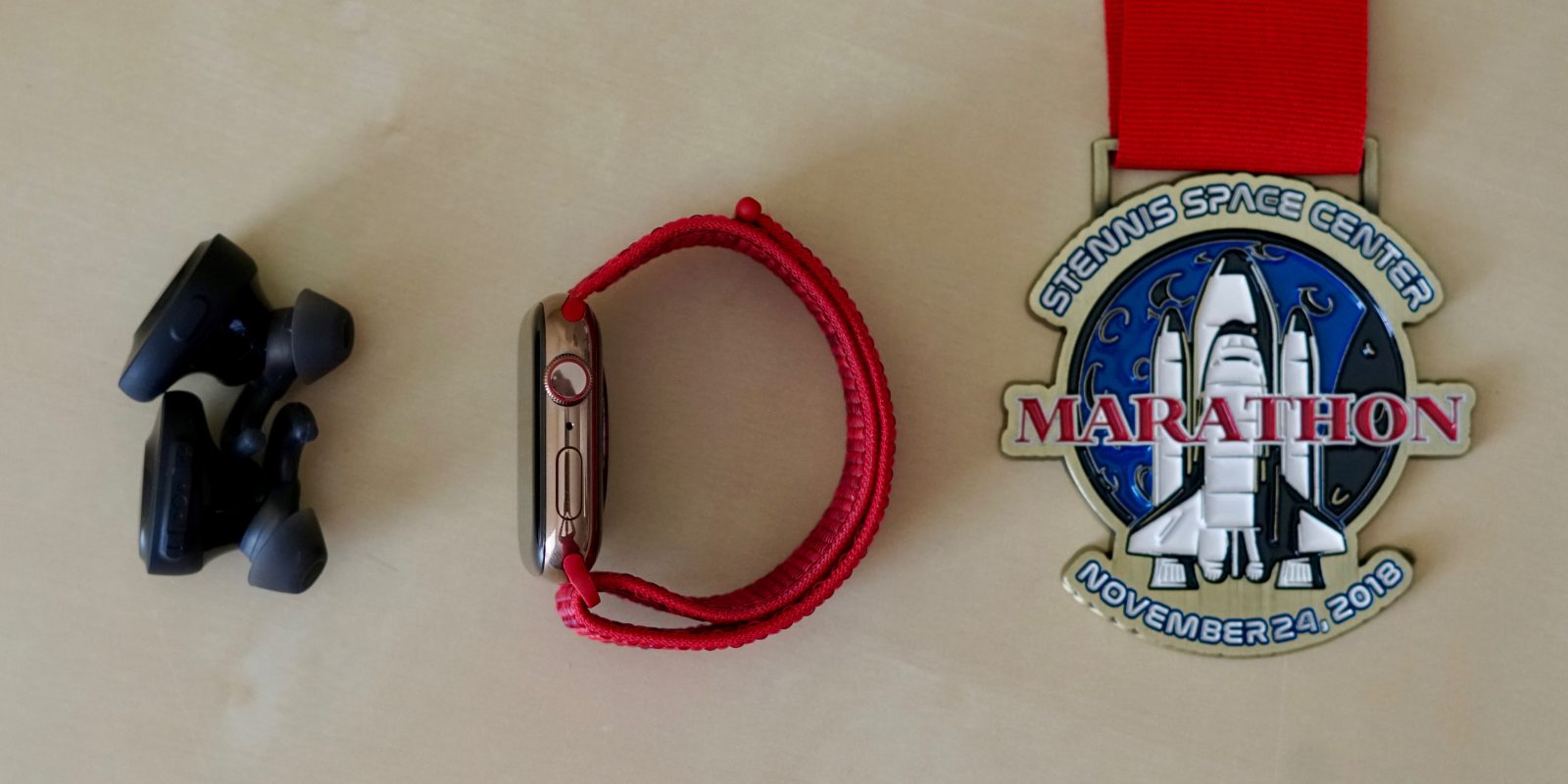 I ran my second half marathon race on Saturday with Apple Watch, and the overall experience was fantastic — aside from a few quirks. I trained much more ahead of time and applied lessons learned from the experience a year ago. Aside from better training that resulted in shaving nine minutes off my year-ago time, optimizing for battery life on the long run made the biggest difference in improving the experience this year.

The course itself was interesting: a NASA rocket testing facility located in the middle of a mostly rural area. Running 13.1 miles around the John C. Stennis Space Center — which requires government I.D. for entry — meant lots of visuals of fascinating buildings and equipment that I couldn’t otherwise access.

The route was also generally flat but did include noticeably more incline than the course I ran last year, and the weather was a bit more challenging with 60º F versus 30º F and 60% humidity. Last year I finished the half marathon in just over 2 hours 27 minutes and felt every second of the last five miles. This year I shaved off nine minutes after finishing the race in just over 2 hours 18 minutes and felt like I had more fuel in the tank.

My gadgets also had more fuel in the tank at the end of the race — and not just because I was a little faster this year. Last year I ran with Apple Watch Series 3 and AirPods using Nike Run Club and the built-in heart rate monitor. Some music was stored locally on the watch, but I used Siri to play something that wasn’t in my library for part of the race. I use AirPods when I workout or run alone 95% of the time, but they never seemed to get loud enough for the half marathon last year. As a result, both the Apple Watch Series 3 and AirPods struggled to last through the finish line.

This year I didn’t have to think once about battery life during the half marathon. 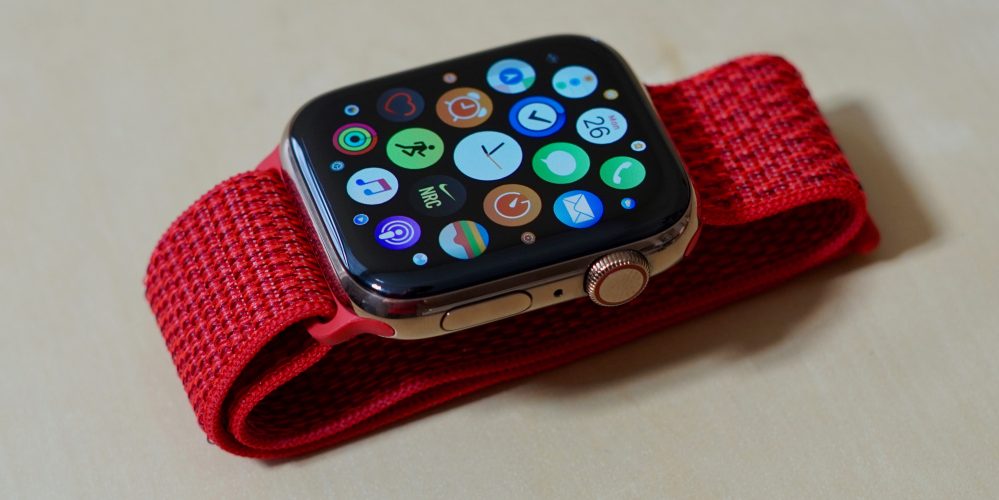 I also switched from AirPods to Bose SoundSport Free headphones for music and voiceover feedback from Nike Run Club on the Apple Watch for the sole purpose of this run. SoundSport Free are truly wireless like AirPods and promise the same 5 hour battery life at 50% volume, but the in-ear design makes music louder and more immersive without cranking the volume as high. Zero low battery alerts on any device. SoundSport Free won’t replace my AirPods for daily usage, but I’m keeping them for long runs like future half marathon races.

I also thought ahead and made an Apple Music playlist with three hours of music (just in case) that I synced to Apple Watch the night before the race. I usually just stream music over Wi-Fi or LTE and let the watch sync my Heavy Rotation and For You playlists, but I wanted to minimize cellular usage during the race.

Cellular on Apple Watch Series 4 was still useful for sharing location with friends and family tracking my progress with Find My Friends, and I enjoyed receiving encouraging messages throughout the race (and even using a response suggestion to reply to one). 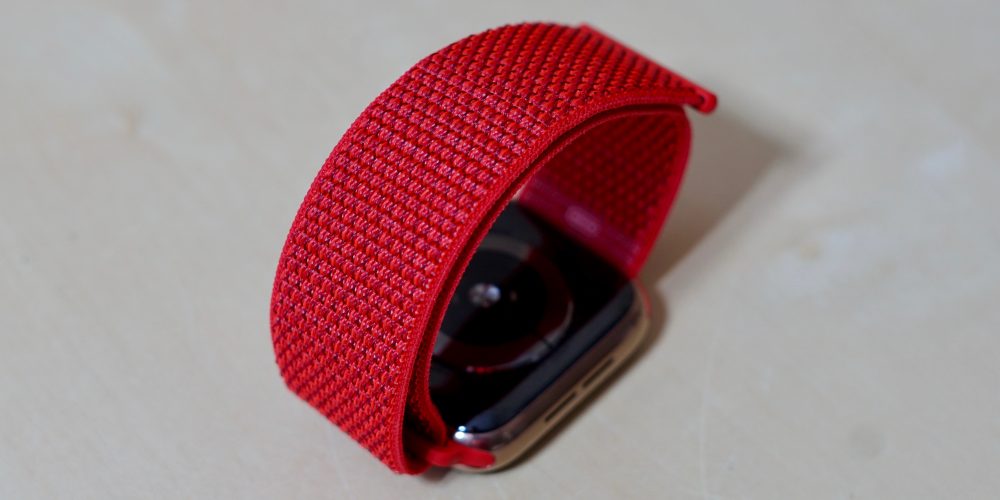 Using an external heart rate monitor and playing locally downloaded music helps preserve battery life, but turning cellular off would go even further if you needed even more power and didn’t want to strap an iPhone to your arm. The option to easily toggle cellular back on would still be useful if you needed it in an emergency.

Taking steps to optimize for battery life performance on a long workout is especially important with older hardware. My running partner ran with my year-old Apple Watch Series 3 (the same one from my first half marathon) with an external heart rate monitor (Polar H10) and Beats Powerbeats 3 headphones, but his watch struggled to last through the finish line at just over 2 hours 20 minutes.

In theory, the watch should have lasted much longer with an external heart rate monitor this year since the same watch got me through just over 2 hours 27 minutes last year with the built-in heart rate monitor fired up. The difference could be in software (watchOS 5 versus watchOS 4,) but my suspicion is just that it’s the difference in a year of wear on the battery. We’re racing again in two weeks and my recommendation to my friend is to just turn off cellular.

The other quirk in the experience is how distance is tracked. My Apple Watch Series 4 logged my half marathon finish at just over 2 hours 13 minutes, but I didn’t complete the course until 2 hours 18 minutes. Even with cellular and GPS, the watch consistently logged each mile about a tenth of a mile before the course markers which added up. This mirrors my experience a year ago with Apple Watch Series 3 almost perfectly with a five-minute difference at the end. 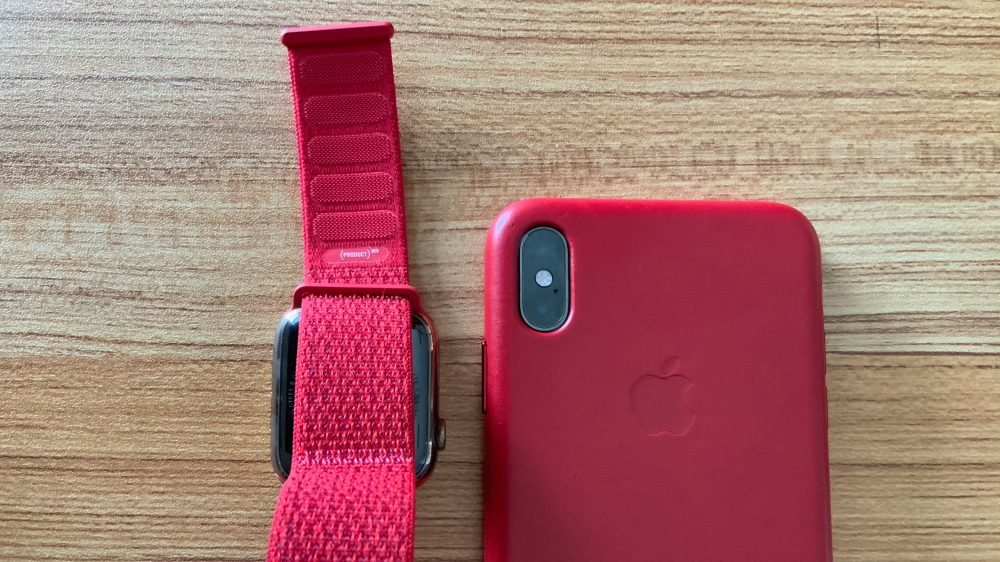 That’s almost enough to make me consider a GPS watch like the Garmin Forerunner 235, but I want to troubleshoot the problem a bit more for now. GPS connectivity issues (along the beach last year and near giant satellites this year) caused by interference could be to blame.

I also really like Nike Run Club as my run tracker because my running friends use it and we compete, and it automatically captures personal records for distances like fastest mile, longest run, and fastest half marathon. I am curious to learn, however, if Apple’s Workout app or another third-party app would log more accurate distances.

As for this year’s half marathon race, I’m happy with the experience and proud of my progress from a year ago. My goal for both races was simply to finish; it was a nice perk this year when I realized early on in the race that training for longer runs would reward me at the finish line. It was also really nice to not worry about battery life on my devices nor feel like my music needed to be louder. I’m taking it easy for the next few days then returning to the flatter course with cooler weather along the beach in two weeks for another half marathon.

(Trivially, I’m also a fan of the new (PRODUCT)RED Sport Loop strap. It pairs quite well with stainless steel gold.)