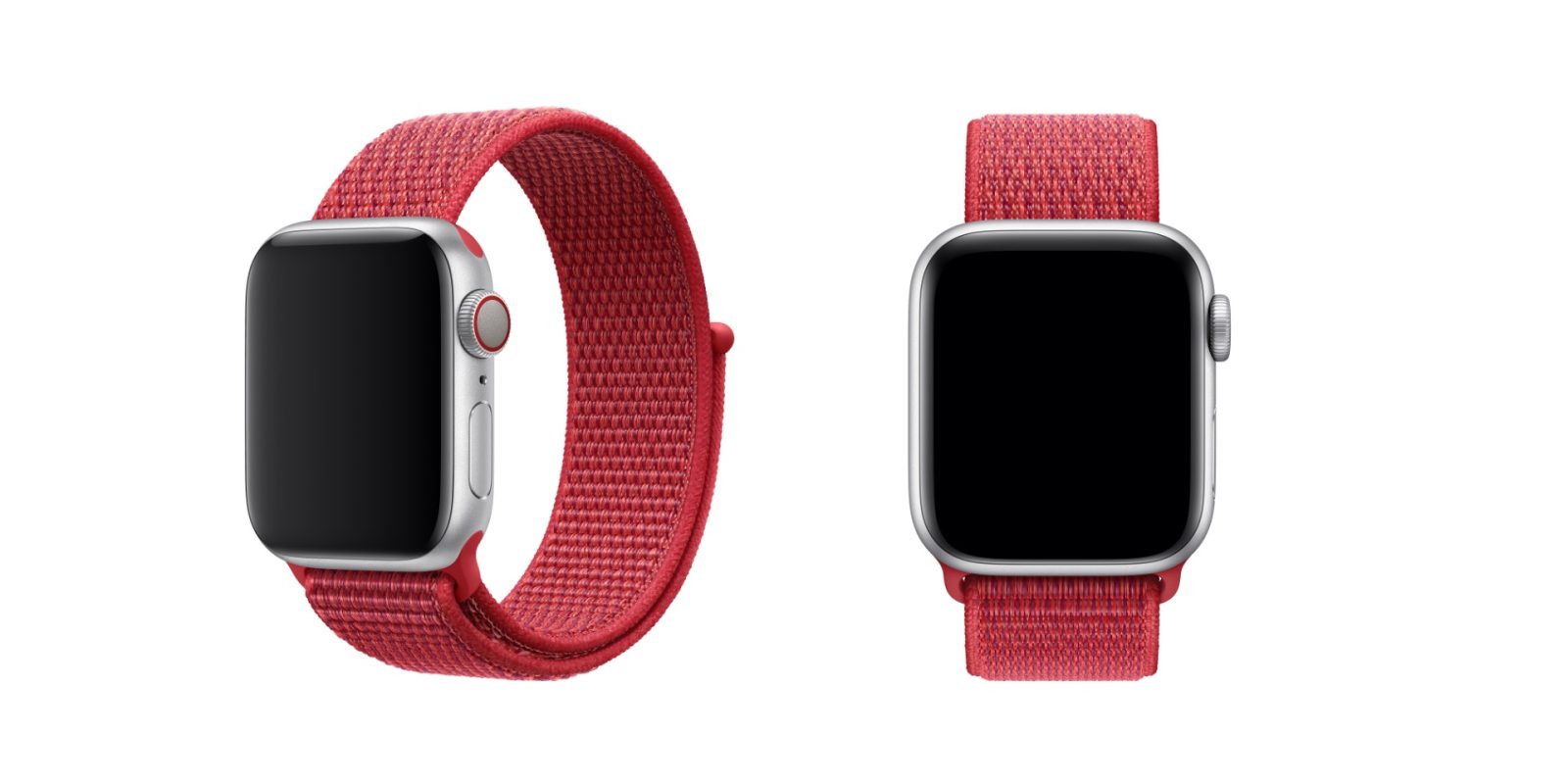 New Nike bands aren’t the only thing coming for Apple Watch this week. Apple has debuted the first red Sport Loop today alongside new Hermès straps that starting shipping earlier this month. Naturally, the new Sport Loop is officially (PRODUCT)RED which means a “portion of the proceeds from every (PRODUCT)RED purchase will go to the Global Fund to fight AIDS in Africa.”