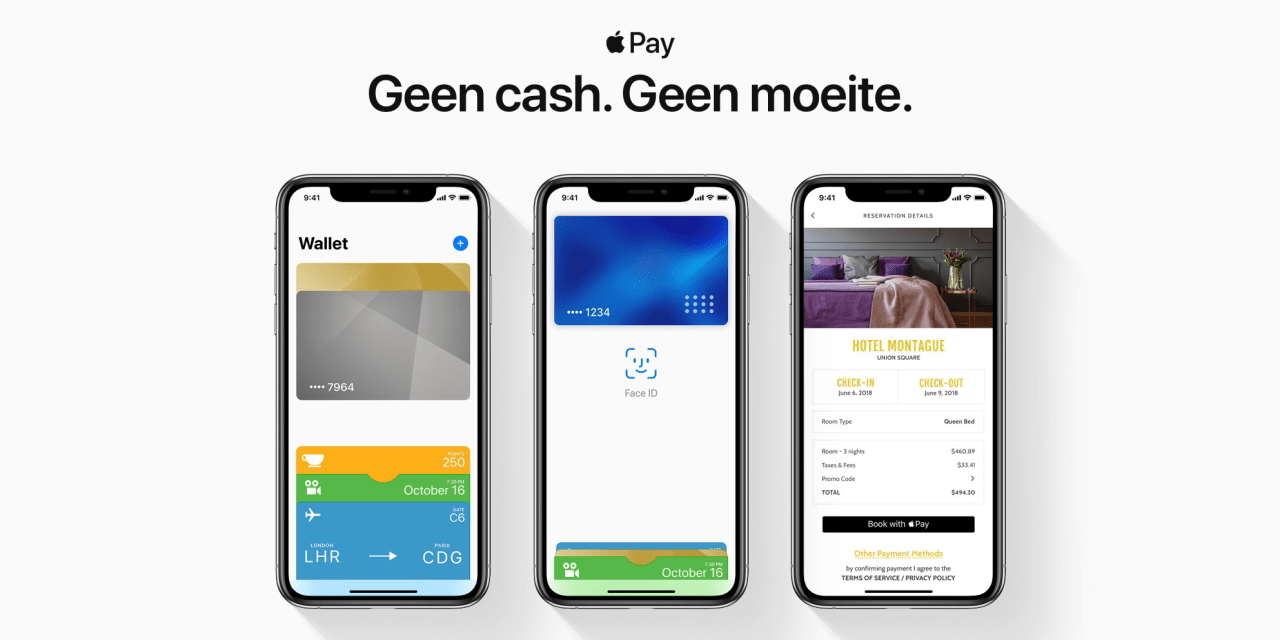 Apple Pay has today launched in Belgium. Just like everywhere else in the world, Apple Pay enables you to make transactions at retail stores using the contactless NFC chip inside the iPhone and Apple Watch. You can also pay using Apple Pay on the web in Safari for iOS or Safari for Mac.

The Belgium local launch partners include Fortis, Fintro and Hello Bank. Get started with Apple Pay now using the Wallet app on your iPhone.

Update: These three brands are seemingly all part of the same conglomerate, BNP Paribas. The other big banks in Belgium have yet to join the Apple Pay train.

Apple Pay is free to use as a purchaser, there is no premium beyond what you would normally pay with a card transaction. The service is accepted anywhere there is a standard NFC payment terminal and Apple partners with certain retailers to promote Apple Pay usage.

Apple Pay was introduced with iPhone 6, so any recent iPhone can support Apple Pay transactions. Add a card in the Wallet app to get started. The device stores the financial information on the Secure Enclave, and protects it with Face ID or Touch ID biometrics, which prevents prying eyes from getting your card details or making purchases without you being present. Apple itself does not see your transactions; recent transactions are viewable on device.

Users can add Apple Pay to iPhone through the Wallet app or add Apple Pay to Apple Watch using the Watch companion app on iPhone with the Wallet settings. MacBook Pro with Touch Bar owners and those with the 2018 MacBook Air can set up Apple Pay too, visit System Preferences -> Wallet & Apple Pay. If you don’t have a Touch Bar/Touch ID on your Mac, you can still make Apple Pay purchases on desktop Safari. When it comes time to buy, you simply use your iPhone to authorize the payment.

Apple has already announced that Apple Pay will launch in Germany by the end of the year.