Oddly enough, the MacBook hasn’t received an update this year. The MacBook starts at $1299 (routinely discounted), but the base model contains an Intel Core M processor, so it’s going to struggle compared to some of the other computers.

It includes the previous generation keyboard that was known to have reliability issues, and it still only has 1 USB-C port (you’ll need accessories). Is the MacBook worth buying? If you want the smallest and lightest laptop that runs macOS, then yes. You’ll pay a premium for it, but it’s still a good machine. It’ll likely receive an update sometime next year, so hold off if you can. I would recommend the model with the upgraded processor and 512GB storage if you can afford it.

The bottom line is that it’s overpriced for the performance, but you are paying for the portability. 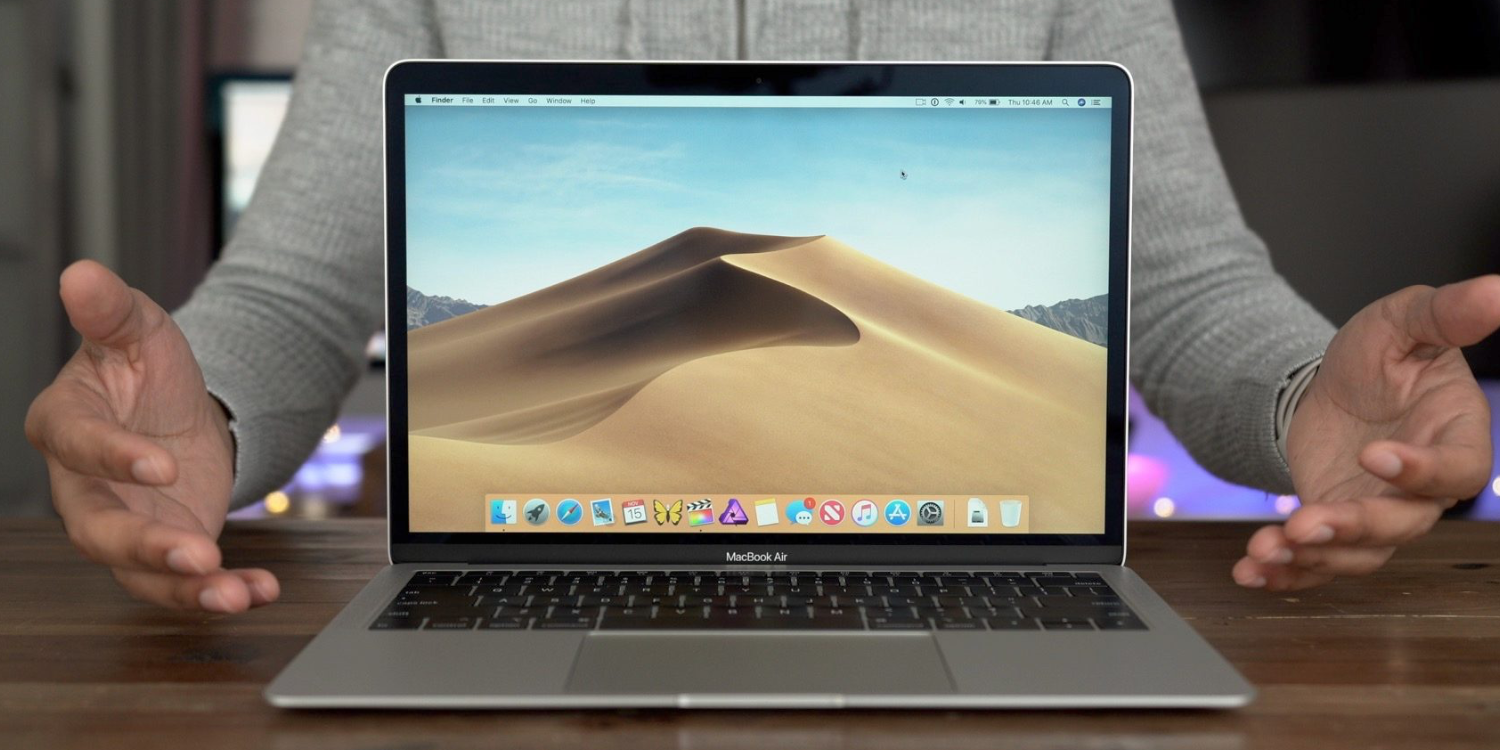 The MacBook Air is the newest laptop in Apple’s lineup. After years of it selling well despite being an old machine, Apple finally revised it to include USB-C, a retina screen, a 16GB RAM upgrade option, and a modern processor.

It also picked up the new third-generation butterfly keyboard that is supposed to be more reliable. My only complaint about this laptop is that the storage should start at 256GB and go up from there. The base model includes 128GB, which can fill up very quickly. It also includes Apple’s T2 chip for additional security. 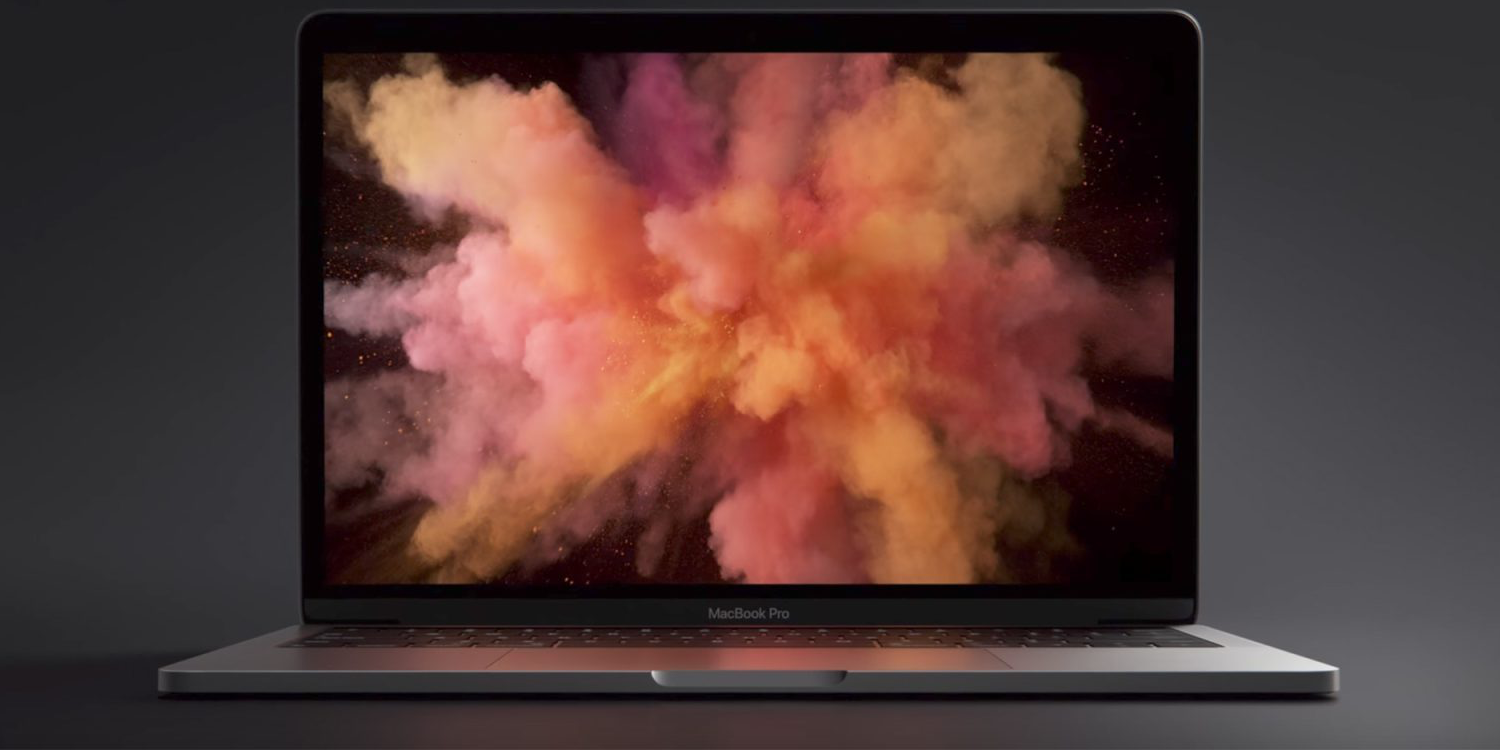 The MacBook Pro models were updated earlier this year (except for the low-end 13-inch model).

The new laptops also bring Apple’s True Tone display technology to the Mac lineup for the first time, as well as a third-generation butterfly keyboard. Apple says the new keyboard enables quieter typing, although hopefully there are reliability improvements as well. There are no changes today to the non-Touch Bar MacBook Pro.

The new laptops can be configured with up to 32 GB RAM and up to 4 TB SSD. In addition to adding True Tone from iOS, the laptops also bring ‘Hey Siri’ to Mac for the first time. ‘Hey Siri’ is enabled with the Apple T2 chip coprocessor, which also delivers enhanced system security and secure boot — just like the iMac Pro.

These upgrades were undoubtedly impressive. If you need 32GB of RAM, you are thankful for the option. If you need additional onboard storage, you are grateful for the option. While the price jumps up quickly, creatives are willing to pay because of the benefits it’ll bring to their workflows. The jury is still out on the keyboard, but we’ve not yet seen the widespread problems that we saw with the previous models (yet).

The Touch Bar is still a point of discussion for a lot of people, but I am indifferent on it. It’s an interesting addition, but I don’t know if it’s something I would want to pay extra for. I rarely use the F keys, but maybe I would use the Touch Bar more if my laptop had it. My co-workers who have it do like it.

Overall, the MacBook Pro is in a healthy place. It contains a modern processor and plenty of upgrade options. I would recommend everything but the non-Touch Bar models. If you want something around that price point, I would recommend the Air instead.

In all seriousness, don’t buy it. Obama was the US president the last time the Mac Pro was updated and Apple is likely releasing an overhauled model in 2019. 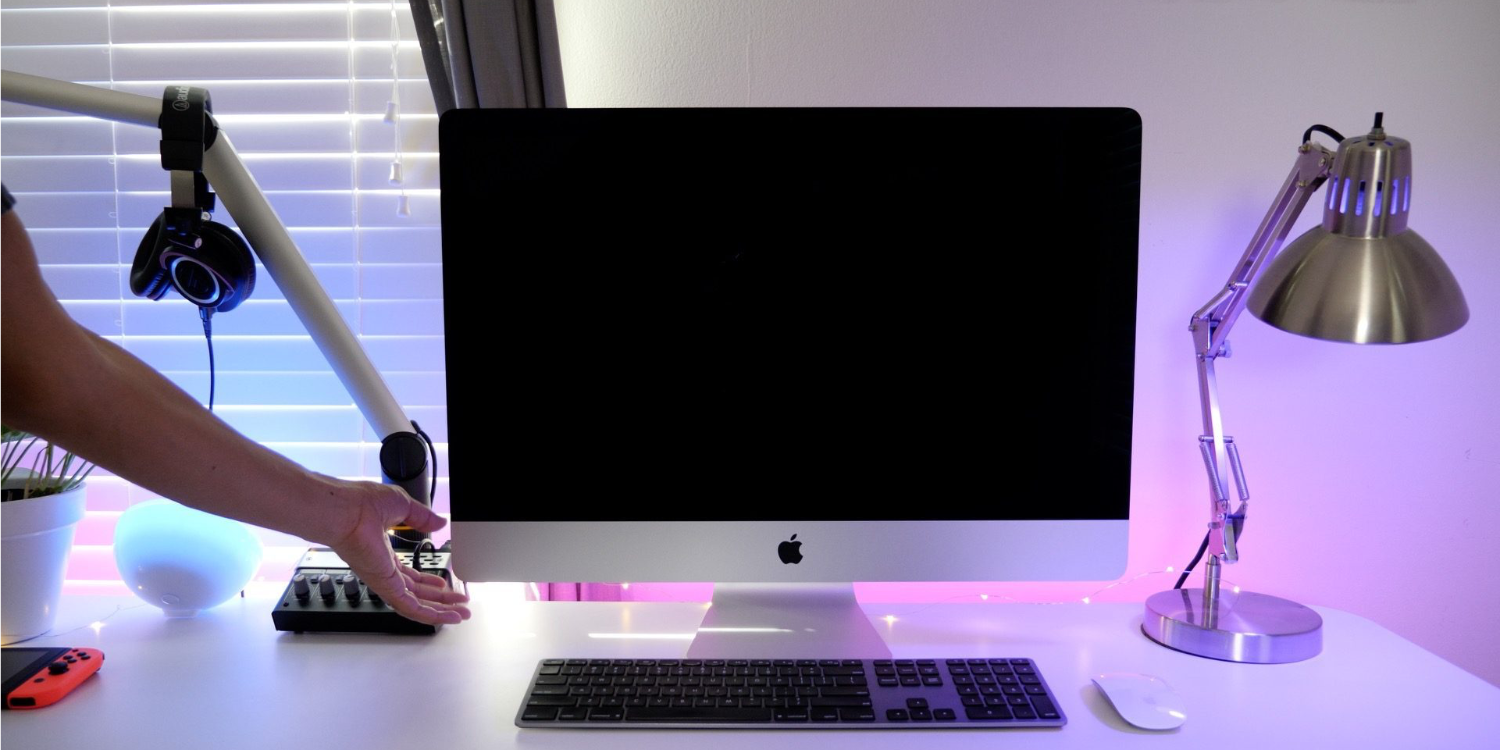 The iMac is at an interesting place right now. Is it a powerful machine? Yes, but it wasn’t updated in 2018. Is it a capable machine if you buy one for Christmas? The screen is still amazing, the hardware is reliable, and the processor is still fast. If you want an iMac style body, then you won’t regret it. If you can wait till the next round of updates, I’d recommend holding off.

Going forward, I’d like Apple to stop selling a low-end model without a 4K display. They should also stop selling models with spinning platter hard drives. The default hard drive is a 5400 RPM drive. The default should be 256GB flash storage with upgrades from there. Even the $1499 model is still a spinning platter drive with a small flash option (known as a Fusion drive).

Overall, the iMac is still a great machine, but I would have liked to have seen at least a processor upgrade earlier this year. 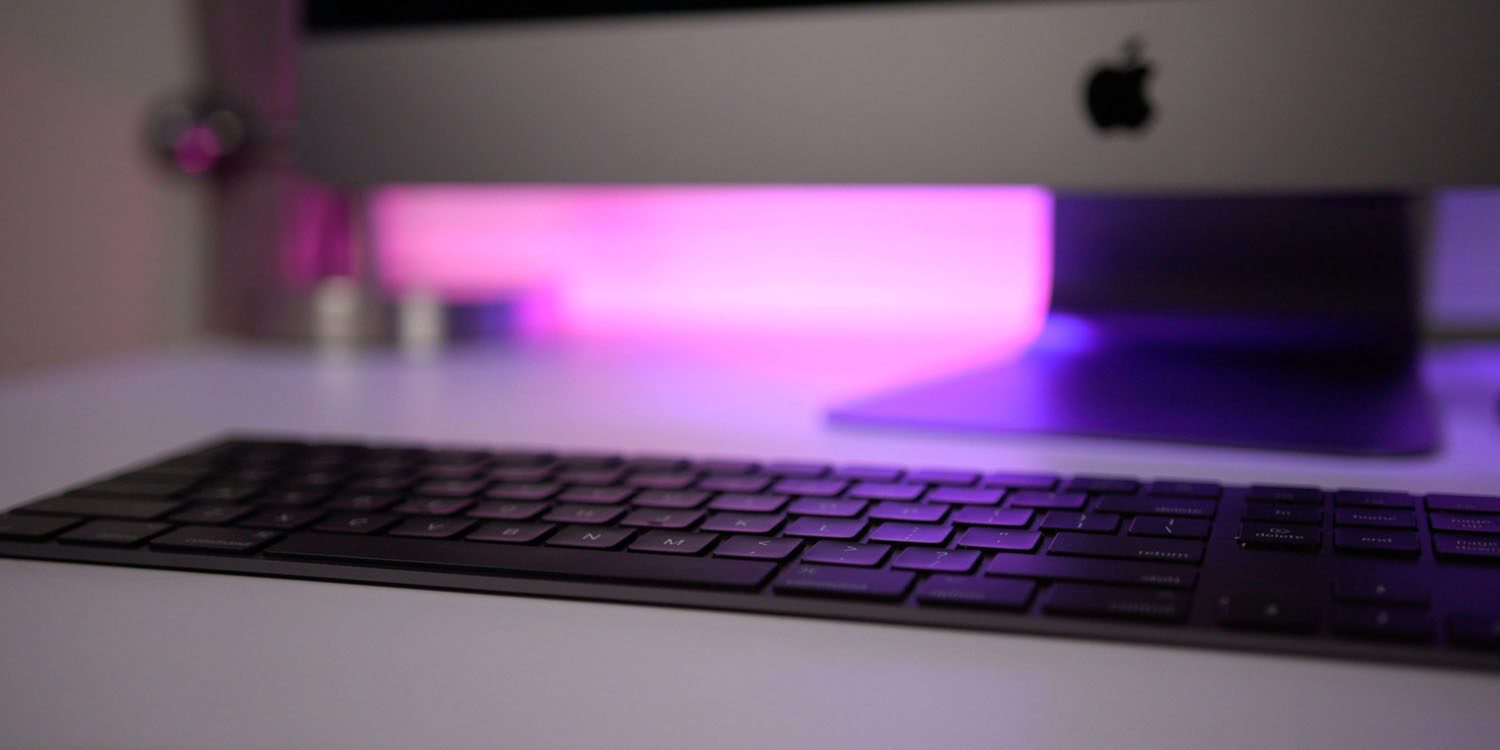 The iMac Pro was met with much fanfare when it was released. It was one of the first built for power users machines Apple had released in a while. It starts at $4999, and contains 32GB of RAM, a 1 TB flash storage drive, 10 gigabit ethernet, a 3.2GHz 8-core Intel Xeon W processor, and Radeon Pro Vega 56 with 8GB HBM2 memory. In summary, it’s fast.

While it didn’t receive updates in 2018 (it came out at the end of 2017), it’s still a great machine. If you need hardware like this, $5000 is a business investment vs. something for photos and browsing the web. 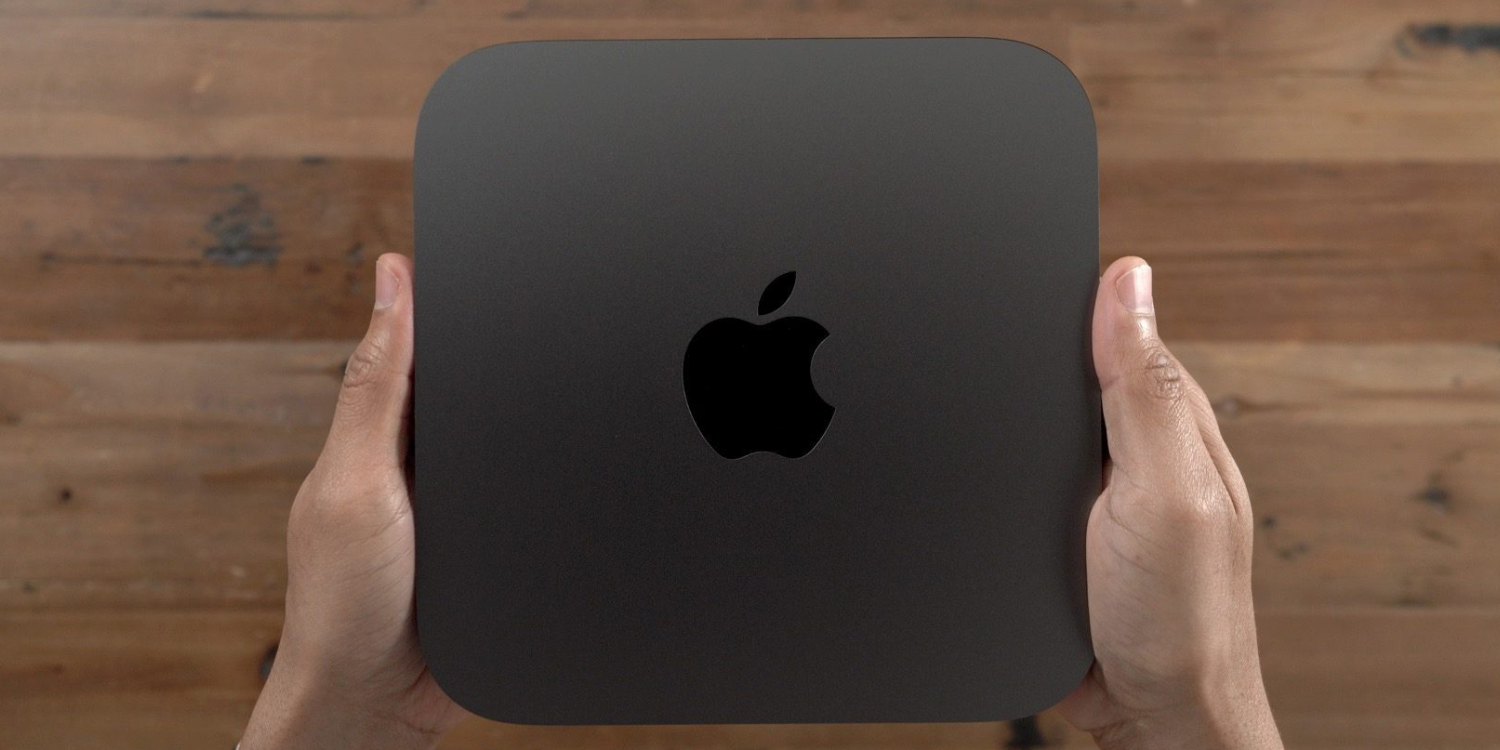 The Mac that was the most frustrating (due to lack of updates) is now back to being the darling. Apple has just released new Mac mini models, so now is a great time to buy this model.

It includes 4 USB-C ports, 2 USB-A, Ethernet, HDMI, and a headphone jack. The port situation is the opposite of what Apple has done with its laptop lineup, so we were all surprised. It also picked up Apple’s T2 chip for additional security.

Overall, if you want a desktop for the home, the current Mac mini is the best Mac to buy.

Like I mentioned with my state of the iPad article, all of these devices are useless without software. Apple released macOS Mojave earlier this year. New features include a system-wide dark mode, desktop stacks, a new screenshot utility, and more.

While the rate of innovation on macOS might seem like it has slowed, Apple has continued adding small enhancements year after year to make macOS a better experience for new users while remaining a great place for power users as well. It’s not perfect, but there is no OS I’d prefer to use than macOS.

What’s the best Mac to buy?

As we head into the final few weeks of 2018, Apple’s Mac lineup has been set for the next few months. While the Mac Pro desperately needs an update, all of the rest of Apple’s computers can be recommended. If you are searching for buying advice, here are my final recommendations:

Outside of that, I would recommend the MacBook Air as the best laptop model and the Mac mini as the best desktop model. Both have been recently updated and should last for years to come. That said, all of the machines (outside of the Mac Pro) would be great computers to add to your home.