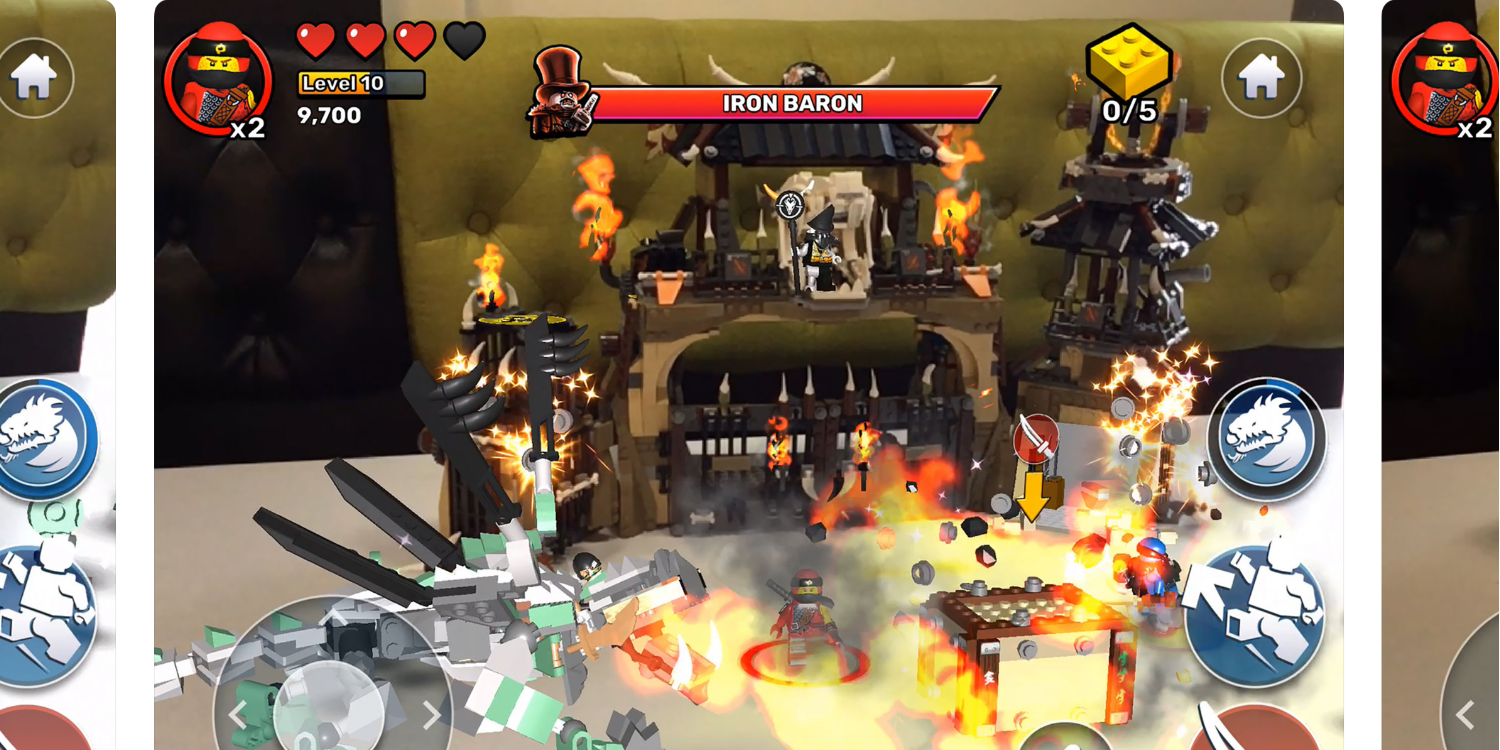 The app, first demonstrated at WWDC in June of this year, showed off the possibilities ARKit opened to developers. Rather than replacing a traditional set, LEGO hopes customers will be incentivized to buy more physical toys to have more fun digitally.

Luckily, LEGO is keeping the app kid-friendly, as there are no advertisements (besides the ad for LEGO, of course), nor are there any in-app purchases to tempt unsuspecting kids.

As previously reported, a similar LEGO AR Stuido app (not available in the US) shows similar gamplay action to the new LEGO AR Playground.

The full press release can be read below.

The game uses the multi-user support in Apple’s ARKit technology, allowing two players to connect and play together in the same shared play space.

Users can connect and team up with a friend to battle against the Dragon Hunters, share power-ups and 3D assets, create strategies to withstand the endless waves of Dragon Hunters and even compare high-scores with friends.

LEGO Playgrounds is intended for all ages. However, the first LEGO NINJAGO AR playground is recommended for ages 9+ due to the game-play and storyline complexity.

For the current LEGO Ninjago AR experience available in LEGO Playgrounds, there is an option to play 5 levels without a physical LEGO set. The app will simply look for a flat surface and allow you to play in AR only. Naturally we do encourage players to go beyond and unlock the fun around their existing physical LEGO sets.

The LEGO Playgrounds app will be free to play. There will be no in-app purchases or any ads or marketing messages.

The AR technology utilized in the app will require an iPhone 6s and above, with the latest iOS updates.