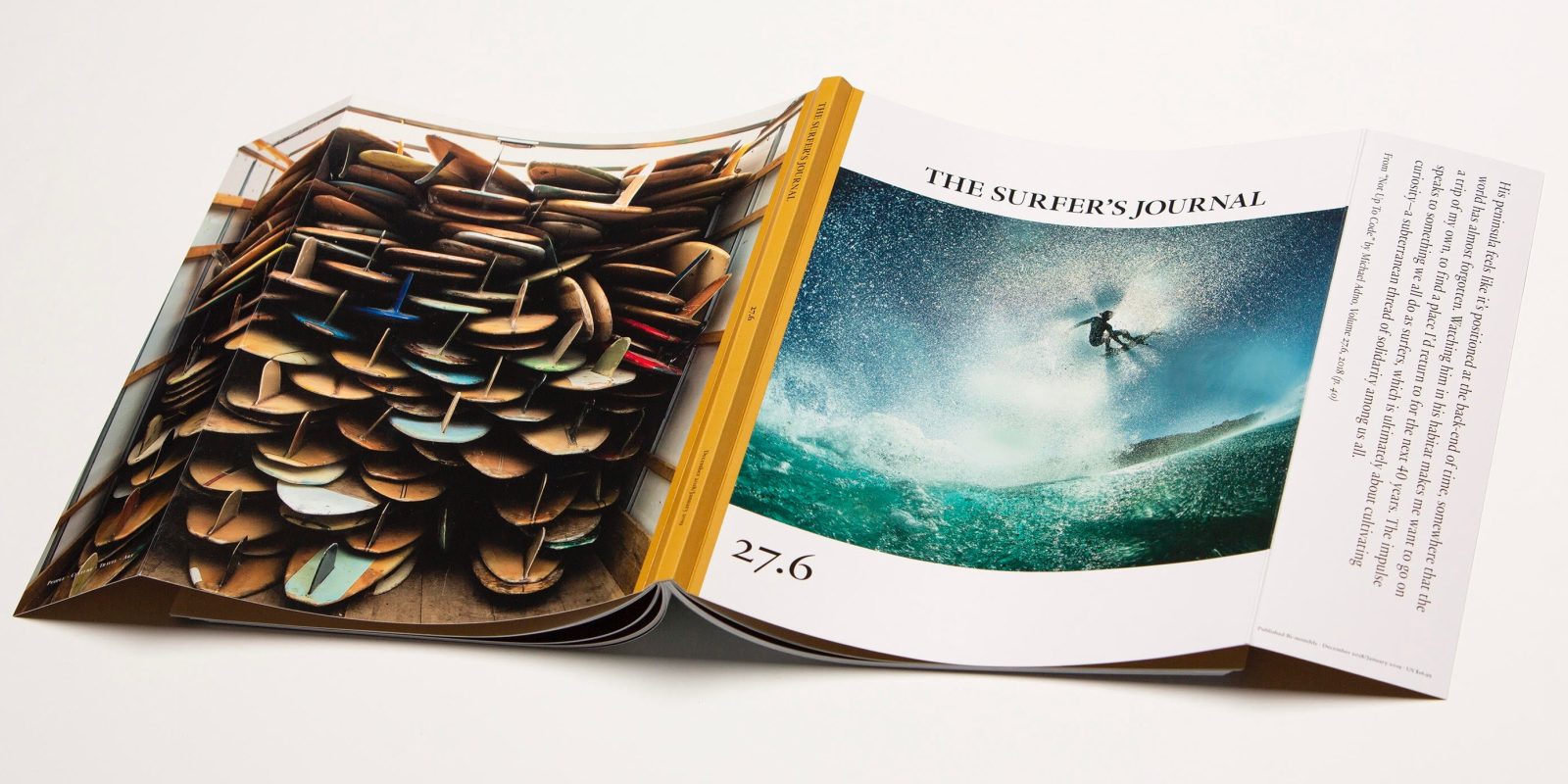 Apple CEO Tim Cook took to Twitter this weekend to show off the cover of the November/December issue of Surfer’s Journal. The cover, which depicts a surfer in gorgeous blue water, is the latest magazine cover to have been shot on iPhone.

As noted by Stab Magazine, the cover was shot entirely on an iPhone by photographer Zak Noyle. The image shows Mikey Wright “mid-flight and suspended in a constellation of glistening offshore plumage and bright blue sky.”

Surfer Journal’s art director Jim Newitt explained that one thing they look for in choosing a cover image is having a universal image that speaks to everyone. One thing we’re personally curious about, though, is which iPhone was used to shoot this cover image.

“You’re always looking for those universal images; that speak to everyone. Those are the best ones. Something undeniable. In some ways we’re lucky, because of our publishing cycle [bi-monthly, working 2 issues out], we just can’t be timely. That liberates us from having to use the latest greatest shot

In addition to the front cover of this Surfer’s Journal, the back cover was also shot with an iPhone. This one was taken by DJ Marshall at Barry McGee’s solo show in Santa Barbara and depicts a stack of surfboards.

On Twitter, Tim Cook Praised the cover image shot, saying Noyle “captures the artistry and the athleticism of surfing. Makes us want to catch a wave of our own!”

This is certainly isn’t the first magazine cover to have been shot on iPhone. Last year, Time Magazine exclusively used iPhone to shoot portraits for its September issue. Condé Nast used an iPhone 7 Plus for its April 2017 issue.

Loving the cover of the latest @SurfersJournal — #shotoniphone. @ZakNoyle captures the artistry and the athleticism of surfing. Makes us want to catch a wave of our own! 🏄 https://t.co/K1AVbgeD34 pic.twitter.com/HX5QeN72vr