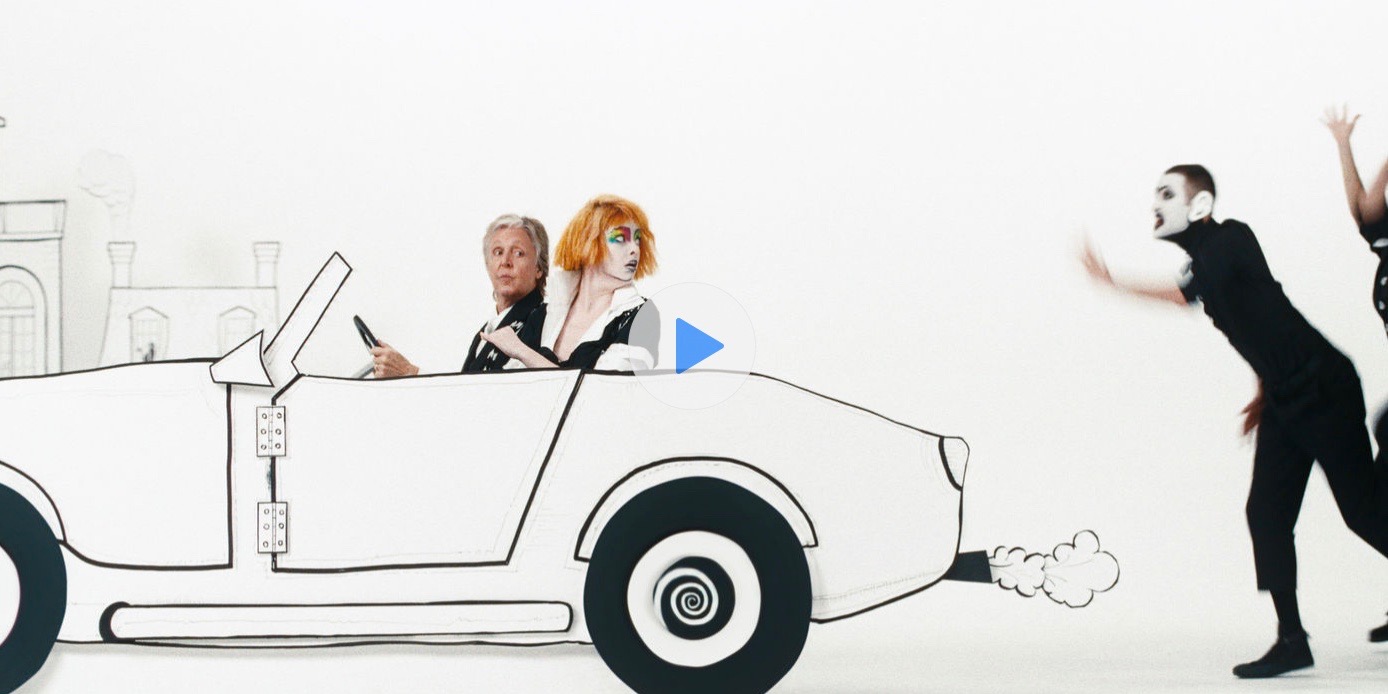 Paul McCartney has partnered with Emma Stone to create a new video for his anti-bullying song, Who Cares, from his 2018 album Egypt Station. The new musical short is available now as an Apple Music exclusive.

McCartney’s latest album was released in September this year. The hour-long, 16-track release includes the song Who Cares which tackles the subject of bullying.

Apple promoted that the new 6-minute musical short on Twitter today, which is live for Apple Music subscribers.

The short starts with Stone entering a hallway which leads to the office of Dr. Lorenz, Behavioral Hypnotist/Meterologist played by McCartney. The video uses an abstract approach to share the anti-bullying message of the song.

Here’s the chorus of the song:

Variety notes that the video premiered last night at the Beverly Hills’ Fine Arts Theater. It was directed by Brantley Guitierrez, a seasoned McCartney tour photographer and choreographed by Ryan Heffington.

You can check out the full musical short here which will be an Apple Music exclusive for 24 hours.