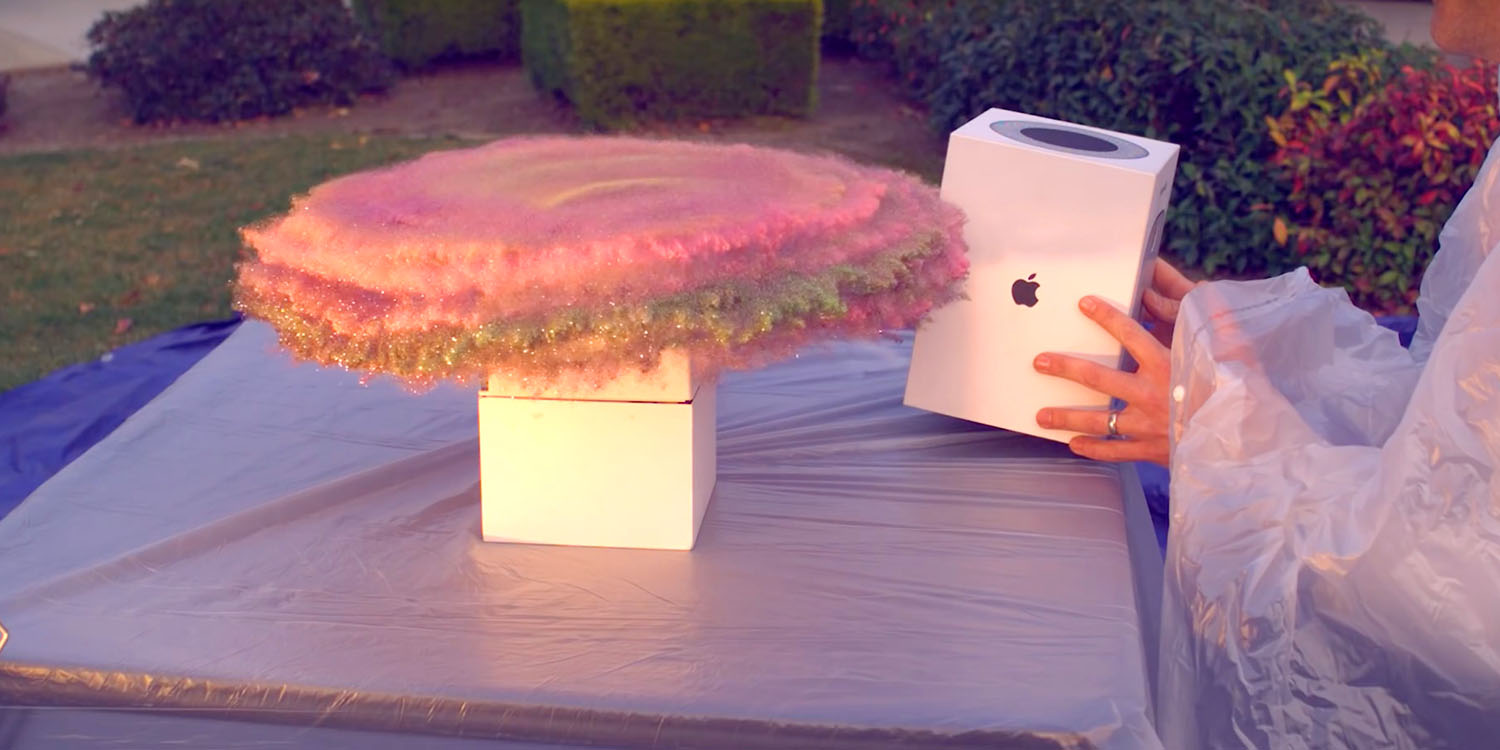 A former NASA engineer (and alleged Apple engineer) came up with an ingenious way to get his revenge on thieves who steal packages from doorsteps: he turned a HomePod box into a glitter bomb …

Mark Rober said that he came up with the idea after having a package stolen from his own doorway. Despite the fact that the theft was captured on video, police said that it wasn’t worth the resources to pursue the case.

Someone stole a package from me. Police wouldn’t do anything about it so I spent the last 6 months engineering up some vigilante justice. Revenge is a dish best served fabulously.

Glitter was chosen because it is essentially harmless – he uses a spinning funnel rather than explosives to create the glitter cloud – but gets everywhere. Glitter sticks to clothes, furniture, carpets, car seats, you name it. Oh, and he added a ‘fart spray’ noxious smell for extra entertainment.

Best of all, he fitted four LTE cameras uploading footage to the cloud so that he – and we – could enjoy watching the device activated and see the reactions of the thieves.

The entire device was built into a HomePod box wrapped in clear packaging, to make an attractive target for thieves. He then left it on his doorstep, and didn’t have to wait long before the first thief took it.

Thieves couldn’t wait to dump the package after it was activated, meaning he was able to use GPS to track down the unit and use it again.

Check out the video below. If you want to build your own, Rober collaborated with Sean Hodgins on the project, and he has shared a video of the build here.

If you’re looking for a more legitimate way to get your hands on a HomePod, there are discounts available from Apple and others taking the cost down to $249 in place of the usual $349.