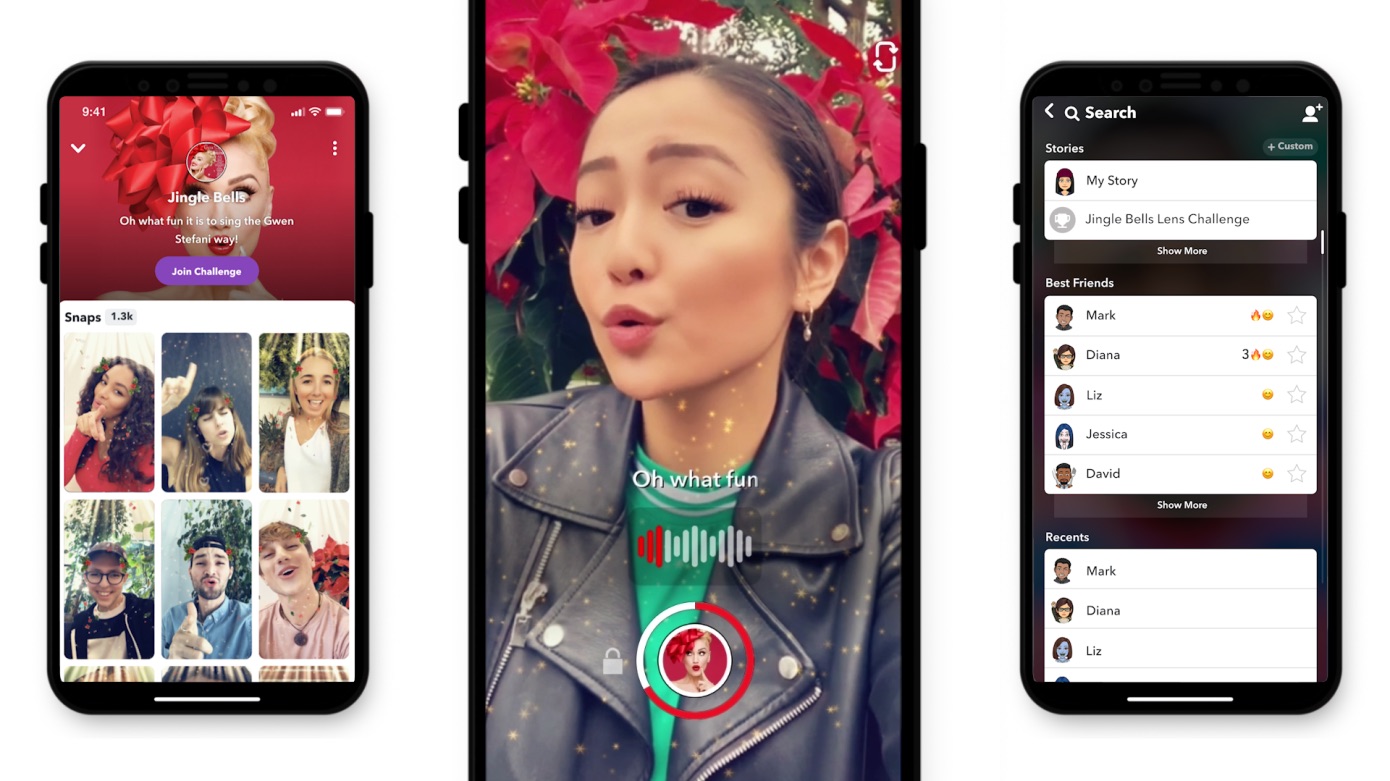 As TechCrunch reports, Snapchat’s goal with Lens Challenges is to increase user engagement. With the feature, users can compete in viral challenges and share their participation with other Snapchat users:

Snapchat is looking to increase user engagement with the app with the launch of a new feature called Lens Challenges. Users can opt to participate in the challenges by creating a snap with a Lens that’s themed to a particular song, dance, holiday, event, and more, the company explains.

One of the first Snapchat Lens Challenges is to sing along with Gwen Stefani’s version of “Jingle Bells.” In this challenge, users are presented with on-screen lyrics and asked to record themselves singing along.

The Jingle Bells challenge was created by Snapchat itself, but users will also be able to create their own Lens Challenges. The first example of this is the “Disappear” challenge, created by Snapchat user Jye Trudinger. Here, the challenge asks users to “take to photos that superimpose, in order to make the photo’s subject disappear.”

Snapchat Lens Challenges are similar in many ways to the popular TikTok social application. On TikTok, users regularly compete in dance, lip sync, and other viral challenges. TikTok has been growing at a rapid rate recently, and Snapchat is seemingly looking to steal a bit of its fire here.

Lens Challenges are accessible via the Lens explorer in the Snapchat app. From the camera interface in the app, tap on the emoji icon next to the shutter button and look for the new challenge option. From there, you can record your challenge and send to others, add it to your Story, or add to it to the global Lens Challenge Story.

You can also view Lens Challenges from other users without having to actually compete. This can be done by accessing the same challenges interface in the Lens explorer.

The Snapchat Lens Challenges feature is rolling out now, but if you don’t see it just yet be sure to keep checking over the coming days as it could take some time to roll out to all users.